The National Arts Centre in Ottawa welcomed the world premiere of Tedd Robinson’s FACETS, a mash-up of three prior solos performed with six artists, including Robinson himself at one point. The piece is a creative retrospective in which the choreographer explores his recurrent themes of balance, material sculpture and movement, and risk-taking with humour and courage. As introspective solos, it was all the more interesting to see different performers interpret the personal nature of Rokudo, Rigmarole and Redd, nouveau genre.

As one would expect with a combination of choreographies, there was a lot going on in the foreground and the background; from active movement, to subtle shifts, a strong current and an undercurrent. FACETS was also influenced by many styles, from clubbing chic to ancient Japanese iconography.

As viewers, we got the impression that the parade of clothes coming on and off, being laid onto the ground, folded, moved and cross-dressed put emphasis on what we expose to others. The clothing laid out sometimes formed outlines of persons, which were extended by objects through the head and limbs, seemingly forming thoughts and connections. Sometimes, these objects would become part of the dance.

The main dancer, Riley Sims, entered the stage sheet-clad, like a blind ghost. He shed the sheet and entered a silver sparkling fabric tube in which he struggled, created shapes and then confronted by smashing into it with the full force of his body from the outside. This looked like a liquid mirror, which took the shape he wanted it to take, and also against which he struggled. It begged the question: how do we see ourselves in the mirror?

The secondary dancer, Angie Cheng, produced visual art with her entire body. Bare-chested in her underwear, she painted her body white with the poise of a geisha. The sound of water pouring into the metal bowl of paint was soothing. She then put on a platinum-blond wig and began to dance and draw onto a floor canvas, which suddenly make her look like Maddie Ziegler from the Sia videos. After crumpling the canvas into a paper igloo, she emerged treating it like the skirt of a gown. That’s when she began to sing like a siren.

Simon Renaud stripped to his underwear and morphed into a female figure in a black skirt, donning a black veil and wandering, with seashells in his hands. Was he a widow? Was he grieving, or longing for the sea? Or was he peaceful? It should be noted how masterfully he glided and danced across the studio stage in heels. The idea here seems to underline the notion of balance while under disguise, not being quite comfortable but making things work, at least from the outside.

James Gnam in his underwear and tank would roll into a plastic tarp as though he was retreating into a cocoon. He would then stand in it, dance from the waist up and even travel minimally across the space, as though he was a hopping merman. He would then unroll and release himself from this restricting but protective shell. A lot of his movement was defined by his interaction with this one accessory.

The nudity, as it is often used in contemporary dance, was not distasteful or shocking.  It wasn’t essential to the plot but it did blend in with the spirit of the piece.

Robinson is a daring artist in his use of pauses, which reflect back to the audience, creating a sense of acute (self-)awareness. The way he designs the use of props into his narrative is also intriguing. His dancers showed range, control, definition and depth.

Through these tensions, there was plenty of comic relief. The Sia-like opera, the club mosh pit, the over-stuffed suitcase and the lip-synch “guy with a woman’s voice” monologue were just a few of the unifying moments.

Despite the genius of the narrative and the layers of symbols and self-reflection, I was perhaps most disappointed to discover that FACETS was more of a performance arts piece than one of contemporary dance.  Obviously strong and talented, the dancers were all committed and trained to convey a range of emotions, intensity, withdrawal and social commentary. They were making creative use of props and stage sets to tell a story. The dance portions required skill … so why were they dancing so little? These performers seemed underutilized as dancers and it left me wanting more.

With an open mind and a curious spirit, treating the show as an experience is the best way to feel the choreographer’s inner world. Whether viewers like what they feel or not, by letting themselves experience the show, it will leave none indifferent. And that is art. 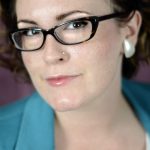