The vital, exuberant connection between music and dance is front and centre in Ziriguidum, presented by Calgary’s Decidedly Jazz Danceworks (DJD) and Brazilian jazz dance and music company Cia.Vatá.

Ziriguidum (Zee-ree-ghee-doom) is a Brazilian-Portuguese word meaning charisma, panache or mojo. It’s an apt description for this diverse show, from the eight DJD dancers and three-piece jazz band who perform in the show’s first half, to the six Cia.Vatá artists showcased during the second act. The joyful conclusion, Ziriguidum, combines the two ensembles in a collective choreographic work, with music composed by musical director and jazz bassist Rubim de Toledo and Cia.Vatá performer Rodrigo Claudino.

Both DJD and Cia.Vatá share a similar philosophy — their relationship and responsibility to tradition and their love of the roots of both their art forms.

“We share, in our art, a profound sense of the importance of connecting to music with our bodies,” says DJD Artistic director Kimberley Cooper who hopes that audiences will find inspiration in the performance in some way.

“It’s all about roots. This is what connected us,” adds Cia.Vatá founder and actress, dancer and choreographer Valéria Pinheiro,  whose company is based in Fortaleza, the state capital of Ceará in northeastern Brazil. “We are talking about something that is so human — it’s a universal language.”

Pinheiro, who comes from the desert-like Sertão region of northeastern Brazil, draws on her research into traditional Brazilian dance and culture to inform her work withCia.Vatá  The company takes Brazil’s traditional rhythms, folk dances and music to create a contemporary vibe. Linking it all is the “Brazilian tap dance” style first developed by Pinheiro and her colleagues at Sati Dance School in Fortaleza.

DJD’s performance, Meditations on Cool, choreographed by Cooper and Sarisa F. de Toledo, explores the aesthetic of cool, drawing on a wide range of influences, from an ancient African aesthetic to the cool era of jazz music and beyond. “A mask of cool on top of a body full of fire,” as the dancer-narrator says. A spare blue-green-lit set, consisting of three tables and three chairs, plus leaf-shaped fans and a cool blue sheet are all the dancers need in a compelling series of vignettes that range from high energy and raw power, to dreamlike and sensual, to a Latin vibe.

In Cia.Vatá’s Compilation, which features highlights of the ensemble’s works from the past twenty years, the performers, known as brincantes –“complete artists” who dance, sing, play a variety of musical instruments and act — hold the delighted audience spellbound.

From their dramatic entrance to the sounds of the jungle, soon joined by the performers’ powerful voices raised in song,  Cia.Vatá seamlessly blends music, dance and theatre with a circus-like feel, juxtaposing the divine with the profane, and traditional and folkloric elements with contemporary.

As Pinheiro explains of drawing on the past to inspire both present and future: “It’s like a bow and arrow. You pull it back, but you shoot it forward even further.”

Brazilians honour their ancestors, they pray to them and they play for them. In the African diasporic cultures that continue to influence Brazilian culture, dance is central at weddings, funerals and births. Cia.Vatá’s entire performance is a celebration, punctuated by the sounds of drums and other percussive instruments used in samba and carnival music, their very names evocative of music such as the alfaia and zabumba. Wooden flutes, called pífanos, rabecas, a type of fiddle,cymbals, tambourines and other instruments add to the festive atmosphere.

People who live in the Brazilian drylands are always celebrating, explains Pinheiro, who plays a storyteller, a keeper of cultural history, in the troupe’s performance. “To me, it’s the most amazing, happy world, even though everything is so hard,” she says. “At the end of the day, we celebrate being alive. Everybody has got water, everybody has something to eat.”

The interactive performance includes English phrases along with the Portuguese storytelling, charming the audience even further. Throughout, there is humour, playfulness and unbridled joy, from the whirling, leaping fiddler who sometimes wields the bow like a sword, slashing it through the air, to the clacking shoes, to the ecstatic dance movements. It is a feast for all of the senses.

In the show’s celebratory finale, Ziriguidum, DJD joins Cia.Vatá on stage. The audience loved it, clapping along with the sound of the drums as the dancers and jazz musicians made their exit up the theatre’s parallel sets of stairs.

Ziriguidum wraps up May 2, but Canadian audiences haven’t seen the last of this international tour de force. Cooper and Pinheiro hope to work together on a more collaborative piece for DJD and Cia.Vatá sometime in the next couple of years. 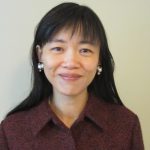 By Jacqueline Louie
Read more by this author