Titles challenge. They confront the potential audience member with a statement about a work. They are laced with implications, establishing a frame within which any subsequent statements are to be understood and against which they will be judged. As the audience sits in the dark during the performance, the title haunts the space, echoing in their ears as they absorb the material presented.

In his newest work, Testosterone, which premiered April 28 as part of DanceWorks CoWorks at Dancemakers Theatre in Toronto, Newton Moraes uses the title as a challenge. Ostensibly a work about masculinity, and named for the hormone responsible for maintaining male secondary sex characteristics, Testosterone provokes viewers to consider how their own conceptions of bodies, sexuality and movement are structured by understandings of gender. The result is an interesting investigation of the relationship between how an individual experiences their own identity and how that identity is shaped, constrained and supported by other individuals and society more broadly.

The piece opens on a solitary suit-wearing Emilio Colalillo, who slowly lets his body be taken over by the beat of at-first imperceptible but increasingly loud drum-and-bass music. He finally gives in to the driving beat, moving quickly and vigorously around the space, and is joined by the three other performers, Falciony Patiño Cruz, Marco Placencio and Shakeil Rollock. They retreat to the sides of the stage, remove their clothing, folding the pants and jackets with particular care, and emerge in small black underwear and black kneepads. Together, the four continue their vigorous dance, coming and in and out of coordinated group sections, creating a tension between their individualistic expressions of movement and an occasional synchronization, often incorporating capoeira. Set to the deep bass of the music, it was an effective introduction to the consideration of individuality and community that followed.

Throughout the work, the dancers moved between solitude and collectivity, between uniqueness and cohesion, highlighting for me the complicated relationships between self, other and group. When and how do we establish ourselves as individuals? How do we construct our own images of ourselves? When are close personal relationships positive or negative? How does a desire for sexual and physical closeness lead us to change ourselves? And, finally, do groups provide the space for the exploration and expression of self through supportive behaviours or act as sites of dangerous uniformity, creating scripts that further violence against one another?

An early duet by Colalillo and Rollock was particularly powerful. Beginning apart, one by each wing, the dancers move by themselves with their eyes closed with searching movements, as if the loss of sight had removed their confidence that the space around them was not filled with obstacles. After several minutes, they open their eyes, see each other and are drawn slowly to one another, circling closer and closer until their bodies intertwine. But in coming together, and receiving the other’s support, other more difficult and painful emotions come to the surface. Colalillo, who is at least six inches taller than Rollock, towers mutely behind him as Rollock stands convulsing, yelling more and more violently. The shaking consumes him, as though a terrible experience is pushing itself up through his consciousness, out through his body. Finally, Colalillo puts his arms around Rollock, forcing his arms to his sides, calming the shaking. And they stand in an embrace.

A few moments later, Rollock is on the floor downstage, surrounded by the three other men. They aggressively smother his attempts to lift himself up. They push him down with their hands; they stomp on him with their feet. Rollock struggles and struggles to lift himself but is overwhelmed by the placid strength of the others as they look down at him from above.

This sequence, as did others in the work, challenges the viewer to invest in it characteristics of masculinity and male sexuality — strength, independence and violence — or to judge their absence — softness, dependence and vulnerability. But seeing these relationships as defined by these gendered conceptions would be to miss the more significant considerations of how individuals and groups relate to one another: the solace and the pain inherent in relationships with others and the complications society brings to those bonds are ultimately more important. As the performers and Moraes demonstrate through their layered interactions, as they build and dismantle relationships, it is by multiplying identities that we might destroy the limiting and dangerous attempts at categorization based on preconceptions about gender and sexuality.

The moments where Moraes incorporated some of the more common and obvious tropes of masculinity did not, for me, sit as smoothly as some of his more subtle details. The incorporation of a military training regimen (granted done in a humorous way, with a ridiculously virtuosic performance of push-ups and burpees by the dancers) did not present the same multilayered and individualized consideration of how gender works to shape our experiences, as did other moments.

That said, taken as a whole, Testosterone was a sophisticated examination of how gender attempts to structure our experience, of both ourselves and of others. The variety of movement vocabularies, their personal expression by the dancers and the dynamic physical relationships between them made this work enjoyable to watch and to think about after. Moraes asks his audience to consider how their own perceptions of gender colour and narrate the movements and relationships they experience. Beyond a critique of the contemporary gender economy, he and his collaborative performers present some hints at how we might overcome such confining understandings through a focus on individuals and their interactions with one another. 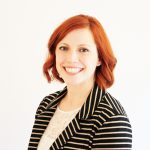 By Lee Slinger
Read more by this author