Traditional medicine, dating from as long ago as 3000BC and present in every culture and national tradition up until the current century, has a long and heterogeneous track record for legitimacy. It is the foundation of folkloric natural medicine passed on from philosophers’ texts and by word-of-mouth, of children’s fairy tales and of home remedies instructed by grandmothers. The World Health Organization reports that in some Asian and African countries, eighty percent of the population depends on traditional medicine for their primary health care. Traditional medicine is also the reservoir from which many modern drugs were and are developed. Traditional medicine and its various modalities have formed the foundation of a multi-billion dollar dietary supplement and natural health products (NHP) industry in Canada and the United States. Food as medicine, dietary treatments and exercise have evolved from concepts of traditional medicine – as used in its native land by its native people – into Complementary and Alternative Medicine (CAM) when the knowledge and applications are transplanted elsewhere.
Some popular examples of traditional medicine:
• Ayurvedic medicine, which relies on the concept of balancing doshas or the physical constitutions of pitta (fire), vata (air) and kapha (water) in order to produce health.
• Traditional Chinese Medicine considers the elements and the four seasons philosophy of nutrition to solve Qi, yin and yang imbalances.
• Native American medicine uses local foraged foods, plants, animals and the relationship to the spirits, the Creator and Creation concepts of health.
• European herbalism makes use of water cures or nature cures from which Naturopathic Medicine has institutionalized a more evidence-based mixture of traditional medicine.
• Even the recent popularity in spas and water treatments are descended from Japanese onsen and German systems of healing water baths called heilwasser Baden. Food, diets, vitamins, herbs, antioxidants and amino acids comprise the bulk of CAM research in the world today. Natural medicine has also become one of the most controversial topics in healthcare. As much as it is cherished and entrusted for its gentle effectiveness and relative safety by its followers, it is also criticized by many as quackery and pseudo-science.
Wisdom Tips…
There are many practical ways to implement traditional medicine into your daily life.
1) Ask your elders (parents, grandparents, aunts and uncles) about healing traditions used long ago in the family, about what they ate or used as home remedies when they were young.
2) Include mind-body medicine into your healthcare regime; spirituality, intuition and meditation are key aspects in many traditional interpretations of health.
3) Take a course or join a community organization to learn the skills of herbal wild crafting, fruit foraging or mushroom foraying.
4) Plant a garden using traditional and native species of medicinal plants and vegetables. Read about their health properties and applications.
5) Buy vegetables and fruits sold locally by organic and heirloom growers (frequently found at farmer’s markets).
6) Research your cultural background(s) for traditional uses of plants, foods and medicines. Ask your doctor or a knowledgeable health practitioner about safe implementation into the daily healthcare of you and your family. 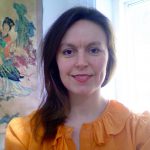 By Dr. Millie Lytle
Read more by this author