The National Ballet of Canada (NBoC) opened its winter season on Wednesday night by presenting a spellbinding mixed program featuring four short ballets: The Man in Black, Chroma, Allegro Brillante and Carousel (A Dance). Although vastly different from one another, the ballets were strung together seamlessly, often with mere minutes in between, bringing the audience to the edge of their seats and then to their feet in applause numerous times. The mixed program was onstage for a short time from March 4 to March 8 at The Four Seasons Centre for the Performing Arts in Toronto, and is a dazzling dance showcase.

The program opened with Allegro Brillante, a joyous dance set to Tchaikovsky’s Piano Concerto No. 3, an unfinished symphony published as a single movement after the composer’s death in 1893. Choreographer George Balanchine has been unofficially lauded as the father of American ballet and was known for his incredible musicality, which is clear in his outstanding choreography that brings together strength and precision. On a stage of dancers clad in soft colours, the ever-smiling Xiao Nan Yu (March 4, 5 eve, 7 mat, 8) regularly performed a series of beautifully executed piqué turns that expressed her joy and affection for McGee Maddox (March 4, 5 eve, 7 mat, 8). The chemistry between the two principals was very clear in the soft yet precise dance movements they performed together, as well as in the masterfully choreographed dancers around them, which makes this brief ballet an absolute feast for the eyes. Allegro Brillante was described by Balanchine as “everything I know about classical ballet in thirteen minutes,” and it does not disappoint.

Following closely on the heels of Allegro Brillante, the next ballet in the program was Carousel (A Dance), a triumphant sixteen-minute tribute to Richard Rodgers and Oscar Hammerstein’s 1945 musical of the same name, choreographed by Christopher Wheeldon. Wheeldon, who joined The Royal Ballet in 1991 and won the gold medal at the Prix de Lausanne the same year, is a retired dancer who has focused strictly on choreography since 2000. Carousel (A Dance) features a large cast of men in blue jeans and women in colourful dresses with matching bows in their hair, under strings of coloured lights. The short story ballet expresses the troubled romance between the two principal characters, danced by Jillian Vanstone and Harrison James (March 4, 5 eve, 7 mat, 8). Vanstone illustrates her character’s shyness in a series of demure movements that turn her away from James, who brings her closer to him by repeatedly gliding her across the stage, her feet whispering on the floor. Once she overcomes her hesitation, this dance between the two principals becomes an absolutely unforgettable expression of young love. The highlight of Carousel (A Dance) is the creation of a carousel made by male dancers lifting the female dancers, brass rods in their hands, onto their shoulders, a triumphant climax to a brilliant short ballet.

The mixed program’s title ballet, The Man in Black, is well worth the wait as the third dance in the production. Rightly set on a stage of black, it featured dancers James Leja, Rebekah Rimsay, Piotr Stanczyk and Robert Stephen (March 4, 5 eve, 7 eve, 8) clad in flannel shirts, cowboy boots and jeans, their arms entwined as they move to the music of country music icon Johnny Cash. Featuring six sombre cover songs: In My Life, Four Strong Winds, Sam Hall, If You Could Read My Mind, Hurt, and Further On (Up the Road), this twenty-two-minute dance was a unique mixture of line dancing, slow-motion tugs of war and fistfights by the four dancers. One major highlight of this ballet was the perfectly synchronized sound of the dancers’ shoes as they moved across the stage in unison during Four Strong Winds, their arms entwined. The use of only four dancers was also highly effective, as it kept the choreography very focused, each song with its own movements and personality expressed by the dancers. Former NBoC artistic director and choreographer James Kudelka is widely recognized for his mastery of both classical ballet and contemporary dance, as well as infusing emotional meaning into his story ballets, elements that are all present in this piece. With The Man in Black, Kudelka has created an unforgettable expression of Cash’s dark attitude toward poverty and suffering in the world, lacing together Cash’s music with a graceful, unique dance that is in constant motion.

Chroma was the last dance in the program, transforming the stage into a minimalist cube, through which identically clad dancers in skin-toned costumes enter and exit. Choreographer Wayne McGregor, resident choreographer of The Royal Ballet, has an extensive repertoire of works, and was named a Commander of the Order of the British Empire for Services to Dance in 2011. He beautifully sets an array of athletic, acrobatic movements by dancers Giorgio Galli, Greta Hodgkinson, Tanya Howard, and Svetlana Lunkina (March 4, 5 eve, 6, 7 eve) to an orchestral mix of music by rock duo The White Stripes as well as other electrically fused beats. Howard’s ability to contort her body in strong, precise movements is visually mesmerizing, especially to the beat of The White Stripes’ The Hardest Button to Button, in an explosive performance. The muted colours of the dancers’ costumes were a major highlight as it removed any distractions on the stage and brought the audience’s attention into complete focus on the movements of the dancers’ bodies.

This mixed program is an energy-infused, expertly choreographed dance showcase. 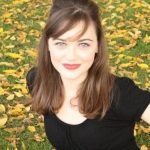 By Victoria Bégin
Read more by this author