What does it mean to be a contemporary historian? What are the nuances of experience that come with our genome, that we inherit at birth and embody through history? When we read and see visual representations of violence against Black bodies, what happens to history? How does it become part of an imprint, another pattern in the fabric of Black stories?

We are historians. Our history exists first and foremost in a movement on a distant continent where — shackled — we brought that history to Canada, the United States, Central / South America, the Caribbean and Latin America.

We are historians. The embodied memory we possess and seek to figure out becomes the actions of resistance that exist within Black bodies… therein lies our history.

Historians is a short film by director, cinematographer and spoken word poet Akil McKenzie, which recently won Best Social Justice Film at this year’s Vancouver Independent Film Festival. McKenzie introduces the poem (and the film’s theme) sitting on a chair, centre frame. He orients the viewer’s gaze to the subject of Black presence. Artworks depicting Black life surround him in a cocoon of Black expression, gradually transitioning into a scene and space that welcomes physical expression.

In the new dimension, there is a tension between pessimism and optimism for the realities of Black lives. With a stellar team of artists including dancers Justin Barkie, O’Shani Cardwell, Percy Anane-Dwumfour, Jendayi Dyer and Kelis Robinson, dance becomes a portal for unpacking our embodied memories where the ebb and flow of our social realities are held in balance with time and space. The film captures the magic of these two spaces with movement that is sometimes tension-driven, and sometimes languid and free. It’s at this point that we’re introduced to the other aspects of the film: artwork, plant life, scenes of a city in the background and subtle hints of a sunset. In those moments, we realize that Black afrofuture is indicative of a Black past, and that past is in conversation with the continued socio-cultural injustices against Black people.

Historians also exemplifies actions of resilience in voice and text, incorporating the numerous ways Black culture expresses our history through art. Acts of resistance exist in the bodies of Blackness; the film’s directors of photography, Cameron Roden and James Arthurs, succinctly capture this sentiment while amplifying McKenzie’s direction and the work of the other artists in order to arrive at the multiplicities of Black expression.

It is the life of a historian: Black, strong, resilient and beautiful in every way. It is a hard story to tell at times because justice and injustice look different on Black skin. The evidence is around us, but a system designed to further marginalize and capitalize on Blackness turns a blind eye to the oppression of Black lives. The text in Historians evokes these sentiments, conjuring a sea of emotions in its viewer. By reciting names of Black lives slaughtered by those enforcing brutality, we are challenged to #saytheirnames, remember them and to understand the nature of grief held inside a historian’s body — a Black body.

Reciting these names offers a contemplation of mortality, but there is a twist — Black lives mattering is not quite done yet. Black survival has always been collaborative and dynamic. Optimism gives rise to hope, which in turn plants seeds of change and reaffirms ancestry. The intergenerational representation of Black bodies holding, taking and claiming space brings into focus the inner spirit of our lives as historians. The scenes debunk the stereotypes of affection, support, love and family that are still perpetuated about Black lives. The warmth of that passing sun evokes the glands that shine with the sweat of survival on melanin skin. The smiles we see in the film reflect the inner affirmation of the spirit of Black souls, and through these histories, it is evident that we will fight on, we will march on, we will live on… 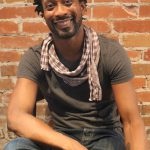 By Kevin A. Ormsby
Read more by this author