Halifax is home to a wealth of seasoned and traditional creators, a leader in fostering dance artistry in Atlantic Canada. Generations of modern dance pioneers like Gwen Noah, Sheilagh Hunt and Leica Hardy maintain a deeply rooted presence by creating, teaching and mentoring in the East Coast city. Enhanced by a wave of refreshingly curious and newfangled exploration, the dance community in Halifax attracts new audiences by establishing partnerships with media artists and working in interdisciplinary collaboration to embrace diversity in performance and process.

Choreographer and performer Veronique MacKenzie is a local independent leader in digital media exploration. MacKenzie is known for her work with visual artists, videographers and animators across a spectrum of realism and comedy. Recently, MacKenzie received national praise for Storm Dances, a process-based, season- and site-specific choreography for a team of goggle-clad dancers moving through a winter storm. The creative process and performances in the winter of 2014 were extensively documented on video, and due to a dependency on weather, forecasts, promotion of these performances relied heavily on social media to inform audiences when the shows were taking place. The process achieved special attention through the use of social media, and the novelty of the piece itself was reflected in this following. Storm Dances found success in the accessible nature of the immediate documentation of its creative process, encouraging its online audience to appreciate MacKenzie’s boldness in taking dance to a place — across social media and outdoors in an urban blizzard — where it could not be ignored.

Similarly, Atlantic Canada’s esteemed annual contemporary dance presenter, Live Art Dance Productions has enlarged its umbrella, producing a season-end bill in April, shared by choreographer Sara Coffin of Mocean Dance, Rhonda Baker performing a work by Toronto’s Sharon B. Moore, and celebrated hip hop ensemble The Woods, all from Nova Scotia. The Woods’ blend of hard hitting and smooth phrasing is contagiously energetic and authentic, earning it an eager following in eastern Canada over its four-year tenure. Their electrically charged presence in April’s show was in clear contrast to its co-presenters, and indeed to Live Art’s routine roster of performers. Aggressive and poignant in unique ways, all three performances contributed to a balanced message of power.

As The Woods filled the stage with many bodies and driving music, Baker, a performer known for her exquisite athleticism, commanded the same space on her own with the virtuosic and physically formidable choreography by Moore in Nutshell. Audiences were arrested by the physical exertion of Baker’s larger-than-life movement and short-lived, haunting breakdowns. This contrasted again with Coffin’s over-arching sense of personal reflectiveness through introspective patterns, digital collaboration and contact partnering work in Body Abandoned.

The trend toward making dance more accessible is growing. Halifax is adopting a keen openness around creative process, a key to audience interaction and growth. In May, dancers of Nova Scotia’s revered Mocean Dance collaborated with choreographer Claire French, installation artistic director Sarah Bonnemaison and an army of media artists and set crew on My Mother’s Kitchen — a site-specific choreography constructed around architect Bonnemaison’s installation for the 2014 Mind into Matter: Bodies and Space symposium in May. This is a remarkable and refined collaboration at its core; it truly heightens one’s senses. Dancers Jacinte Armstrong, Sarah Rozee and Susanne Chui (artistic director of Mocean Dance) articulate a layered journey of nostalgia and social collective memory through understated architectural and social conventions found within the context of a household kitchen. Four kitchen installations convey contrasting narratives of differing geographical and historical significance and each are animated by video, photography and sound. Each set design also informs choices of quality and direction of movement, repetition of phrasing, musicality, elements of socialization or isolation, and degrees of audience participation. Overall, French built an intriguing and likeable simplicity in concept and performance, complementing media installations by Lukas Pearce.

“We experimented with how the body related to the exhibits and multimedia installation components,” says choreographer French. “We … experimented with dance content as much as we could within the confines of the space (i.e., concrete floor, scaled spaces that demonstrated the sizes of the kitchens through the decades, temperature of the space, and concepts tied to the research already defined for the project).”

By exposing itself to diversity and welcoming interdisciplinary practice, Halifax is inspiring audiences, introducing more publics to the mainstream dance scene and keeping current by enhancing and redefining collaboration. 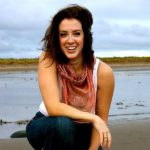 By Sarah Douglas
Read more by this author