Seeing Louise Lecavalier dance is a trip of sorts: a fairground ride through time and space, a wonderland tour across a history of body politics and the ideals of nationalism, the excess of the 1980s, the exuberance of the 1990s. But in the midway blur of surface and light, shifts in movement and meaning as ever lead astray. Here, distraction rules: if dance is hard to see, as Yvonne Rainer has observed, try following a performer such as Lecavalier.

Speedy yet exact in expression, rigorous yet infinitely plastic, her dance has arced in tandem with zeitgeist changes in socio-political life: notably, the triumph of gender over sex, both onstage and off; the rise and fall of Québec nationalism and the nation state as viable model. Through it all, her tensile performance as principal dancer with La La La Human Steps from 1981 through 1999 made her the single most iconic dancer of our generation, the Pavlova of the late twentieth century.

Cutting through the legend and media hype to the work itself is tricky, and Lecavalier is as challenging to watch as she is engaging. She is possibly the most written about dancer on the contemporary scene, and one wonders if we are any further along for it? The temptation to cast her as sidekick, muse, Barbie doll, superstar, muscle man, ragamuffin arises across the literature. You decide: is she the “clay” from which La La La was made, the shadowy “inspiration” for the ingenious inventions of choreographer Édouard Lock, part “angel”, part “demon”, either way a “cyborg”, or any number of other journalistic shorthands? These only hint at her authority, then miss the point.

And so it was a huge relief to see her live on stage in early February before a warm hometown crowd — keeping it real at age forty-eight, a hardworking mother of two and still at the top of her game — with three short works commissioned by her, for her. If the evening demonstrated her range as performer and her savvy as producer, it proved equally exemplary of the way that dance pins us to the present — the material world obliterated, at least for the span of time in the theatre — by the sheer drama and high-risk charisma of a figure moving with commitment in a darkened space.

So it was, in new choreography by Vancouver-based Crystal Pite, formerly of Ballett Frankfurt and now artistic director of her company, Kidd Pivot. “Lone Epic”, a sixteen-minute, witty solo with music stands, spoke bluntly to the question of passing time on diva planet. Lecavalier strides out and stands in a cobalt-blue suit before an absent orchestra; she is conductor, director, figure of absolute power and yet — is there anyone there? Framed by a darkened stage, rendering movement in big strokes and grand gestures, she removes a sheet from the pile of white paper sitting on each stand to reveal the questions, “A qui pense t-elle?” [Who is she thinking about?] and “Qu’elle est son vrait désir?” [What does she really want?] The printed words deadpan the continued eroticization of women in the public eye, women on stage in one way or another — no doubt part of Pite’s own experience as a performer with Ballet BC and Ballett Frankfurt, and certainly part of Lecavalier’s. Poised between the demands of the collective and the projections of the individual, she dances bits and pieces, stops and starts that channel a knowing wink.

But just as you think you get it, and the hambone theatrics start to wear thin, the work moves neatly to a chilling place, a death made creepy by metaphoric ambiguity. In the final scene, Lecavalier moves between heaps of music stands, now collapsed and scattered like the bones of old balletomanes, and dances into and away from the light. Now facing the audience, now turning her back, her outstretched hands torque and fist and pull inward as if to suck some crucial energy from without. One lone stand remains upright, and the questions “toi?” [you?] and “encore?” [again?] flicker, elide, the latter projected over the former: half seduction, half accusation, and no easy answers to be had.

Contrasting this actorly work was Tedd Robinson’s “Lula and the Sailor”, a duet taken from Cobalt Rouge (2005), in which rich gestural detail for the hands and arms, performed with virtuosic speed and precision, come to signify meaning itself. There are walking bits and semaphore bits, bird-like gestures and animal rhythms, flat light and pronounced shadows. There are interesting contrasts, as when co-dancer Eric Beauchesne’s slow, contained Butoh-esque walk across the stage frames Lecavalier’s move toward stage front, torso rounded, legs swinging out and forward as if to consume more space, to eat the world itself. One senses the craftsmanship and credentials at play, but the exercise falls curiously flat. Beauchesne all but disappears, subsumed by Lecavalier’s vast presence, and movement as message skitters like rain on a quiet sea.

In the end, there was Benoît Lachambre’s “I is Memory”, its startling beauty and deliberate pace an ablution to a history of inhabiting one of the most iconic movement vocabularies imaginable. Lecavalier suggests as much in accompanying program notes that name the dance as an exploration of “the loss of identity when a being is stripped of its habitual references”. We see a darkened stage, at the centre of which stands a rehearsal barre and chair with yellow hoody, track pants and sneakers laid out like a body sitting. The costume quotes professional athletes and hip hop artists; it is the uniform of urban cool but the dance moves in another direction entirely.

A figure enters the stage, barely perceptible, dressed in close-fitting black garb, and begins dressing slowly; hood on, body covered, shoes worn sideways — soles at right-angle to the floor, as though ankles bent — referencing child’s play, human disability, the wild physicality of New Dance — another mirage of the 1980s? — gone awry. The pace is excruciating, the movement a study in minimalism, at least initially. Our focus is as much on time itself as on the sustained attention of the choreography to the expressivity of the arms and the possibility of the floor. Here, dancer and dance recede from view: hardly a “mutant”, as program notes suggest, this is a study of identity itself, as performance, or better yet pure labour. The indelible moment: Lecavalier pulls back her hood, and flexes her facial muscles in extreme grimaces that collapse all reference points.

History is a burden, it has been said. No contemporary dancer, save Paula Abdul perhaps, has a more over-determined background to move beyond. And while it’s clear that when she retired from La La La, Lecavalier could have gone anywhere, worked with anyone, her choice to stay local for the time being seems rather extraordinary. In a set of dances rendered in detail and counter narratives, harnessing a cross-country roster of Canadian choreographic talent, inflected with Québécois aesthetics, she has re-announced her presence via a critical dialogue with the form that reminds us that dance history (and theory) is made as much by dancers as by choreographers. I can’t wait to see what comes next. 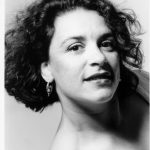 By Michèle Moss
Read more by this author