Martingales, the new choreography by Christopher House that premiered in Toronto Dance Theatre’s (TDT) November run at Toronto’s Harbourfront Centre, received much more anticipation, attention and adulation than the other two works on the program — House’s Early Departures (1991) and Thomas Hauert’s Pond Skaters (2013), both remounts. This happened despite the fact that Martingales made its debut in a raw and provisional state. Appreciating its effect and impact requires taking into account the unseen fourth facet of TDT’s tetrahedral fall 2014 season, Eleven Accords (2013), which premiered this time last year.

The choreography for Eleven Accords is credited to House and his dancers. This fall, Eleven Accords toured, with three performances in Alberta in October and two more in conjunction with the CINARS performing arts biennial in Montréal in November. What fundamentally changed in the span of a year is the membership of the company, with two new dancers plus two interns, three of whom join the new edition of Eleven Accords. Since its formative movements and structure arise from the individuals, this required not just extensive rehearsal but integral reconstitution. Consequently, House returned to many of the generative exercises and kinetic games that developed Eleven Accords’ complex patterns and permutations in concert with its score, Steve Reich’s Music for 18 Musicians. Such exercises transfer, almost wholesale, to Martingales. To borrow a phrase formerly associated with TDT’s public rehearsals, the audience confronts the process revealed. More than ever, House makes impulse, surprise and chance the core organizational premises, confident in the discipline and virtuosity of his company to trust in the unpredictable, without cheating toward repetition or routine.

Martingales is accompanied by live music, an improvisation/composition hybrid titled “Brownian Motion,” performed onstage by Thom Gill on laptop and Casio. (This is in contrast to the recorded Reich score.) “Brownian motion,” a theoretical physics term, refers to “the random motion of particles suspended in a fluid (a liquid or a gas) resulting from their collision with the quick atoms or molecules in the gas or liquid” [this definition courtesy of Wikipedia]. It is alternately known by the kinesthetically suggestive term, pedesis, with Latin and Greek etymological roots, meaning leaping. Presumably the dancers are the large particles, whose motions about the stage stir the common molecular space, imparting unseen forces that affect their counterparts and radiate back to individual decisions and directions. With twelve dancers in total, this opens an exponentially vast array of outcomes.

The scene is set — so to speak, for the stage is bare, no backdrop, no leg curtains masking the wings, no lighting effects beyond basic illumination, nor any other apparent design elaborations — by four dancers tossing a soft, shiny, non-bouncing ball between them, already at play as the house curtain parts. Each catch continues the arriving momentum of the ball, hands absorbing its trajectory and windmilling it up into a redirected lob without any designated recipient. One or more of the players move toward its descent, someone catches it, or not, and they endeavour to keep the ball airborne while they carry on with their walking/running/leaping around, which seems to be their main concern. Occasionally the ball hits the floor with a thud. Without any attitude of failure, someone picks it up and the game resumes, gradually picking up speed, sending the foursome more erratically and extensively over the floor. Then the ball is set aside. The rest of the company roams in to crowd the stage, gently deflecting one another’s paths, with occasional light contact, if any at all. From time to time, the group sweeps itself into a brief unified formation, everyone flowing in the same circle, for instance, as if being stirred in a pot of water, only to have one or more dancers accelerate into a breakaway flight, setting off a new randomness.

Attraction is introduced; three couples establish themselves, face-to-face with arms outstretched and hands joined, eye contact fully fixed, running circles together, one forward, one backward. This interlude of formality and manners, athletic and breakneck as it may be, recalls the early years of TDT, established long before House joined as a dancer, then resident choreographer, then artistic director, alluding to and inquiring after dance’s fundamental social codes and roles. In the final section, four other balls, a bit smaller, as if the first had split apart into new particles, are picked up and tossed, intermittently, among the full, scurrying group. After each catch, the ball is held onto, clenched and partly hidden in somebody’s hand. Hence, it is difficult to determine how many are in play. Each arcing toss launches as a surprise, more often than not just at the periphery of one’s momentary attention. Eventually, the dropped balls no longer are picked up and gradually one after another of the group slows and sits on the floor, reclining. The momentum gradually subsides into rest, stillness. And then darkness. Stasis. Finis.

The costumes and the music deserve comment. Bojana Stancic devised the former. Each dancer, male or female, wears a gauzy white slip, a tunic or jersey in one of two flat colours (blue or chicory), bluish or black leather Converse Hi Tops and alternate cuts of undergarment, all of which signal binary permutations, like heads or tails of a flipping coin, difficult to perceive or distinguish at speed and distance. Thom Gill was more nattily attired by Stancic, drawing from his own wardrobe, and yet as the performance progressed, he receded further from attention. His music provides a base compositional structure on which he builds improvisatory layers, growing in intensity and volume in response to the development of that evening’s iteration of Martingales.

The word martingales refers to a gaming supposition, a gambler’s strategy of betting until one inevitably prevails, appealing to the all-to-human hope to master and defeat the uncontrollable and, in the long run, unrelenting probability odds. The program announces that House considers Martingales “a study toward a full-length collaboration with Thom Gill to be presented in 2016.” Interestingly he rigs his own game, as this intention is still unknown to the dancers as of opening night, withheld to educe their total commitment to the moment, perhaps.

Of the three works on Triple Bill, Martingales is the most tentative on opening night, the dancers still finding their footing, adjusting to new shoes and the floor, learning to appertain themselves on the crowded, public stage. Comparatively, Early Departures, a tender, fatalistic portrait of mortality created at the peak of the AIDS crisis, danced by Yuichiro Inoue, Pulga Muchochama, Jarrett Siddall and Nathan Todd, each barely alive in 1991, was perfectly pitched, evidence of House’s mastery of a small cluster of bodies. It also elicited the founding, classicist element of the company’s tradition, the trappings of which he has steadily shed since taking directorship in 1994. Pond Skaters, by Belgian choreographer Thomas Hauert, expressly created for TDT for its Brussels/Toronto Project of April 2013, was remounted with four of its five original dancers — Mairi Greig, Pulga Muchochama, Jarrett Siddall and Naishi Wang, with Alana Elmer filling in for the fifth original performer (in other words, among the very, very best of this fine company) — all freshly rehearsed by Hauert for this production, was beautifully portrayed at each and every performance of this run. Improvisatory in a different sense, Pond Skaters has a more imagistic sound scoring, costuming and lighting, temporal allusions to the passage of a day and a season, narrative inversion of outside to inside, and runs the dancers through serial episodes variously suggestive of recreational visitors (human) and native species (amphibians or water striders). Once again, the work was superbly performed. By closing night, Martingales closes the gap. The dancers embrace the combination of individual identity, impulse, responsibility and receptivity with the relatively anonymous blending and functional performing. In Eleven Accords, they often formed their own appreciative audience. Such self-consciousness has no place here.

As a trilogy proposition, three strands of House’s vision for TDT converge in Triple Bill. Fittingly, that comes to an intense focal point through Martingales, his most current ambit and gambit, which he already projects as a new full-scope opus. While it shares so many components with last year’s Eleven Accords, the startlingly new structures, expressions and accidents that Martingales sets into motion indicate the power and assurance of House’s imagination. As an artist, he might be compared to Richard Serra, that most choreographic of sculptors, so attentive to curves, planes, elevations, rises, landings and, above all, footing, reconfiguring ever more ordinary, unadorned and consistent steps into original, affective and solid dance forms.~ 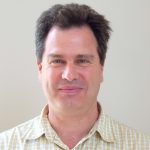