In this expanded review, I hope that the enterprising young women of Integrated Dance Artists Collective (IDAC) won’t mind if I use them as an example for all groups on an inaugural run. In many aspects, their show “In Motion” was a wonderful model for new dance groups to emulate, but I also have reservations and suggestions that need to be expressed. 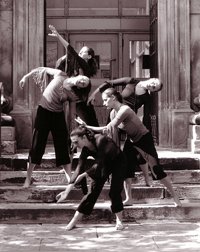 Founded in 2001, IDAC is made up of recent graduates of Torontos Ryerson University dance program whose mandate embraces dance in many styles, and outreach into communities and schools. Prior to the “In Motion” performance, IDAC had mounted preview works-in-progress in Toronto and an education/performance tour in Saskatchewan. Thus the Toronto concert, with apologies to Saskatchewan, must be considered the collective’s Big Kahuna debut and the one by which they set their benchmark. Pre-show, artistic director/producer Shannon Litzenberger did everything right. She sent out business-like press releases, which she followed up with phone calls to the media. In fact, she was very persistent, and I, at least, took notice. The impressive press kit contained excellent information about the company and performers, while the concert program itself had succinct and helpful choreographic notes. In fact, Litzenberger deserves praise for the professionalism of her publicity machine. It was a very good start for getting the word out about IDAC. 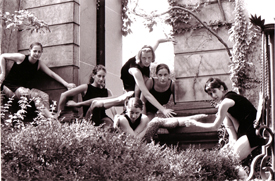 As for the concert itself, the works, by the collective membership and guest choreographers, fielded a whopping sixteen pieces. As a result, the production was cameo-filled with (mostly) very short dances. If, however, IDAC wants to be taken seriously and regarded as more than a nonjudgmental recital for friends and family, the next time the collective has a show, there must be fewer, but more extended works. While I appreciate their desire to include jazz to modern and everything in between, when next I see these young dancesmiths I want to know they have risen to the choreographic challenge of taking an initial idea beyond superficial exploration, no matter what the style. It takes a strong choreographic bent to play with extended themes and variations, and this should be their goal. On a less serious note, not taking bows after each number certainly propelled the show along, but it would have been nice to have a choreographed ensemble curtain call than the hit and miss bows we were given. Kudos to Dan Gallo, the technical mastermind behind the show, for producing some quite imaginative lighting – to mention but one of his many chores.

The run-away hit was the riotous “Martha – Shaken Not Stirred” by guest choreographers Frances Wong and Elizabeth Kmiec, with the latter appearing as the legendary Martha Graham herself, chopsticks in chignon and long sleeve, floor-length dress included. As Kmiec archly intoned fragmented text taken from Graham’s essay “I Am A Dancer”, she executed satiric riffs on the pioneer’s telltale movement, which certainly generated belly laughs from this writer. What was impressive here is that the two creators had to be very familiar with Graham technique in order to produce this loving homage. More to the point, the solo became extended choreography when “Martha” was joined by four similarly garbed acolytes (including Wong), who functioned as a Grahamesque Greek chorus. Their syncopated antics, mocking the angular swoops, heaving contractions and angst-filled facial expressions of Graham ensemble pieces, brought tears of laughter to the eye. I’d like to refer these young women to the 1954 film “White Christmas” which contains Danny Kaye’s outrageous satire on “modern dance”, inspired by Graham and others. One hopes that Wong and Kmiec are not one-shot wonders, but will continue to produce works of note. 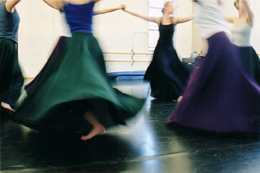 Melissa Bettio proved to be the most ambitious choreographer of the evening with her extended pieces “Corpo” and “The Silken Whip”. Her strength lies in her willingness to explore a whole range of ideas within a single concept, as well as choosing appropriate symbolism to translate her abstract themes into reality. “Corpo” dealt with the four elements of nature, overlaid with animal imagery, which together produced two parallel lines within the work itself. Her lovely, sinuous, fluid moves created some eye-catching stage pictures for her six-member cast including Bettio herself, a standout dancer. The many-moods pastiche of music helped propel the movement metaphors — the up and down endless waves of a restless ocean and wheeling seabirds, or animals in the bush as seen through traditional African movement. This piece was a model of unpredictability with changes of pacing that kept up interest. “The Silken Whip” was much more hoary and melodramatic as six women depicted feminist barriers through goddess imagery. Long, floating pieces of cloth created boundaries on the floor, and through gentle undulations of movement, the lingerie-clad women and their goddess wrapped and unwrapped themselves in diaphanous clouds of metaphoric obstacles that could stand for anything. Bettio’s strength here lay in being able to move from entrances to exits, and from solos to ensembles with some degree of logic. In short, when Bettio choreographs in simple, economic lines, her work reads beautifully, but she must be careful of large, amorphous movement that muddies clear articulation.

The rest of the show was filled with agonizing promise — agonizing because the works stopped short of where they had the potential to go. The impressive Marjorie Gibbon produced an achingly beautiful solo for herself in “Miles to Go” filled with the yearning of untaken journeys and executed through angular, distorted, contracted movement of living sculpture. Gibbon used one opera aria, but I would have liked to see a second musical selection depicting a pro-active decision-maker that answered the question of whether she succeeded or not. Nicole Cassullo was the busiest choreographer of the evening and the most diverse. Her faux-flamenco trio “Solera” was lovely for its pleasing positioning of the dancers, but while her jazz/swing solo “Tainted” was eye-catching, she had little new to say about a red-dressed woman of the night. Similarly, her septet “Bombaro” to African music needed more variation in its ritualized tribalism, which was interesting but monochromatic. Lauren Sharpe’s solo for Cassullo, “Only Just One”, showed that jazz dance-cum-hip hop can be sexy without resorting to overt “tits ‘n’ ass”, while Kate Scheuer made an interesting attempt to fuse flamenco and modern in her solo “Quedate Agin”. Tal Aronson’s “Adama” for six dancers began strongly enough in its plea for peace — set to Peter Gabriel’s world beat music with strong, bold movement for the women with hints of militaria — but became bogged down in unclear solos. The largest work was the finale “Nuts and Bolts” by Gibbon, Sharpe and Jenn Warren, which, not surprisingly, cleverly drew together a mélange of dance styles. 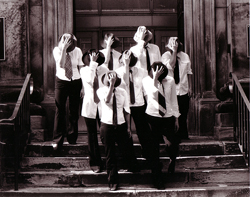 The guest choreographers certainly showed promise as well. Clinton Draper’s bonbon “Duet” was a delightful send-up of a romantic relationship with imaginative choreographic pulls and tugs between Draper and Anita Ivic. Jillian Camarta’s very ambitious “Dream” had two dancers (Sarah Johnson and Anne Williams) depicting a woman and her alter ego/lover in the form of a duet of mirror images filled with slow, circuitous movement. Of interest were the several interpretations one could take of this work. Courtney Hubick’s “Life Underground” was an ambitious dancetheatre piece using public transit as a metaphor for the eccentricities of urban existence. Her seven dancers each represented a different character, from the cell-phone princess to the nerdy library geek, and her choreography included interesting solos and clever interactions. In “Hits”, Tracee Smith produced her own version of a four-woman N’Sync-style music video through robotic hip hop, while Rebecca Hannam had great fun putting her quartet through a Broadway-style, ritualized presentation of female morning ablutions. In short, my final advice to IDAC is “less is more” — a shorter evening with longer pieces — or else the collective runs the risk of presenting a perennial laundry list of short works that negates choreographic potential. A public, professional concert should be more than a school show. 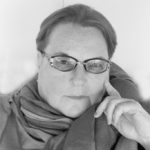