Canada eagerly welcomed Baryshnikov’s return to Toronto, from where he defected forty-four years ago in 1974.

Presented by One Show Productions, in association with Luminato Festival, BRODSKY / BARYSHNIKOV is a solo theatrical performance by Mikhail Baryshnikov, based on the poems of his friend and Nobel Laureate Joseph Brodsky. It showed at the Winter Garden Theatre from January 24 through 28, 2018.

The performance, presented solely in Russian, began with the faint playing of music and had an almost haunting air as Baryshnikov entered the stage through a large gazebo set piece. His presence, although strong, was beautifully presented as a man seemingly pensive, withered and engrossed in contemplation as he quietly whispered to himself while carrying his briefcase.

As Baryshnikov began to recite the words of Brodsky (subtitled in English), his expression was passionate, with a hint of fear as he soon declared, “This is ageing.” He moved across the stage quietly, sometimes poised looking through the window of the gazebo in deep thought, then sitting silently on a bench as he thumbed through a poetry book.

I found myself fully engaged as the story unfolded onstage — a story of a man speaking of loss and death. Baryshnikov demonstrated this brilliantly, at times stroking his face, glancing unsettled into the audience, while looking tired and distraught. He was a man contemplating his own demise.

The words of Brodsky are desolate, mournful and spiritual at times. “Only the size of loss makes a mortal equal to God,” Baryshnikov recited. Intermittently throughout the performance, sparks flew from the light on the gazebo. I perceived moments like this to be a stark awakening representing approaching mortality.

The Winter Garden Theatre hosts the perfect stage for the telling of the story, and I enjoyed the manner in which Baryshnikov navigated between the inside and outer areas of the gazebo. Although there was minimal dance movement, when it does occur Baryshnikov was strong and exciting to watch. At times he distorted his body representing wrangled pain –- some of which is briefly presented on a chair where he demonstrated his strength by balancing his body weight on both hands.

I was deeply moved as I watched and found that Baryshnikov commanded attention. His body spoke volumes interpreting the words of Brodsky with movement that signified a man who’s body was denying him of life.

The audience was taken on a journey as Baryshnikov seemed to step into a subconscious state when he hears the voice of the poetry speaking back to him on a small radio located just outside of the gazebo. “Fate was generous to him” and “Life is the sum of moments” were Brodsky phrases that were bellowed across the quiet theatre. I watched as the poetry, spoken through Baryshnikov, depicted a man embracing and now giving into his fate.

This was a performance that spoke of life, departure, truth, and fear. Worthy of a standing ovation, Baryshnikov is as honest and impressive as Brodsky’s words are intense and penetrating. In the end, as Baryshnikov quietly left the stage, leaving us with the words of Brodsky — “May there be hope.”

Listen to the author read this reflection >> bit.ly/2s6gM8a 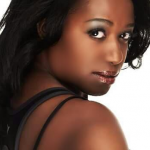 By Nicole Hamilton
Read more by this author