Cirque du Soleil recently announced it would lay off 400 employees due to a variety of economic factors putting pressure on the usually robust entertainment giant. Most of those jobs will be cut at company headquarters in Montreal, home to roughly 40 per cent of Cirque’s 5,000-employee worldwide workforce. In a statement, Cirque spokesperson Renee-Claude Menard acknowledged that the company was dealing with rising production costs, but denied that the Cirque was in any deep financial trouble. “The Cirque is not in crisis, let’s get that straight,” said Menard. “We had a record year in terms of tickets sold. We sold more than 14 million tickets this year. We had a record year for total revenue, with more than $1 billion.” In spite of the record sales, Menard agreed that times were hard. “The organization at the moment is not profitable.” She said that for each cent the Loonie gains over the U.S. dollar the company’s profits are negatively affected by nearly $3 million. Cirque du Soleil currently has 19 shows touring worldwide and is working on a new show set to open in Las Vegas in May. 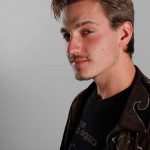