This spring, So You Think You Can Dance Canada winners Nicolas (Nico) Archambault (2008) and Jordan Clark (2011) returned to new television programs featuring dance in Canada. Both began dancing as children, Archambault in Montreal and Clark in Ontario, and their passions have grown into careers in Toronto.

Archambault took part in YTV’s The Next Star: SuperGroup. The short six-episode series, a spinoff of YTV’s The Next Star, took viewers through a talent showdown of the best girl and boy bands in the country. The finale on April 13 crowned boy band Rebel Coast, from North York, Ont., as Canada’s next super group. In addition to winning the competition, the band will also benefit from two original song recordings and a management deal with 21 Entertainment. Archambault reflects on his contribution to the show and to this new band: “I feel privileged that I got to be in the position to teach [these boys] the power of movement: from their ability to integrate intricate choreography, to their understanding of body language as the most direct way to convey emotions, confidence or charisma.”

Clark is featured in the second season of The Next Step, a reality-based dance drama. Clark plays the role of Giselle, a performer in a competitive dance studio called Next Step. The show began in 2013 and season two is scheduled to continue until the end of the summer on the Family Channel. 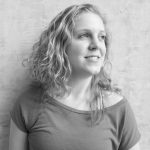 By Cassandra Wiesner
Read more by this author