Fresh out of high school, two friends from “Cowtown” (Calgary, Alberta) upped sticks and made a bold move across the pond to London, England. Many would be hesitant to move so far, but nevertheless Danscott alumni Madeleine Waters and Lukas McFarlane’s tale of overcoming the odds to pursue their dreams is one that many can draw inspiration from.

McFarlane started his career early, assisting choreographer Sean Cheeseman on So You Think You Can Dance and dancing in Nickelodeon’s Rags with Kelly Konno even finishing high school. As graduation approached, he struggled with his looming decision about whether or not to study dance in the United States. Cheesman stepped in, advising that he move to London. He explained how rich in opportunity the United Kingdom capital is and how Canadian dance artists don’t often relocate there. Following his advice, McFarlane got a two-year working holiday visa and flew across the pond.

Waters, a friend of McFarlane from Danscott, joined the adventure and was eligible to obtain a United Kingdom passport because of her British father. “I didn’t move to London to be a dancer,” she explains. “My mom always wanted me to go to university, and I just never knew what I wanted.”

At first, things started off well for McFarlane. A friend from home had vouched for him, so he booked a gig right away. While this seemed like a positive start, he assures that’s not how it continued. “I was auditioning every day and getting nothing,” he says. Instead of competing against the thirty male dancers in Calgary, he now found himself up against hundreds of dancers and with no hip hop training in a commercially saturated market.

The hip hop scene in London was a big change from Calgary where, as McFarlane puts it, the “national dance is line dancing … like we go to two-step with cowboy boots on.” “Zero groove,” is how Waters describes their dancing when they first moved to London — “I’d never shook my bum.”

Waters didn’t throw herself right into the dance scene the way McFarlane did. “When I first moved to the UK, I didn’t have any pressure on my side to become this working dancer,” she explains. “I had a different kind of pressure where I felt like I needed to find myself, but at the same time, I was doing that just by being here.”

They found themselves eating peanut butter and crackers for weeks with their pockets drained from being forced to pay six months of rent up front. “We threw ourselves into the deep end by moving to a city like this without really any real plan,” Waters says. “It was definitely a struggle, but it was the best struggle of my life.”

Finally, McFarlane got his big break when he made it past the “hunger games” of auditions and booked a coveted job working for Brian Friedman on The X Factor. This led to an impressive string of credits, including dancing for Taylor Swift and Celine Dion, but peaked when he won the hit United Kingdom reality show Got to Dance. Not only did the show bring him fame, but it also made him one of the first people to bring commercialized contemporary dance to the United Kingdom.

McFarlane now runs his own company, UnTitled (which has sold out shows), toured the United Kingdom and recently made a movie. “The minute I said ‘I want to start a company, I want to do a show,’ Maddy was the first one to say ‘I’m there. I’m there, I’m beside you,’ ” McFarlane beamed.

That being said, it took about six months to a year before Waters decided to pursue professional dance. After getting cut in the first round at The X Factor audition, she realized she had a long way to go. “I understood I needed to take that time, but I also realized that I had something else that I could bring,” she says. She started teaching and snagged a regular class at London’s famous Pineapple Dance Studios after a year.

Waters’ mother came to visit her that summer and watched one of her classes. “That was the first time that she took my dancing seriously,” Waters says. “She was like, oh you can actually make a career out of this; you’re here making money from it and these people are here listening to you teach.”

A year later, Waters booked a Marks & Spencer’s Christmas advert and, a couple months after that, her first stage gig, which happened to be alongside McFarlane. She was also recommended by an agent to dance for a brand new band that was casting dancers. The gig was so last minute that no one was available, but she was waiting and ready for work. What band? It was the chart-topping Years & Years.

That summer, Waters toured with the band and got to perform at all of the big festivals in the United Kingdom plus on The Voice, which was her first big TV performance. This year, she danced at the BRIT Awards and was specially selected to tour with Dua Lipa.

Being Canadian impacts the lives of both dancers. “Canadians here have this bond in the dance world,” McFarlane explains. “I think I am fully aware of every Canadian in my industry that lives in London, just because we’re very proud of being Canadian.”

In terms of how London has impacted them, he reveals, “It inspires me, it pushes me, it drives me crazy. I have found so much of who I am in this city.”

“London gives me a lot of life and a lot of drive to learn more and do more and be a part of it,” says Waters. “For a long time, I didn’t like who I was back home in Calgary. It wasn’t until I moved to London and I got to live in London and learn in London that I found who I was, and I can now take this person and bring it anywhere and actually know who it is.”

And if that doesn’t inspire you to get on a plane and chase your dreams, I don’t know what will. 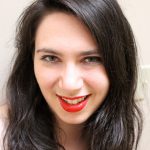 By Rachel Levitt
Read more by this author

Tagged: Commercial, So You Think You Can Dance, Writers & Readers, International