Older and Reckless, started by Toronto-based dancer/choreographer Claudia Moore, is celebrating its tenth anniversary season in 2009/10. During its first decade, a remarkable roster of “older” artists has participated in the series.

Who’d be a dance artist, where ripeness is already “past it”? Big-spirited Moore saw a way forward. What about a series that would stage the work of senior artists? In an interview, she recalled that the idea was “selfish … I was a performer but I wasn’t getting to perform enough. It’s so expensive to produce work, I thought it was a good idea to start a studio series where we could perform – some of my friends could perform too. There was a need for it. So I started it very selfishly, but opened it to others with similar needs.”

Moore envisioned Older and Reckless as a situation in which dance artists over forty could try out new work in front of an audience, without the financial and artistic risks – and the scrutiny – that often dog established artists. She is community-minded always, and conceived the series as an opportunity for performance practice, observation and exchange among artists and audience members.

Peggy Baker introduced the inaugural O&R performance, on June 26th, 2000, with a gracious and philosophical musing on the importance of older artists to the integrity and beauty of the art of dance. She spoke to an eager audience, who braved extraordinary heat and airlessness at Dancemakers’ old studio above the auto shop at Dupont and Ossington. On this first program was Robert Desrosiers, who sat in front of a portrait he had recently painted and played his guitar, then danced on a carpet. Jan Komarek showed a duet he was working on for Moore and a young dancer named Melina, and Moore danced in her unique version of “Rite of Spring”. This self-described “one-woman warrior dance against the Toronto District School Board” was Moore’s expression, as the mother of two school-age children, of her rage against recent education cuts under Mike Harris’ watch. She danced, some of Stravinsky’s score played, and bits of an angry parent’s letter were read. It’s hard to say no to Moore – she also invited me to take part in that very first O&R, and I performed a nostalgic dance called “Summer Pudding”, reminiscing about being a young dance student in London.

Older and Reckless caught on right away. For a time, it was an annual event; then Moore’s company MOonhORsE Dance Theatre, which produces O&R, began to support two editions per year. As part of the series’ continuing evolution, it became a weeklong event, expanding to include an outside eye and offering a more formalized opportunity for artistic exchange through a forum for discussion about creative process and other creative issues.

Now, artists are welcome to show new pieces, but Older and Reckless is not exclusively for premieres; some previously performed dances are also presented. Over time, Moore has shaped the series to welcome audiences into experiencing dance in several ways. Performances are introduced and animated by Christine Moynihan, executive director of DUO, who manages MOonhoORsE. The cast and the outside eye participate in the post-show chats that always follow performances. The notion of an audience warm-up was introduced several years ago. Moore laughs, “At first just one or two brave souls would go onstage for the warm-up, now the whole audience takes their shoes off and gets down.” Related workshops are a relatively recent addition to O&R activity. To date these have included NIA with Martha Randall, salsa with Miko Sobriera and Tom Brouillette’s body wisdom work. Martha Randall returns in December for another NIA workshop.

While Older and Reckless artists, including Moore, are many and varied, one consistent element is the affection of the audiences, who come to watch, stay to question and linger to party. In true Moore fashion, as if by magic, tables laden with food and drink appear moments after the post-show discussion, and people hang out to eat, drink and commingle. It’s festive. Everyone has a good time at an Older and Reckless show. Says, Moore, “Performances are always intimate affairs.”

MonhORsE’s artistic statement describes the series so: “Older and Reckless unites senior artists with people from all walks of life. Revealing creative process, practicing performance, investigating the development of new work, reaching out to emerging artists and stimulating the public, ‘older and reckless’ artists continue to passionately contribute with their own distinctive voices to dance.”

The series is very popular with established dance artists, and has become a sought-after venue. The December 2009 O&R program includes a new solo by Trish Beatty for Danielle Baskerville, Denise Fujiwara showing a new solo-in-progress which premieres in March, Tom Brouillette and Gerry Trentham in a much-anticipated duet “Tomas and Gerald”, and, by permission of the Fondation Jean-Pierre Perreault, a 1999 duet by Perreault titled “E.M.F.” performed by Laurence Lemieux and Mark Shaub. Moore will be watching these shows, having just completed “Dances in a Small Room” at the Young Centre, November 26th through December 5th, performing commissioned works by Tedd Robinson and James Kudelka with partner Dan Wild.

The second O&R anniversary shows take place from March 12th through 14th 2010. Sashar Zarif will show a new solo for Sylvie Bouchard, Old Men Dancing will perform a new work by Marie-Josée Chartier, Maxine Heppner will present a solo and Julia Sasso will perform her solo “accidental dances” to music by Ann Southam. Newton Moraes will teach a Brazilian dance workshop. From Moore’s “selfish” desire to be on stage more often, Older and Reckless has evolved into a series that helps impart a sense of longevity to dance artists, and has become a staple on Toronto’s dance calendar. 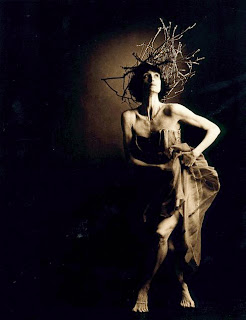 Older and Reckless runs from December 11th through 13th at Dancemakers’ Centre for Creation, Toronto. 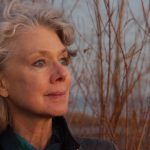 By Carol Anderson
Read more by this author