My touring dancebag
This is the dancebag I take with me between the hotel and the theatre while on tour. It’s useful, as I can carry it by the handles with my hands (and avoid aggravating a shoulder injury), but it is also sentimental – an antique bag given to me by my mother.
Scarf and sweats
I keep extra warm clothes in case the theatre is cold (which is usually the case).
Nuts, coffee mug and water bottle
I like nuts, particularly almonds, and take advantage of filling my mug and water bottle as often as I can.
Grocery bag
There is always ‘extra stuff’ you pick up at the theatre once you get there and that you need to bring back to the hotel: food, a festival t-shirt or some papers.
A Ziploc container
It can be difficult to manage food while on tour. Finding healthy options, in sufficient quantities, at the right times is a challenge. I keep a container with me to store food from breakfast or buffets for snacks later. I was once on the road in France and we stopped at a rest stop that had a delicious buffet. Even though there were many rest stops along the highway, I decided to fill my container, just in case. As soon as we left, we turned off the highway and headed through small back roads, which were beautiful but had no rest stops at all. Thankfully, I had the food I had stored — but it was a close call and a lesson to never take food for granted while on the road.
Theraband
I have a right shoulder injury that requires constant love and care.
Chopsticks and spoon
You never know when you won’t have access to (clean) utensils. 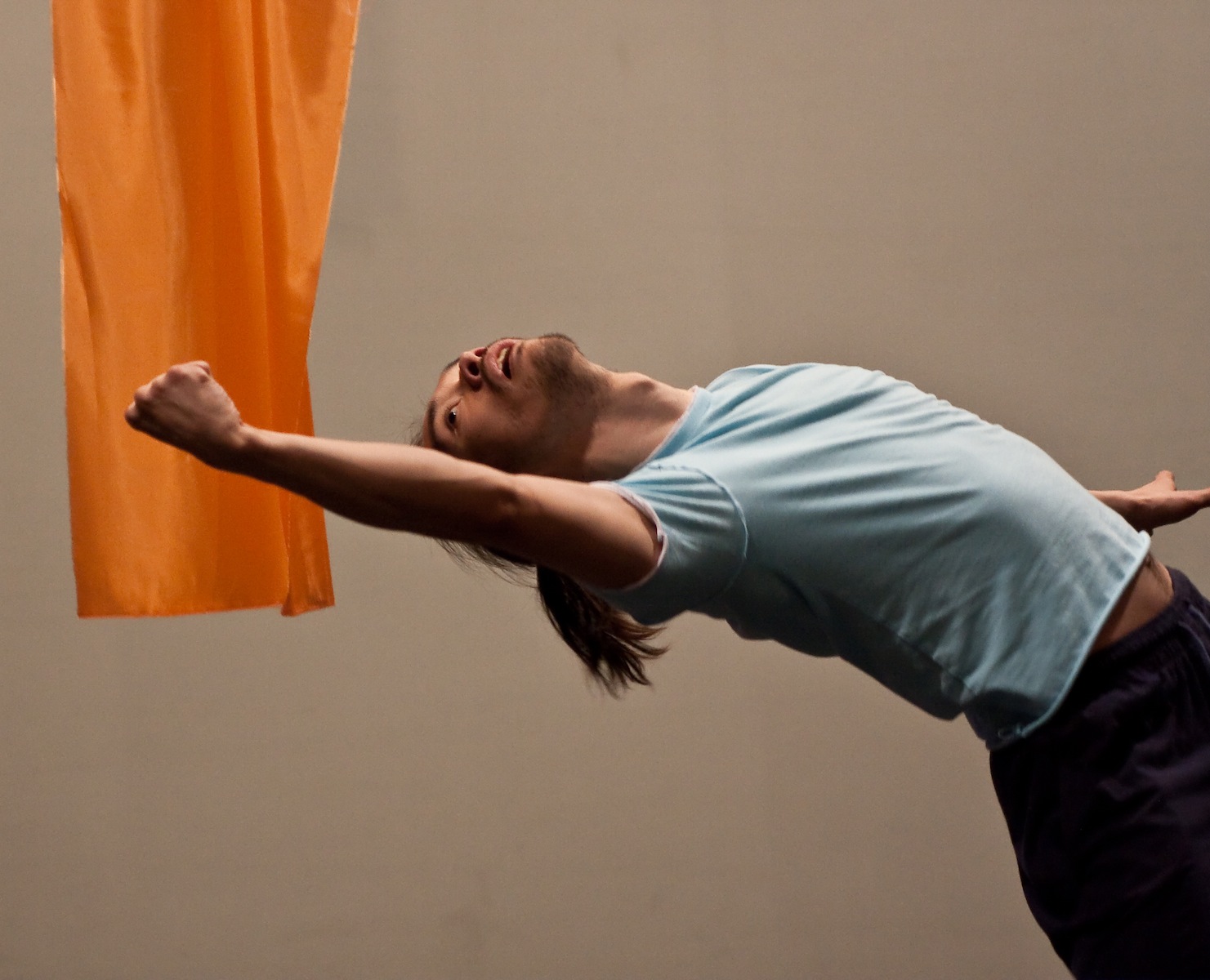 His prolific career has made Toronto-based Michael Caldwell an expert on how to pack a touring dancebag. Caldwell’s summer performances include a tour to Japan in July and a remount of Curious Schools of Theatrical Dancing by Danny Grossman running August 25 and 26 at the Festival of Dance Annapolis Royal in Annapolis Royal, Nova Scotia.