Something I’ve long known recently brought new intrigue to my curiosity: the fact that, in Spain, two different words are used to distinguish a flamenco dancer — bailaor(a) — from any other type of dancer — bailarin(a). In the nation that houses the roots of the flamenco form, it’s fascinating to me that a divide between flamenco and the rest of the dance world already begins at the basic level of language. What kind of precedent then does this fact of language set for artists working within the realm of flamenco dance and the labels that so often get used to define their work?

Lérida is a Spanish artist who easily weaves in and out of these categories between flamenco and dance. Trained in flamenco from an early age, and later in contemporary dance, improvisation and dance theatre, Lérida has been slowly but surely gaining a reputation for himself, primarily in Europe, spending greater than a decade pioneering and teaching his own unique repertoire of flamenco dance improvisation and composition. “I am flamenco and I am not,” Lérida states, and his work is proof to this statement. He’s a bailaor when his work calls for it, and at other times a bailarin. His dance is a dance between these two categories. His integrity as an artist depends on the flexibility he allows when defining himself and his work.

My conversations with Lérida began in 2011, leading to various encounters in various cities, and my flamenco world has since opened up to reveal a limitless bounty of possibility.

Lérida first entered my professional life at a time when I was starting to feel the real effects of burnout from my career trajectory as an independent flamenco artist in Alberta, exhausted from trying to navigate my way and my personal vision for flamenco through an existing predefined dance infrastructure. Especially since my vision looked beyond the traditional form. I was tired. (I’m actually still tired.) In my narrow field of view, constrained by exhaustion, I could really only see so many reasons to throw in the towel rather than continue the fight. In a sense, Lérida helped save my flamenco life.

I first learned of Lérida’s work in 2009, when he created and began curating Flamenco Empirico in Barcelona — a festival dedicated solely to experimental flamenco. Born from this festival was an inspired global community of flamenco empiricos, or experimentalists, including artists from Vienna to Miami and in between and beyond, united by similar appetites for the diverse possibilities of flamenco beyond the traditional sense. From where I see it, the empiricos represent a significant milestone for flamenco as a modern art form and one of Lérida’s most influential and impactful feats. I attended the Barcelona festival for the first time in 2011, and it felt like coming home.

“I want to create from the present to the future, not from the past to the future,” Lérida says to me quite frankly. It’s a bold statement from an artist working within an art form that is so strongly linked to its past. We are in Vienna in 2013. Lérida is here teaching workshops at an inaugural experimental flamenco festival, Im Raum Flamenco, organized by a fellow empirico to coincide with the dates of the renowned ImPulsTanz contemporary dance festival.

Prompted by my persistent curiosity (and — let’s be honest — my impatience with the pace of my own professional progress), we are discussing the absence of flamenco in the current editions of ImPulsTanz, as well as the inability of many contemporary explorations of flamenco to break into contemporary dance festival circuits in the same way as other tradition-based forms. This year that we’re meeting, for example, Akram Khan is programmed at the festival, and Bollywood workshops are being offered. I can’t help but question why flamenco is missing from the mix.

For Lérida, certain things are quite clear: first, that contemporary — not flamenco — dance audiences are the ones curious about experimental flamenco dance (“totally”, he stresses); second, that flamenco artists working from a more contemporary perspective need to be very clear about their movement language and vocabulary in order to coexist effectively within the contemporary dance world; third, that most contemporary explorations of flamenco are currently at a relatively infant stage without a high enough percentage of artists with the experience to produce high quality work, especially in comparison to artists working purely in the traditional flamenco form. I look back now and all of these ideas seem obvious. But when I heard these remarks then, I’ll admit that my own ego needed time to absorb it all.

Lérida has quite clearly set a strategy to contribute to the development of all that he mentioned to me. Through his combined work as a performer, choreographer, teacher and curator, he is creating necessary space for experimental expressions of flamenco and for its practicing artists to analyze and grow and create without judgment or limits. He wants to rip open the world of flamenco as most of us know it — to open up the minds of students, artists, audiences and presenters alike and create new definitions of what forms flamenco can take. Or at least begin to remove fixed definitions completely.

At this point in our conversation in Vienna, I’m so curious to know if Lérida feels any responsibility towards the flamenco community with the type of work he does. As a choreographer and artist, he admits that he doesn’t; he approaches his work with complete freedom, apart from any limits a sense of responsibility would impose on him. But, in his role as a curator, he more clearly senses his role in guiding his audiences around the nuances of his approach to flamenco and feels the responsibility of educating them properly. With Flamenco Empirico for example, after five years of curating the festival, he began to fear that the attending artists were getting too comfortable and that the festival’s purpose as a place for experimentation was no longer clear. The burden of responsibility began to weigh on him, and he knew it was time to shake things up. The festival closed its doors, and Lérida continued on his path of exploration.

“All transformation is hard,” explains Lérida, “because all transformation is about the process, not the final result.” And Lérida’s process is a particularly interesting one that has been developed after almost a lifetime of dedication to his craft. Transformation is a key motivation for Lérida. His work homes in on deconstructing the flamenco form from a technical standpoint, rather than an emotional one. He doesn’t care to place importance on the typical emotional qualities that are associated with flamenco and that many artists impose on themselves in the studio or in performance. (Frankly, descriptors like “passionate” and “fiery” do get tiresome.) He’s more interested in the technique that acts as the impulse to those emotions and in discovering how the body can represent and communicate those emotions. His works represent a technique being deconstructed, regardless of the emotion involved.

It’s now 2014, and we are in Sevilla. I’m here to participate in an intensive three-week improvisation and creation course with Lérida. The class is filled with a handful of local and international dancers all eager to explore outside of their comfort zones and to play within and around the limits of the traditional flamenco form. I can feel incredible things happening in the studio for the duration of the workshop, not just for me but for the group as a whole.

Fellow Canadian flamenco dancer Myriam Allard of Montréal’s La Otra Orilla is also participating. On the final day of class, the magic of what was happening in the studio for those three weeks reveals itself to me in a small way. Allard’s parting words to Lérida at the end of the workshop were clear, concise and powerful: “You are necessary.” I can’t claim to know exactly what Allard meant when she voiced those words, but they were reassuring. And they confirmed for me that I’m not alone in a desire for more for flamenco in Canada.

Here’s the thing: there are flamenco artists who stick to a more traditional path, and there are artists who don’t. I value both kinds and truly believe that both are necessary for flamenco to grow, especially in a nation like Canada that is so geographically and culturally removed from flamenco’s roots in Spain. But, instead of upholding labels that can suffocate our artists and prevent them from freely creating their unique paths, I see the need instead to be open to the various possibilities of what flamenco can be. There is so much power in those possibilities.

It’s 2015 and Lérida is finally teaching his first workshops on Canadian soil at Studio Pleamar in Montréal. He is equipped with many of the tools needed to embrace and communicate the different versions of what flamenco can be, and I couldn’t be happier that his influence is reaching a wider audience on this side of the pond. Lérida has mentioned to me on various occasions that he believes some of the strongest experimental flamenco work comes from non-Spanish dancers who are held back by fewer preconceived boundaries. And I believe that as an artist he feeds off of these workshops that he offers outside of Spain. I think, in a way, they help him keep his version of flamenco alive.

As a practicioner, Lérida is certainly not the only Spanish artist experimenting with flamenco dance from a more contemporary perspective. Other artists from his generation have even started to become more known among Canadian audiences, the most recent being Israel Galván after his tour to several Canadian cities in 2014. Heck, Vicente Escudero was pioneering new forms of flamenco decades before any others. And yet, it’s probably safe to say that Lérida’s work is often in the shadows of many of his contemporaries. He is considered more flamenco outside of Spain than he is in Spain. For an artist who has dedicated almost a lifetime to honing his craft and vision of flamenco, this fact is a real shame.

In my flamenco world, from more tangible experiences like walking the quiet or crowded streets in Sevilla to the bits of social media that I read, I can sense an appetite growing for alternative approaches to flamenco. Contemporary and experimental expressions of flamenco dance are at the tipping point of becoming something bigger on a global scale. I’m both nervous and excited about this. Will the form be able to escape the perils that come with trends and popularity? Will flamenco dance find a renewed life in the growing numbers of dedicated experimentalists? Whatever the case, Lérida predicted this surge back in Vienna in 2013, and I’m on board now too. It just took me two years of continuing to dig into my own personal practice — and stripping away layers and layers of ego — to finally understand and believe him. 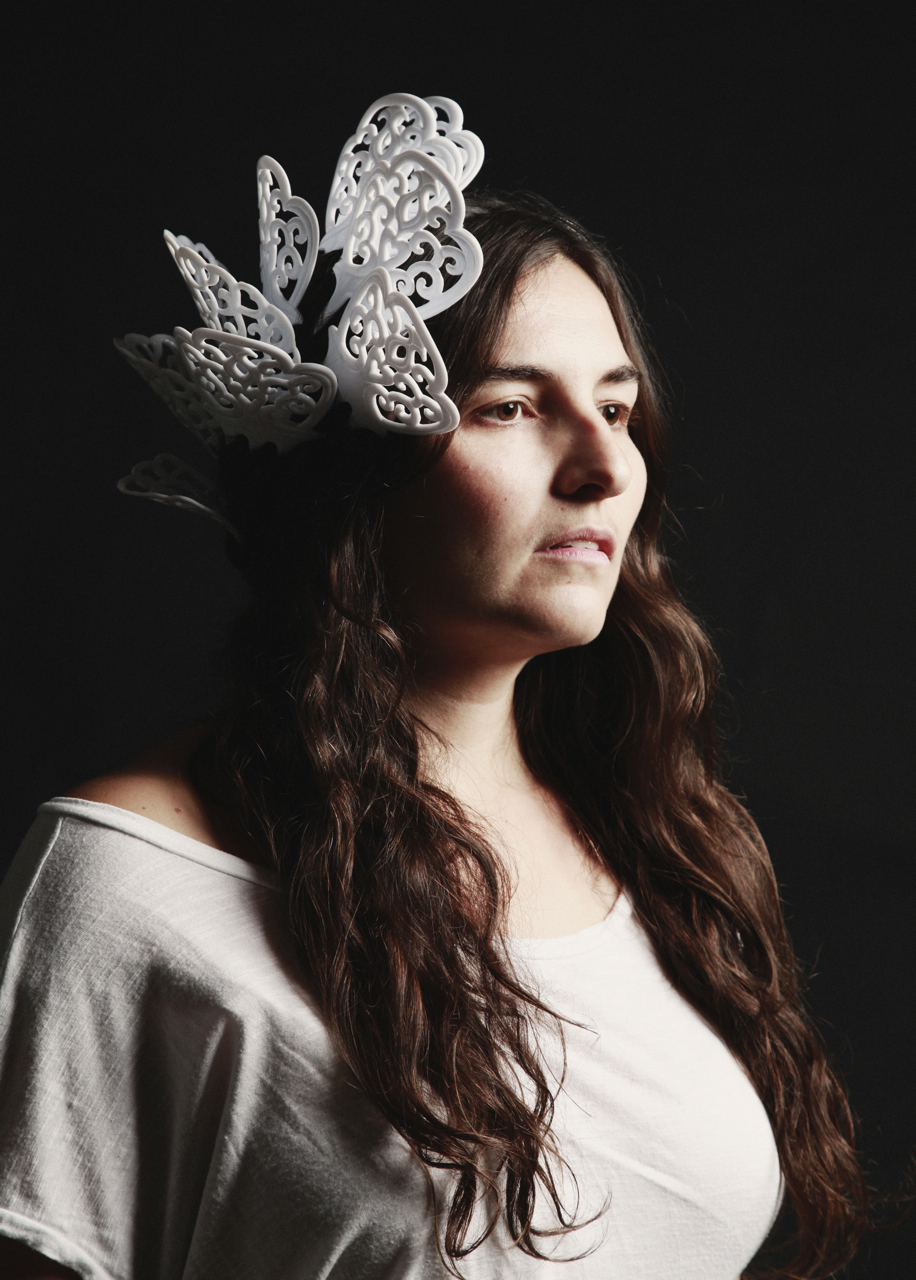 Terracciano is an independent artist originally from Calgary. Her work is steeped in the tradition of flamenco, but driven by the idea of a personal flamenco. Her solo dance works and short films have been presented nationally and internationally, including the 2014 Bienal de Flamenco Sevilla, Coetáni Experimental Flamenco Festival (Athens), Prairie Tales (Alberta) and Festival of Flamenco Short Films (Madrid/Brazil). Mostly, she creates to satisfy her relentless search for all things beautiful.

By Rosanna Terracciano
Read more by this author