For some, mixed programs are a tantalizing mix of styles and narratives; for others, they are too much of the former and not enough of the latter. The National Ballet of Canada’s (NboC) winter mixed program — Apollo; Night; The Sea Above, The Sky Below; and Paquita — was indeed a thrilling survey of contrasting styles of ballet, from modern minimalism to extravagances of the Russian Imperial variety.

On March 1, I settled into my seat at the Four Season Centre for the Performing Arts. Sitting behind me on the orchestra floor was an elderly couple — Ruby and her husband (whose name I can’t recall) — both of whom were able to make an abbreviated pitch for their opinions on the mixed program format just before conductor David Briskin took the podium. While Ruby swears by her preference for mixed programs, her partner is convinced irrevocably against them. The following two and a half hours were a melange of technically brilliant and emotionally expressive routines that drew equal bursts of applause from Ruby and the rest of the audience.

The evening began with Apollo (1928), the first work of the now famous creative partnership between Igor Stravinsky and George Balanchine. First soloist Brendan Saye performed the title role for this NBoC premiere on March 1. His Apollo is an athletic combination of lithe and boorish gestures roped together in an intimate dialogue that is mathematically precise. The effect is an indelible mix of gaiety and animal vitality. If Bernini’s Statue of David could run, leap, twirl and pirouette (free of strain), it would look something like Saye’s performance.

His counterpart muses are an equally compelling trio: Heather Ogden’s Terpsichore is strong and supple, while Jeannine Haller’s and Miyoko Koyasu’s embodiments of Polyhymnia and Calliope, respectively, provide evocative cues throughout. All four performers rose to the occasion to precisely execute what is uniquely difficult about Apollo: being in the moment. They achieved the difficult skill of “doing nothing” onstage: the talent for understating gestures and communicating a subtle and yet significant dialect with the use of simple movements.

While reflecting on the sense of presence required for Apollo during his pre-show chat, Guillaume Côté (who took on the role on March 2) properly estimated the difficulty and importance of the challenge and the need to “perform every single subtlety.” It’s a task in concentration — in removing the natural partitions between emotional ambiguities and premeditated gestures. The performance ended with a flawless ascension wherein all four characters, linked hand to hand, spanned the length of a staircase. The dancers were rewarded with a heavy round of applause.

I would not have been satisfied by Apollo alone: it has too much superabundant gaiety and too much logical, unequivocal, “Apollonian” cleanliness in the choreography. For the sake of balance, exactly the opposite is needed as a complement. The type that Friedrich Nietzsche described as “Dionysian,” — the irrational, equivocal (triquivocal, quinquivocal) counterpart to Saye’s clean-shaven and radiant Apollo.

Thankfully, the next item on the program offered precisely this opposition. That’s the brilliance of the variety made possible by a mixed program, and for this reason, I agree more with Ruby than her husband. Julia Adam’s Night, with music by Matthew Pierce, is a dreamscape of labyrinthine proportions. The first notes from the orchestra were played on the celesta — the most nocturnal of instruments — and we were immediately free of Apollo’s radiance. The choreography was no longer populated by the weightless gallivanting of a Greek god, and though there remained that same thematic component of flight and ascension, the movements now exhibited the strain of gravity.

Principal dancer Skylar Campbell, costumed in neatly cropped blue buttoned pyjamas, is the highlight of Adam’s NBoC debut. It is the most experimental piece on the program, as well as the orchestra’s best performance. At points there are movements that resemble vogueing. At another a drum kit emerges from the hollows of the orchestra pit and many a gasps were stifled. Although the set is little more than an austere backdrop, lighting designer Lisa Pinkham is able to create depth and an extra dimension of narration with projections — pillars of light at a cold and tall distance.

The third item on the program, Robert Binet’s The Sea Above, The Sky Below, left the theme of flight and ascension behind to lie beneath the full force of gravity. Reminiscent of Côté’s Being and Nothingness (2015), the set is illuminated by a single light bulb placed on the floor behind the dancers. It begins with Harrison James sitting on the floor, folded and still, as Ogden’s character provides much of the movement. As usual, her commanding presence onstage was effortless and her acting compelling. Out from stage right, with boundless alacrity, the third character rushes to embrace Ogden’s, and from the moment Félix Paquet steps onstage, he commands our attention. There’s something irresistibly unique about his physique. His gruffness and sinewy strength is visible, not in obvious and bulbous features but in a rugged and rustic muscularity. He’s the perfect contrast to Saye’s Apollo. Is that you, Dionysus?

The trio’s performance was met with the loudest applause thus far in the evening, and deservedly so. But the highest decibels of gratitude were saved for the final item on the program — Christopher Stowell’s rendition of Marius Petipa’s Paquita. It was the perfect ending to the evening — showcasing the full spectrum of programmatic variety that the NBoC and its talented dancers can capture. The entire audience, previously murmurous and observant, suddenly became a clap-happy host of the most cheerful crowd I’ve ever seen at the Four Seasons Centre. It would have been difficult to hold back after Jillian Vanstone’s seemingly endless fouettés and Francesco Gabrielle Frola’s levitating leaps. The audience was drawn to a fever pitch, erupting into rounds of applause.

The mixed program runs March 1-2 and March 20-21, 2019, at the Four Seasons Centre for the Performing Arts in Toronto. 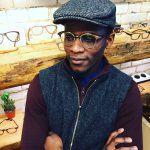 By Michael Zarathus-Cook
Read more by this author