In Orpheus Alive, the audience members are gods; we’re pulled into the story and cast as divine judges in the Greek myth of Orpheus and Eurydice. This world premiere, presented by The National Ballet of Canada on November 15, was an emotional roller-coaster, examining themes of suicide, grief and passionate love.

Jenna Savella plucks heartstrings raw in the role of Orpheus. When she turns to the audience, smashing any semblance of a fourth wall for her first gut-wrenching monologue, she lets us know this would be unlike anything seen before on the Four Seasons Centre stage. Anyone looking for a relaxing few hours at the ballet should take their business elsewhere.

Choreographer Robert Binet recognizes how rare it is to see a female character awake and alive for the entirety of a ballet. In the original tale, a talented musician named Orpheus convinces the gods to allow him to rescue his dead lover from the underworld — under one precarious condition. The myth falls into traditional gender roles where a female Eurydice dies early in the story and the rest is the adventure of Orpheus to rescue his damsel in distress. Binet plays with this dynamic by making his female Orpheus a three-dimensional person with agency in her own story; Savella, as a female Orpheus, makes perfect sense rescuing her beloved Eurydice (Spencer Hack).

The depiction of the couple’s journey through the underworld is depicted as simultaneously charming and creepy, complete with demons and Furies and a wealth of human emotion. It also plays off traditional partnering techniques, only this time the woman is leading and the man is close behind. As Eurydice follows Orpheus out of the underworld, Savella’s movement is like night and day: occasionally bright and sunny when she is imbued with the hope of young love and at times dramatic and shadowy, as if her bones are made of darkness.

Binet employs a variety of other role reversals, both conceptually and technically. Five different versions of Orpheus and Eurydice appear onstage, all foretelling an equally doomed timeline, at times with same-sex pairs. Sonia Rodriguez was captivating in the role of Eurydice’s mother, quickening heart rates and driving fingernails into armrests for every second she’s onstage. Her movements are sharp and jerky, but intentionally so, expressing the vulnerability of a mother’s grief.

Much of the drama of the night was thanks to the Grammy-nominated composer Missy Mazzoli, who knows how to use the power of silence to her advantage and the audience’s discomfort. Mazzoli, who was called “Brooklyn’s postmillennial Mozart” by critic Olivia Giovetti, has made headlines as one of the first two women to be commissioned by the Met. She has done something spectacular with Orpheus Alive. The music is dramatic, raw and playful but also, at times, terrifying — perfectly mimicking its epic namesake.

This clever staging of the classic story puts abstract ponderings on grief and mortality into the world of the audience, asking them to decide the fate of Orpheus and Eurydice. Whereas the myth has always ended in a way that feels unjust, the ballet makes us momentarily think we can change the tragic outcome to allow Orpheus and Eurydice to grow old together, to sip hot cocoa as they watch their grandchildren play. Of course, the audience has no real agency, leaving us to stew in the helplessness of the young lovers who can’t be together in the end.

The audience is constantly reminded of the passage of time by the pacing of the music and fabulously eerie set and lighting design by Hyemi Shin and Thomas Visser. One set is a replica of Osgoode subway station — steps away from the theatre itself. When the young lovers jump off the platform to dance where the tracks would be, one has no choice but to confront the terrifying possibilities. Even when you leave the ballet to return home, you are reminded of Orpheus and Eurydice.

All this was prefaced by a short show that was, in many ways, Orpheus’s opposite. Chaconne, a thirty-minute ballet to the music of Christoph Willibald Gluck’s opera Orfeo ed Euridice, paired spectacularly with Orpheus Alive, but the contrast between the two shows is stark to say the least. George Balanchine’s choreography was as tender and gentle as Orpheus was dark and contemplative. Heather Ogden and Harrison James’ presence could be felt even in the seconds before they entered the stage. The chemistry was tangible in their movements. The music was sensitive and ethereal, along with the delicate costume design by Barbara Karinska, but the swelling of the heart in Chaconne only heightened the heartbreak that awaited in Orpheus.

Ultimately, it was a night to rethink the possibilities of classical ballet for telling modern stories with a brilliant combination of humour, spoken word and raw emotion. 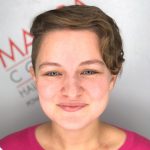 By Leah Borts-Kuperman
Read more by this author