My mother was a devout participant in the feminist revolution. She burned her bra at marches and generally wreaked havoc for my father and our neighbours. I was instilled with the ideas of such famous activists and authors as Betty Freidan, Germaine Greer and Gloria Steinem. At eleven years of age, I was not aware of the importance of such a political movement and the profound effect it would have on the future of young girls like myself.

When I grew up and became a bellydancer, needless to say, my mom was perplexed and wondered where she had gone wrong. To her, bellydance was about objectifying and exploiting the female body and in a part of the world where women’s rights were held in little regard. To her, I was sabotaging and against everything she had struggled for. To me, I was part of a new feminist revolution, which I call the Bellybutton Revolution. When I visited the Middle East, I witnessed two-hour elaborate dance performances that featured one lone female artist in all her feminine, sensual and glittering glory with a fifty-piece orchestra supporting her. Now this was a powerful woman who was having a lot of fun enjoying being a woman and it was who I wanted to be.

When invited to dinner in Arab homes, I would always end up eating way too much, but after dinner the men would go to one room, smoke cigars and play backgammon and I would join the women as we bellydanced for each other. I was always in awe of how the five-year-old girl, the pregnant mom and the eighty-five-year-old grandma would each shake her hips and strut her stuff with the same glint in her eyes and the same chin held high. It often made me wish I could share this feminine pride and power with my friends and other women back in Canada.

In the eighties, when I would come home to Canada after performing in the Middle East and say I was a bellydancer, people had no idea what I was talking about or why I was working – where? Syria? The usual response was to change the subject or make some inane comment about a ruby in the bellybutton. So, often, I just said I was an accountant – less explaining to do.

Nowadays, many women and some men are either taking bellydance class themselves or their sister, mom, daughter, grandmother or friend is – everywhere, in small towns and cities from Indonesia to Russia and Argentina to the Yukon. In fact, today, I teach in over sixty cities around the globe

Why is this ancient dance making such a huge impact with women all over the world and why NOW?

In the wedding march or Zaffah, the bellydancer leads the bride and groom in a procession and with her movements along the way, she teaches the newlyweds about the birds and the bees and inspires them for their first night together. The Zaffah is often performed at anniversaries as well.

Once, while performing at a large family gathering celebrating the fiftieth anniversary of a Syrian couple, I witnessed the enduring power of bellydance. In the middle of my performance, I went over to the couple to pull them up to dance a Zaffah. As I was approaching, the family stopped me and asked me not to embarrass the wife as she was crippled and could not walk. But before I could return to the dance floor, she had grabbed my arm with a formidable grip. She then firmly placed her other hand on the table and used the strength in both arms to help herself rise. Everyone around protested. She gave them a scolding and got herself almost to a standing position. Using all her strength to support herself on the table and my arm, she beamed a huge smile at me and proceeded to slowly sway her hips from side to side. The room was silent until she sat down, then it erupted with applause and roars of appreciation as she looked proudly into the wide and bedazzled eyes of her husband of fifty years. With the simple act of swaying her hips, she was in her full glory.

During my twenty-eight years of teaching bellydancing to countless numbers of women, I have listened to the many reasons students take up the dance. There is no typical type of woman, no particular age and no particular background. She will tell you that she persists because bellydancing enhances self-esteem. Often, one will tell how she found the courage to stand up to a difficult boss, an abusive husband, or equally difficult situations. Eating disorders have been alleviated, entrepreneurs born, and all have experienced a new awareness and comfort with their bodies regardless of shape and size. They will always tell you it was because of bellydance.

One of my mother’s idols, Gloria Steinem, wrote a book in the early nineties called “Revolution from Within”. The premise was that as a result of the feminist revolution, women could now vote freely, hold management and public office positions, receive better pay yet still not equal pay. There was still discrimination when it came to important and powerful job positions. She said that women will never be completely equal to men until deep down, there was a revolution from within, until women themselves truly believe they deserve it and, in particular, deserve equality as women, not as women emulating men

There is a new revolution going on. I call it the Bellybutton Revolution. It is contributing greatly to the “Revolution from Within” that Gloria Steinem wrote about. Bellydancing seems to be opening a new/old door on how to view femininity, the female body, what can be expressed through it, and the empowerment that feminine sensuality holds.

Editor’s Note: This article was originally published online at www.gildedserpent.com. It is republished here by permission of the author. 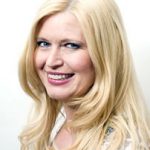 By Yasmina Ramzy
Read more by this author