Luminato is an annual multi-arts festival in Toronto dedicated to local and international artists. To celebrate the festival’s tenth anniversary this year, Luminato directors debuted the Hearn Generating Station as the core venue for all events. The Hearn, a derelict former power plant in the city’s Portlands, captured the festival’s desire for innovation and the Luminato website’s call for “adventurous art in adventurous places” in all of its 2016 programming.

Of the dance I saw, both A Study on Effort and a performance by Yes Yes Y’all demonstrated a sense of adventure that also kept to Luminato’s larger, and founding, vision. Luminato co-founder David Pecaut stressed the importance of “shared spectacle” in a 2009 statement. His words illuminate my experience of viewing both A Study on Effort and Yes Yes Y’all — both events inspired a sense of shared feeling between audience members and gestured to the creation of community through shared experience.

In A Study on Effort, the collaborative performance between New York City-based dancer Bobbi Jene Smith and fellow New York musician Keir GoGwilt pushed the audience into a vicarious experience of effort. In a series of vignettes, Smith and GoGwilt explored the extremes of their bodies. Smith danced full-out and nude on concrete floors while GoGwilt broke his violin bow with spastic playing. The vignettes created a visceral viewing experience for audience members who appeared to be glued to their seats in the shared experience of the exertion exhibited by both performers. Barbara Frum, the executive director of contemporary dance management company Sharing Spaces Productions, affirmed my observation when she mentioned to me that she felt like Smith’s mother while taking in the show, both vicariously experiencing Smith’s effort and worrying for her exhaustion.

Smith and GoGwilt performed in the Side Room, a smaller venue within the Hearn that provided an intimate environment for their work. The audience was close to the performers and in full view of each other. The seating arrangement allowed each audience member to observe and acknowledge the reactions of their fellow viewers. The Side Room also functioned as a space of community where members of Toronto’s dance scene — from established artists like Peggy Baker to Ryerson dance students — could interact with each other. In contrast to the impersonality of the Hearn’s larger Music Stage, where I saw Vancouver’s The Holy Body Tattoo perform monumental, the intimacy of the Side Room and the challenging content of Smith’s performance fostered conversation between viewers. I realized that shows like A Study on Effort can unite the Toronto dance community, inspiring dialogue between artists, and encouraging a community’s growth.

Community was central to the dance party hosted by Yes Yes Y’all, which followed A Study on Effort. Yes Yes Y’all is a Toronto-based collective working to connect the city’s queer and hip-hop communities through large dancehall parties. In collaboration with Dudebox, Yes Yes Y’all hosted a dance party in the Hearn with local DJs Skratch Bastid and Bambii. Despite the relative inaccessibility of the Hearn to public transit, the party was packed with people. Partygoers wearing T-shirts with statements like “Gay AF” indicated that Yes Yes Y’all continues to create safe spaces for the city’s queer community. Amidst the celebratory atmosphere, party hosts also directed attention to a community in need. Canadian artist Shad spoke to the group about the recent shooting at the Pulse nightclub in Orlando, Florida, and united the room in a moment of silence. Hosts and attendants joined in shared feelings of loss and resilience, forming a community intent on healing others and growing through inclusivity.

Here are a few additional highlights from the evening: 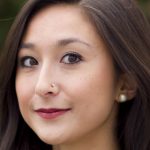 By Miya Shaffer
Read more by this author