The more things change, the more they stay the same. Or so the saying goes. But in her latest work, choreographer Andrea Peña uses “sameness,” or repetition, as a catalyst for change, highlighting the transformative nature of the body as it oscillates between a site of resilience and vulnerability. Created in collaboration with dancer François Richard, and performed by Richard along with Jean-Benoit Labrecque and Kevin Delaney, Untitled I + III offers an intimate look at the fine line between singularity and togetherness.

The large room at Usine C has been stripped bare of any wings or masking and lit in a harsh white light that confronts us with the cold, industrial feel of the room. Richard enters in silence. Despite being dressed in casual warm-up clothes, he is far from nonchalant, but rather calm, collected, with a certain air of reverence. He strips down to his underwear, carefully folding his clothes before placing himself on the edge of the stage and launching into an ever-transforming series of strange, unrelated movements.

He begins by slowly breaking down and demonstrating a movement phrase, then repeats it over and over with increasing speed and intensity until it falls apart, revealing the starting point of a new movement phrase. As this pattern repeats itself, we quickly understand Peña’s choreographic mechanism as over and over, Richard pushes his body through increasingly difficult movement sequences and then pauses to regroup before launching into the next. Repetition becomes a doorway towards transformation: jerky steps become sharp arm movements; elongated lunges become squatted jumps; and repetitive rolls become fits of uncontrollable shaking.

The sequences themselves are simple in their form; their complexity comes from an accumulation of physical information, as well as the sheer determination with which Richard attacks the work. Waves of music, composed by Bobby Leon, wash in and out, adding a layer of delicacy to the gruelling physicality, while Hugo Dalphond’s stark lighting makes it impossible to mask Richard’s effort. And yet, at times, he seems almost too good at his task, too much in control. After forty minutes, there’s not a drop of sweat visible on him, and I find myself wondering if this is truly a man we see before us or some kind of highly skilled body-machine. And just when I start to question if he will ever tire, the music floats in again, and Richard breaks free of the rigid structure, bursting through the space in a pulsating dance. With this simple but touching moment of joyful rebellion, Richard’s humanity is confirmed: I am with him in this moment, connected both empathetically and viscerally.

Just as the piece begins to wind down, Labrecque and Delaney enter the space. Like Richard before them, they disrobe, and together the three dancers launch back into the work. And by “the work,” I mean the exact same piece, from the beginning. The body that was one is now three. Far from being redundant, the repetition allows me to discover new information in the work: with this tripling of bodies comes an exponential multiplication of meanings, with each dancer pulling the work into new territories. Repetition opens us up to new horizons. The experience felt strangely like revisiting a well-loved book – to read it dozens of times, only to be amazed by finally seeing an underlying metaphor in the work that you had not previously been ready to understand.

Richard’s vulnerable abandon shines through this second time around, perhaps due to physical exhaustion or perhaps due to the contrast with Labrecque’s raw sensuality and Delaney’s explosive power. Their contrasting physicalities bring life and flexibility to the structure that before seemed rigid. It’s clear that one of the strengths of Untitled I + III is that Pena did not attempt to hide the interpreters’ differences: instead, each performer’s singularity is magnified — a key that unlocks further layers of the work. Determined and without holding back, they move as a team, working together for a common cause. This togetherness does not give a sense of perfect unison; rather, it’s a fluid unification that stretches and bends our perceptions of space and time in exciting ways. The rhythm of the work is elastic, like a strange game of tag. One dancer pulls ahead briefly until the other two catch up, perhaps even overtaking him. I listen, delighted, to the strange music created by these different bodies negotiating their points of contact on the floor, allowing me to understand their singularity in another way.

Repetition is a form of change. Or so the saying goes. Peña offers an accumulation of movements and images that ask us to reflect collectivity on our own subjectivity, bringing complex understanding on the profound human need for genuine connection. My only disappointment with the work is how, after the second cycle ended, they didn’t start the piece again for a third, fourth or fifth time around. In my mind, Peña’s multiplication of bodies will continue exponentially and without end, until both the stage and my imagination are saturated and swept away by this simple yet generous work. 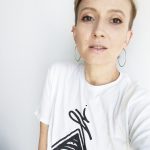