The Nutcracker runs Dec. 17-19 at the Arts and Culture Centre in St. John’s.

This year marks 35 years that the local company has presented the two-act ballet, set to Pyotr Ilyich Tchaikovsky’s 1892 score – meaning the kids who portrayed Clara and Fritz in Kittiwake’s debut performance of The Nutcracker are now old enough for the roles of Mama and Papa Stahlbaum.

There was a certain kind of magic in the air at the Arts and Culture Centre for the debut performance on Friday, Dec 17. After almost two years of the COVID-19 pandemic cancelling shows, seeing The Nutcracker in a theatre full of people brings a renewed sense of gratitude for the performing arts.

This year, Kittiwake built on that magic by premiering its very own orchestra to perform Tchaikovsky’s suite, conducted by Memorial University School of Music’s Vernon Regehr, with members of the Shallaway Youth Choir providing some vocal stylings.

Directed and choreographed by Martin Vallée (who also plays the role of Drosselmeyer), The Nutcracker begins at the Stahlbaum family home on Christmas Eve, where the children will soon receive a special holiday gift in the form of a Nutcracker soldier. As the Stahlbaum family greets their guests and exchanges pleasantries and presents, we see the first of many dance performances of the night.

Seated in the front row, I found the view somewhat odd; I was at eye level with the stage floor and above the orchestra pit. This made the harp directly below me especially audible, and the dancers appeared to soar even higher in their jetés and sautés as I looked up to the stage.

The set was simplistic, with a projector creating a Christmas scene modestly and efficiently while still bringing some movie magic to the show. The only furniture was a grandfather clock and the couch where Clara experiences the magical holiday dream that has entertained audiences for almost 130 years.

Kittiwake employs 15 dancers, meaning this large cast was composed predominantly of community members, mostly children and teenagers. Watching some of these young aspiring dancers studying their feet as they moved around the stage was genuinely adorable.

These young dancers also brought a new element to The Nutcracker – a short TikTok dance, inspiring laughter from the audience.

Ballet always impresses me by the sheer strength of its performers. Can you picture a bro at your local gym bench-pressing weights with silent poise and grace like the Cavalier as he lifts and twirls the Sugar Plum Fairy? It’s an astonishing sight.

The abilities of Alex Fehr, Saskatchewanian soloist who portrays the Cavalier, Father Stahlbaum, The Snow King and more, must be commended. His counterpart, Stephanie Campbell as the Sugar Plum Fairy and The Snow Queen, also delivered a riveting performance.

One must also applaud Kelsie Scott and Anthony Donnan in the roles of Clara and Fritz. Even though they were not the main focus of particular scenes, the young pair continued to play their parts, using facial expressions and silent gestures to remain active onstage.

Other highlights of Kittiwake Dance Theatre’s The Nutcracker included the always hilarious scene with Mama Gigogne (Elisabeth Hartling) and her gigantic child-concealing dress, and basically every scene with the eccentric Drosselmeyer, gift-giver extraordinaire.

As Kittiwake’s rendition of this classic continues at the Arts and Culture Centre until Dec. 19, viewers may feel like Clara and Fritz after viewing a show: Was it real? Or was it all a dream? The line between reality and fantasy is blurred by magic, wonder and awe, wrapped in tulle and delivered to Newfoundland audiences by Kittiwake Dance Theatre for 35 years. 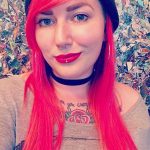 By Wendy Rose
Read more by this author