TOES for Dance’s latest mixed program, entrances and exits, offered a pre-show “informance” led by Toronto-based independent choreographer Michael Trent. Participants built individual movement phrases and explored multiple ways to join them, focusing on composition elements of relationship and space. Trent discussed the ways these elements, along with musical choice, can change the way we as an audience interpret choreography and make meaning from what we are seeing, warming up the audience for the feast ahead.

Co-Artistic Directors David Norsworthy and Kristen Carcone offered a clear summation of the structure for the evening’s performance in their program note: “We’re always on our way, entering and exiting moments with movement.” entrances and exits showcased a diverse range of what one might expect to see under the catch-all term contemporary dance with eleven individual dance pieces on the bill, as well as a spoken word poem and a song by collaborator Callahan Connor.

This show is about engaging new audiences for contemporary dance, evidenced by the adaptation of Carrie Seidman’s article “How to watch modern dance” on the first page of the program. Furthermore, Norsworthy and Carcone appeared several times throughout the show to offer suggestions for ways of seeing or experiencing the choreographies being presented. Questions such as “What do you see?” and “What do you see that makes you say that?” — as well as permission to not like everything seen and tips on active viewing — were all strategically placed within the evening’s program to help frame the next work on stage. Like didactic panels in an art gallery, these interludes offered modes of engagement beyond viewing passively and simply making judgments based on taste.

For example, during the later part of the first half, Norsworthy explained active viewing as choosing a specific focus, like viewing a particular dancer, or taking in the whole space peripherally. Seattle-based choreographer Kate Wallich’s #splurgedeath excerpt from Splurge Land immediately followed this suggestion. Three bright footlights projected from the edge of the stage to light the white fabric backdrop with the dancers — Carcone, Mia DiLena, Scott McCabe and Norsworthy — in casual studio wear. The women wore hoodies, which cast shadows on their faces and masked their facial expressions. When narrowing in on the dancers’ movement, I could see that the choreography was not intricate — the men lift and turn the women, who are in stag-jump positions, and often travel by walking or running across large portions of the stage.

When I zoomed out to take in the whole space, however, I was awestruck! The spatial pathways the dancers were following, as well as the performers’ proximity to the ground-level lights, created shadows of varying strength. Duplicate and triplicate projections appeared, as did more cinematic crossfades. Wallich’s specific lighting choice made her piece one of my favourites of the evening. This dance of shadows allowed me to imagine the possibility of the two couples being one and, furthermore, to appreciate how the choreography served this visual illusion.

The first half of the evening concluded with a piece created by Carcone and Connor called R.P.S. The work was seemingly a dramatic acting out of an imaginative origin story for the classic game of Rock, Paper, Scissors as told and beatboxed by Connor with a loop pedal. It included a section where the performers — Connor, Rebecca Diab, Sarah Fregeau, Thomas House, Ana-Maria Lucaciu, Justin de Luna and Maleek Washington — left the stage space to play the hand game with an unsuspecting audience member. A slow-motion epic battle between two of the dancers played out as if the result of the game would have landed them in the centre of one of the Hunger Games novels. A section of group unison proceeded, accompanied by sound effects from Connor — the kind a dance teacher might make to help you embody the dynamics of a movement combination. R.P.S. was energetic, highly entertaining and refreshingly playful; I hope to see more collaborations between Carcone and Connor in future TOES for Dance programs.

Before R.P.S., Connor performed a cleverly confusing poem, How You Doin? (which was likely placed for practical reasons to assist with time for a costume change) that could have, for all for all intents and purposes, been billed as a contemporary dance. It reminded me of Brendan Healy’s The Interior Was Painted Black? performed by Brodie Stevenson as part of Toronto Dance Theatre’s May 2014 On Display — a man, his dramatic voice and a microphone.

By intermission I was a bit flustered. There was so much to take in in such a short amount of time. It was like flipping channels.

I thought a lot during the extended break about excerpts and how they are staged. For one, when lighting choices are made for a specific excerpt, are they true to the context of the full work? Or are they reworked in an attempt to make any excerpt a stand-alone shorter piece?

There were a series of comments on Facebook recently around the representation of dance works in video trailer format. The thread was primarily about how sleek cinematic close-ups and slow-motion action shots are misrepresentations of the act of live performance. I wonder: Are excerpts a live trailer for entrance and exits’ choreographers? Can excerpts presented in this program be representative of the depth of their creators’ practice or the type of work they are making now?

The choreographers’ original intentions are likely a concern but not the main curatorial factor for TOES for Dance. The touring show aims to encourage the audience’s agency to interpret any work unadulterated by the influence of a program note from the choreographers. No answer sheet, as it were, to check and see if you “got it”. Sure, titles help to build a frame for the work, but the paragraph of descriptive text I’ve come to expect and rely on (possibly too much) as an audience member was only a short sentence or two identifying where a piece had first been presented or created.

What I learned about myself as a viewer of dance is that I prefer an immersive experience of longer works, and I’m interested in knowing about the choreographer’s intentions even if they don’t match my interpretation of a piece. Truth be told, I usually read program notes after a performance.

Three pieces into the second half of the program, my desire for immersion was fed. Prior to the work, Carcone offered that a dance could be viewed for its aesthetic (the shape or design) or through its evocation of emotional memory in the viewer. What followed was a poetic and calming work by Miami-based choreographer Liony Garcia entitled In lieu of flowers (edit). Performed by Fregeau, House and McCabe, the piece begins with the dancers lying on their stomachs, heads in towards the centre like spokes on a wheel. The amber side lighting in combination with the music by Terre Thaemlitz and Nina Simone made this world feel like a beach at dusk. In a drawn-out canon, each dancer begins a movement phrase initiated from their tailbone that lifts them from their resting place. I was drawn in to the world of the piece in a way that I feel unable to fully articulate. It was intoxicatingly calming. A series of morphing shapes, shifting and blending like watching clouds merge and take new forms. The piece ends with the dancers travelling the full width of the stage performing a repeating phrase of circling wrists, each dancer rotating the motif to reveal the movement from all angles. Rotations of the body conjured an image of a rippling tide, slowly receding back from the shore, while the intricate patterns of the wrists looked like gulls hovering above sand.

And then for something completely different, the next work, aptly named WTF by Marie Lambin-Gagnon, was a pop pageantry of neon and the nonsensical. It had the satirical California kitsch feel of a Katy Perry video while including some insider dance jokes in the movement material, such as overly dramatized high contractions and other such Martha Graham vocabulary. There was even a momentary nod to the famous cygnets variation from Swan Lake. About halfway through the piece the dancers passed out lettuce to the audience. In the post-show Q&A, Carcone explained that they usually hand out kale and that Lambin-Gagnon was commenting on the trendiness of certain vegetables. The choreographer’s motivation was to show the extremes of trends, and she did, in large part thanks to the impeccable technical and theatrical skills of dancers Carcone, DiLena and Lea Ved.

The technical skill level of the whole cast was impeccable. I wasn’t aware of their effort at all while I was watching. Maybe the alternate ways of seeing offered throughout the night, these prompts to look with fresh eyes, allowed me the freedom to stop watching dance as a dancer and experience the work from where I was as an audience member. In moments, I forgot I was watching dance and instead was afforded the space and permission to revel in the joy of witnessing art unfold on stage.

TOES for Dance — TOES standing as an acronym for The Outreach Exchange Strategy — provided multiple entry points to the pieces that made up entrances and exits. Although at first glance, the program seemed to be geared towards the contemporary dance neophyte or a show to take a friend or family member to so that Carcone, Norsworthy and their stellar cast of dancers could show and explain what you’ve maybe tried to tell them for years. But for the avid dance-goer, it was an opportunity to let go, step back, let down defenses and enjoy the freedom we have to craft our experience as an audience member.

If this past September’s Fall for Dance North festival in Toronto did the work of making the general public fall in love with dance in general, we have TOES for Dance to thank for doing the courting on behalf of contemporary dance community in Toronto and the GTA. 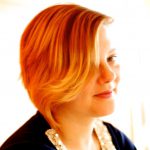 By Sarah Lochhead
Read more by this author