In complete darkness
We are all the same
It is only our knowledge and wisdom
That separates us
Don’t let your eyes deceive you. — Janet Jackson, Interlude: Livin’…in Complete Darkness

In the kind of serendipity that feels like a blessing from the zeitgeist, Gerard Reyes took to the La Chapelle Theatre the same week as the twenty-fifth anniversary of canonical voguing documentary Paris is Burning (Jennie Livingston, 1990). Known to culture makers and watchers as a seminal text in queer post-modernity, Livingston’s film became a counterculture Quran, providing us with the language and characters that hold a distorting mirror to both straight culture and the gay mainstream. (See Lucas Hilderbrand’s excellent monograph Paris is Burning from the Queer Film Classics series published by Arsenal Pulp in 2013.)  A quarter-century later, voguing is thriving both as a dance genre and as a source of countercultural capital. A profusion of homages and reappropriations of the indigenous Harlem dance style (that evolved from what is referred to as the “Ball Scene”) have made their way to contemporary dance stages the world over – most famously, in Yale graduate and critical darling Trajal Harrell’s (M)IMOSA and Antigone Sr series. Harrell is rightfully famous for his masterfully ahistorical hypothesis of what might have happened if the Harlem Ball Scene had “gone downtown” to the Judson Church, an aesthetic liaison between voguing and the 1960s modern dance deconstruction movement known as Fluxus. Voguing “workshops” are now taught at Vienna International Dance Festival ImPulsTanz, and the genre has gradually claimed a place among the pedagogical pillars of ballet, jazz, tap, contemporary and hip hop.

Enter expatriated Montréaler Gerard Reyes. His lithe, hirsute form barely contained in a (custom-made?) transparent, black cutout leotard; reinforced black leather booties; and, all that beard. His clever distorted voiceover doubles up on the seduction to remind us that we will be allowed, nay encouraged, to take photos, move around in the theatre and meditate on the least enigmatic of pop stars, the one and only Ms. Janet Jackson. “Touch this, touch all of this” — a line from Paris is Burning’s main trans character, the endearing (late) Venus Xtravaganza — has now become “Instagram this, tweet all of this.” But crucially, Reyes turns the “shade” of voguing — its proclivity for battles, downward comparison and witty insult — on its head.

He somewhat subverts both stage and ballroom norms by showing us all his skills – presentation being his main strength — and then getting the audience participation started early, beckoning us to move into the stage area with him shortly after showing us his perfected forms in front of two moveable mirrors. With what appeared to be an audience plant seated in a black chair, Reyes treats us to a proxy lap dance that only a trained dancer can do: headstand splits, gravity-defying poses and the alluring gluteal presentation that becomes a main motif of the work. This is not the “realness” for which voguing is known, i.e. the style of walking runway in order to imitate various forms of gender expression. Rather, this is #stripping (we are reminded to use the hashtag when tweeting to @gerardXreyes), a stylized hybrid of exotic dancing and vogue “presentation” — i.e. a form of posing that is concerned with the geometric and erotic positioning of the body for a titillated or judgmental spectator. But who is this lap dance really for? It is for the dancer more than for us.

In an interesting evolution from when I saw a work-in-progress showing at Agora de la Danse last year, Reyes inserts a masterful scene of pure, unadulterated classic “presentation” smack-dab in the middle of the piece. To a soundtrack of gently falling rain, lit in dark shades of red and mauve, Reyes removes his booties and leotard to assume a series of classic male “beefcake” poses. He slowly and deliberately transitions from being seated on the floor to standing in chiastic, looking up, flexing: this was realness. This was a dancer claiming space and simultaneously dismissing and fulfilling our expectations of gender expression. (Emancipated from his Compagnie Marie Chouinard contract for some years now, Reyes has loudly claimed a place in the solo appropriation of voguing.) And smartly, this moment of such quiet strength only served to make the catwalk, hands and floorwork explosion that followed more thrilling. This section of the work did not evoke an egotistical “need to feel special” (which is quoted in the voiceover of what sounds like a gay teenager): this was an invitation to feel as special as he does, and perhaps, in so doing, overcome some of the homophobia, misogyny and patriarchy that make life such a bitch sometimes.

Reyes tempers his need to feel special by including both unsuspecting and pre-aware audience members in tender improvised duets (laying down, standing on a chair or as a recipient of a lap dance). But overall, The Principle of Pleasure addresses the paradox of voguing in a contained, safe way. The genre’s classic moves – rhythmic storytelling with hands, magazine cover girl posing with the face, catwalk/duckwalk, fashion-inspired runway/“presentation” and floorwork/dips — can be performed by anyone, but in its codification and increasingly de rigueur athleticism, few can do it as well as this new wave of professionally trained dancers voguing “from the top” as opposed to learning it from the street, the balls and the church basements of poor black and Latino urban America. But many of us do not go to the theatre to feel special; that’s what the dance floor is for. 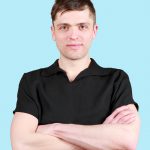 By Jordan Arseneault
Read more by this author