Hunching in a suit jacket amidst a cluttered stage, Bill Coleman is tense. His wiry frame contorts, his bones seemingly ill at ease in their skin. Then we hear it: the crackling. Coleman wrings his limbs, popping loudly with every twist. The audience starts to giggle. We watch as the veteran performer releases years of grievances from his aging joints. Then we see them: small shards of clear plastic flying out of his shirt cuffs and pant legs. Plastic cocktail glasses crushed between layers of clothing and Coleman’s arching body. And so Dollhouse begins, a journey wherein every sound is an action and every action is a sound.

Presented by Public Energy at Peterborough’s Market Hall on April 2, Dollhouse is the newest collaboration between Coleman, co-artistic director of Coleman Lemieux & Compagnie, and Gordon Monahan, accomplished sound artist and recipient of the 2013 Governor General’s Award in Visual and Media Arts, supported by the efforts of set designer David Gaucher and lighting designer Pierre Lavoie.

At first glance, the set of Dollhouse is its own cause for concern, a booby-trapped mess of wires, ladders, mousetraps and sound equipment. Coleman staggers through the chaos, knocking down tables and yanking wires, leaving a trail of destruction in his wake. With acute muscular focus, Coleman pushes pedestrian and gestural movement to their physical extremes, rendering his body unrecognizable, at times almost grotesque. In Dollhouse he embarks on a series of physical tasks, plunging into dangerous, sometimes humorous, encounters with this inhospitable terrain. We watch as slapstick and pathos intertwine. At one point he reaches down to painstakingly peel his sock from a sticky black tile on the floor. His irritation is palpable. The audience laughs. That familiar feeling of being surrounded by too much crap, of tripping over our own lives.

Moments later Monahan emerges from his fortress of dials and cords and attaches a wire to Coleman’s chest. We listen to the blurry sound of Coleman’s twisting fascia, low pulses streaming endlessly out of his writhing form. And I realize that everything on this set, including Coleman’s body, is designed to conduct sound.

Dollhouse is a true collaboration. In Coleman and Monahan we see two seasoned artists tirelessly honing their crafts. The result is a post-disciplinary performance, which rebuffs terms like contemporary dance, performance art, sound installation and experimental theatre, rendering them obstacles rather than openings to accessing the work.

We watch Monahan ladle water into a cluster of steaming metal bowls on hot plates. The bowls rock gently back and forth, wires amplifying the sound of the dropping water sloshing and groaning inside them. Brow furrowed, steady hand, Monahan animates the inanimate, adding layer after layer of thickening sound. We listen, transfixed by this hypnotic, unlikely symphony, as Coleman crouches in the back corner of the stage, almost out of sight.

Iconic images of human suffering continue to surface in Dollhouse. At one point, torso arching and contracting, arms quivering at his sides, Coleman edges his way across the stage, a dozen wooden arrows lodged in his back. Coleman is striking. Backlit, propelled forward by an invisible force, this New Age St. Sebastian clatters slowly over the debris-strewn stage with intensity and fragility, finally slumping face down in a rumpled heap.

But just as we are mired in Coleman’s pathos and defeat — the stage starts to spin. It is not the stage itself but half a dozen metal poles wrapped in foliage, with antenna sticking out of their tops, which simultaneously begin to whir, like a forest of one-bladed fans. And the stage is alive.

Dollhouse climaxes with a rainstorm. Coleman stands, legs splayed, shoulders hunched, his body withering under the pounding water rushing from a rectangular metal contraption, as amplified droplets generate a cacophonous wall of sound. This world is unpredictable. Dangerous. Pandora’s box of horrors fills our ears, and I am struck by the nauseating physicality of the sound. Coleman’s body resists, yet finally succumbs, collapsing, his limbs limp under the weight of the water. His body a physical manifestation of the sonic experience — not the other way around. And then, finally, it stops. Coleman rises, exhausted, glances at Monahan, then at us; somehow he has survived.

What could be a genuine expression of male angst is in fact far more multi-layered. The complexity of Monahan’s sonic landscape is astounding. In our high-tech world saturated by visual imagery, Monahan and Coleman succeed in blinding us with sound — no small feat. The story of human suffering is not new, but it is in the telling that Coleman and Monahan’s Dollhouse makes a worthy contribution to Canadian contemporary art. Caught between Monahan’s sonic puppetry and Coleman’s corporeal vulnerability, Dollhouse forces us to question — in this life — how much control do we actually have?

After Peterborough, Dollhouse continues on to Kitchener and later Toronto’s CanStage in the fall of 2016. As I leave the theatre, I feel the sound leaking from my body, oozing from my joints. The price of carrying a feeling body through an inanimate world. 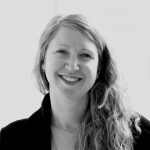 By Victoria Mohr-Blakeney
Read more by this author