Editor’s note: This version has been updated from the original, which stated that Colleen Snell was the costume designer.

A Grimm Night runs April 14-17 at The Great Hall in Toronto.

The invitation to the masquerade called for sensible shoes, a prerequisite for chasing after the fairy-tale characters who animate A Grimm Night, a truly enchanting work of participatory dance-theatre that opened at The Great Hall in Toronto on Thursday night. Directed and choreographed by Julia Cratchley from an original score by Owen Belton, the (literally) moving spectacle runs upstairs and down, erupting in bursts of acrobatic dancing and mostly wordless expressionistic acting on several floors of the gothic-style building all at once.

There’s drama on the upper balcony where a nefariously vain queen consults a book on witchcraft, a portent of doom. And there’s action, in the form of a sword fight, in the enchanted garden located several storeys below, on the building’s subterranean level, where a trio of fairies can also be found, flitting beneath trees festooned with butterfly wings. In between, on the main floor, is the candlelit ball where, alas, the waltz becomes a wrestling match, instigated by punch-throwing women wearing tulle skirts and malevolent grins. The audience, watching spellbound from the sidelines, shrinks into the shadows to avoid being pulled into the fray.

It all feels dangerously glamourous in a voyeuristic kind of way, which is part of the fun. A Grimm Night doesn’t have you just running. It has the mind pumping, wondering where the action will go next.

Featuring a nimble 11-member cast that includes former Royal Winnipeg Ballet star Evelyn Hart and seasoned Canadian contemporary dance artists such as Tyler Gledhill, Kelly Shaw and Joey Arrigo, the stories being enacted here are mostly familiar to those who grew up devouring the darkly fabulist tales compiled by the Brothers Grimm – Cinderella, Snow White, Sleeping Beauty and the spinning wheel-obsessed Rumpelstiltskin. Besides a prince or two, what these stories have in common is the struggle between good and evil, an age-old theme which (given the events of the world today) continues to resonate with people, young and old, contributing to A Grimm Night’s success.

Reawakening memories of narratives many of us first encountered in childhood, their retelling as wordless works of danced drama engages the imagination to colour in any blanks that may and do occur as the action zips along, often leaving the audience deliberately hanging. The next scene in a given scenario might just be unfolding in an adjacent room and so you tighten your shoelaces in an effort to keep up. This active participation is not exhausting. It’s exhilarating, a key part of what makes A Grimm Night uniquely entertaining.

Launched a decade ago in New York with Sleep No More, a free-roaming work that continues to attract audiences, participatory theatre is a growing genre because it offers audiences an opportunity to get involved in the action, even if only on the level of choosing what parts of the theatrical experience they want to see and follow, and when. Cratchley experimented with the form before, notably with The Eve of St. George, which she last presented in 2019, also at The Great Hall, under the aegis of the Transcen | Dance Project, a performing arts company whose stated mission is to add “a new element” to the local dance scene.

A Grimm Night was to have been the followup, with performances originally scheduled for 2020. But then the pandemic intervened, delaying the premiere by more than two years. In the interim, Cratchley, a graduate of Vancouver’s multidisciplinary Arts Umbrella program, expanded the work, honing characters and sharpening scenes while drawing on the talents of an artistic team that includes set and lighting designer Jennifer Goodman, costume designer Yulia Kinshakova, fight choreographer Colleen Snell and the maker of that butterfly tree, Noelle Hamlyn.

The choreography might be Cratchley’s and Cratchley’s alone, though while watching Hart curtsey just like she once did in the story ballets she is world-famous for, the feeling is that the dancers helped to shape it. Shaw’s solos, for instance, have a different movement quality from the others and perhaps because they are extensions of what she can do with her own pliant body. As the downtrodden Cinderella, she uses outflung limbs, backward falls and contortions on the floor to give glimpses of a tortured inner world, adding psychological depth to her fairy tale persona.

Also intriguing, but in a different way, is the character identified as Prince Phillip. Played by the Dora award-winning actor Jack Rennie, he moves mysteriously through the proceedings, sometimes bleeding, other times mumbling away at anyone in the audience who’ll stop to listen to what he has to say. There he is again, just as enigmatically, at the final tableau, where Hart’s wicked stepmother character pulls a knife and threatens to pierce the heart of Gledhill’s most charming Prince Charming. Is Phillip going to intervene? Will anyone get to live happily ever after? The lights go out before we can really know for sure. But here’s the thing. In A Grimm Night, the action recurs, like a tape loop in real time. Miss a part of the plot? No problem. You can always catch it again on the next go round, provided you can keep up. 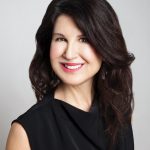 By Deirdre Kelly
Read more by this author