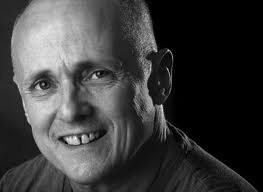 The discussion recognized inequities in funding what are considered to be marginalized groups, and how communities are changing and wish to see forms of cultural expression that are reflective of their own backgrounds. Remedies were also considered, such as encouraging programmers, funding bodies and policy makers to be representative of diverse forms, and examining Eurocentric programming standards in order to become more inclusive. A performance by Kevin Ormsby of KasheDance followed the panel. On January 30th, Ontario College of Art and Design President Sara Diamond delievered a keynote address, which was followed by a performance of SAMVAD by Lata Pada’s Sampradaya Dance Creations. Also offered on this day were workshop and development sessions on curatorial competence, employment issues, audience building and marketing, representation on boards, and relationships with funding bodies. CPPAMO is an organization of Aboriginal and ethno-racial artists working toward building relationships with presenters in order to empower the performing arts communities of Ontario.

By Samantha Mehra
Read more by this author