The Canadian Alliance of Dance Artists Ontario Chapter (CADA-ON) is hosting The Ministry of Silly Walks Walk-A-Thon on Wednesday, April 29th beginning at 5:30 from Yonge-Dundas Square. Participants will create their own silly walk and parade through downtown Toronto for half an hour to raise awareness and pledges, and to celebrate International Dance Day. Recruitment for the event will take place on Sunday, April 26th during the International Dance Day festivities at Yonge-Dundas Square. Online video submissions are also accepted. As Elizabeth Chitty, executive director of CADA-ON explains, “In tough economic times, it has become difficult to obtain government grants for the development of silly walks, and as a result, the city of Toronto has become gravely deficient in the splendor of silly walking. CADA-ON is calling out to our lost silly walkers, so that together we may unite as proud ambling citizens, supported by pledges from the public.” The event, in support of CADA’s Ontario Chapter, is based on the 1970s Monty Python comedy skit. 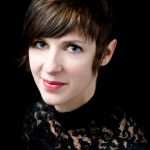