A highly regarded figure in the Québec dance community, Rhéaume has been forming his legacy since graduating from L’École de danse de Québec in 1989. After apprenticing with the company Dance Partout in Québec City, he joined the renowned Groupe Dance Lab in Ottawa and worked under Peter Boneham, receiving an enviable education in professional creation, performance and choreography. In 1993, Rhéaume moved to Montréal and danced in the works of Louise Bédard, Danièle Desnoyers, Estelle Clareton, Hélène Blackburn, Isabelle Van Grimde, Daniel Soulières and Sarah Bild.

Rhéaume quickly gained notoriety as an independent choreographer. Lucie Boissinot commissioned him to create Ses propres ailes, and in 1994 he created Falaise for The Dance Collective Company (Winnipeg). Over the next few years, his works were recognized in festivals, performed on prestigious stages and praised in the press. In 1999, Rhéaume formed his company Le Fils d’Adrien and shortly after relocated to Québec City. 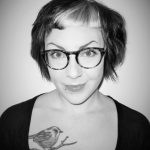 By Jessica Alley
Read more by this author