On April 14, Toronto’s Canadian Contemporary Dance Theatre (CCDT) honoured thirteen-year-old Thée Winddancer by awarding her the René Highway Scholarship to attend their school, after seeing her perform in a March Break Performance Camp led by Indigenous performing arts company Kaha:wi Dance Theatre. “She’s a young girl who spends a lot of time dancing in her room, so we thought that was the kind of person we’d like,” said Michael de Coninck Smith, the managing director at CCDT. “She could dance in our rooms and have a little more elbow room,” he says laughing.

The scholarship was started in the 1990s after the death of Cree dancer and actor René Highway, a central figure at the school. It acknowledges his legacy and desire to nurture Indigenous youth’s passion for dance. For many years, the scholarship has been unfulfilled and put to sleep due to a lack of potential applicants.

It was during Kaha:wi’s March Break Performance Camp in Toronto (held at the CCDT and led by Kaha:wi Artistic Director Santee Smith) that de Coninck Smith thought it would be a great opportunity to stop by and check out the talent and passion of the young dancers.

“There was a real playful quality about her and there was something just in the way that she moved and the joy she had,” he said. “She has a really upbeat attitude, and when I heard about her not having a space to dance that just sealed the deal.”

Winddancer’s scholarship has an indefinite length. Starting in September 2015, and for as long as she wants to dance, all of the classes at CCDT will be available for her to take. She hasn’t had much formal training but enjoys modern, and will have the opportunity to try other classes such as jazz and hip hop.~ 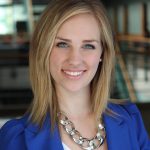 By Kayla Hoolwerf
Read more by this author