Reed Doob, a recipient of the Woodrow Wilson, Kent and Guggenheim Fellowships, received her undergraduate degree from Harvard University and completed her PhD in medieval studies at Stanford University. In 1969, she became an assistant professor at Glendon College of York University, where she held numerous senior positions until her retirement in 2014.

In an interview with Dance Collection Danse (DCD) in 2011, Reed Doob said she had decided to start writing about dance after watching Rudolf Nureyev and Margot Fonteyn perform in England. In 1973, The National Ballet of Canada asked her to write performance biographies for the dancers after reading one of her articles. She wrote for the company for several years, creating historical program notes, biographies and pre-performance lectures. From there, she began reviewing dance for newspapers such as The Globe and Mail. She considered her usually positive writing as an advocacy for the art form, as well as encouragement for the dancers who may be reading. From 1976 through 1979, Reed Doob interviewed dancers for the CBC Radio program The Dance, including Erik Bruhn, Sir Kenneth MacMillan, John Neumeier and nearly sixty others. Eventually, she shifted her writing from dance criticism and journalism to more research-driven forms, including dance ethnography and performing art’s creative theory. Over the course of her writing career, she published over 400 dance reviews and five books.

Reed Doob was an active and committed member of numerous organizations. She was director of the Actor’s Fund of Canada from 1993 to 2006, a board member of the World Dance Alliance from 2001 to 2005 and, from 2001 to 2009, a co-chair of its Education and Training Network. She also held several positions on education boards outside of dance, including being a founding member of the Senior Women Academic Administrators of Canada in 1987.

During her undergraduate degree at Harvard, Reed Doob published an article in the Journal of the New York Academy of Sciences, based on her interests in and research of transplantation immunity. While obtaining her PhD, and starting her career as a dance academic, she drifted away from the medical research interests but recommitted in the 1980s. In 1989, she became a research associate in clinical immunology at the HIV clinic at Toronto Western Hospital where she designed clinical studies. Later, she co-founded Reed McFadden, a medical research company that focused on HIV/AIDS. When asked by DCD why she eventually returned to York University and continued her research in dance in 1994, Reed Doob said she had asked herself what she was “keeping people alive for [and] thought that dance was one reason why people should enjoy life.”

As an integral member of several academic, artistic and social communities, Reed Doob and her far-reaching hard work and dedication will be missed.

A celebration of Reed Doob’s life will be planned for later this year. 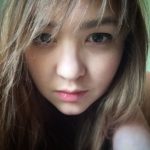