With the Summer Games just over two years away, Nick Robinson, a b-boy and personal trainer originally from Whitehorse, Yukon, has been brought on as head strength and conditioning coach for Team Canada. Robinson has lived in Toronto for about 12 years, working as both a dancer and personal trainer.

Canada’s first-ever Olympic breaking team is beginning to take form. Currently, the team is made up of four dancers – two b-girls and two b-boys – from across the country: Tiffany “B-girl Tiff” Leung from Toronto, Samuel “B-boy Mass” Cyr from Montreal and Philip “B-boy Wizard” Kim and Emma Misak, both from Vancouver. More dancers will be added to the team as additional qualifying events take place. Breaking Canada has organized its first training camp for Team Canada, happening this weekend, March 26-27, at the University of Toronto.

“It was really cool when they asked me because this is a full circle,” said Robinson. “This is literally my two worlds [coming together].”

Coming up in July 2024, the Paris Olympic Games will include four new sporting events: sport climbing, surfing, skateboarding and breaking. According to the Paris 2024 website, the International Olympic Committee is “keen to set a new start for inclusive, gender-balanced and youth-centred games,” hence its acceptance of Paris 2024’s proposal to include the four new sports, which are all “closely associated with youth.”

Robinson started learning breaking at the Leaping Feats dance studio in Whitehorse when he was in Grade 8. He quickly became passionate about the dance form and began practising at home. He started teaching classes at the studio the next year and shortly after formed Groundwork Sessions Crew, now a well-respected Canadian breaking crew, with his friends and younger twin brothers. One year after finishing high school, Robinson moved to Toronto to study kinesiology at the University of Toronto. He paid his way through school doing dance gigs.

Over the years, Robinson’s connections within the dance community presented him with a lot of opportunities to train dancers in the Greater Toronto Area. Since 2015, Robinson has also been the strength and conditioning coach for Piper Gilles and Paul Poirier, the Olympic ice dance team out of Ontario.

Robinson’s strength training is being offered to members of Team Canada by Breaking Canada, a non-profit organization partnering with Canada DanceSport to facilitate the creation of – and offer support to – the first-ever Olympic Canadian breaking team.

“The role of the strength and conditioning coach is to support the athletes, or in this case, dancers … to a) help elevate their performance [in terms of] strength, power, endurance, all that stuff, and b) help prevent injury as well,” said Robinson.

“I love his upbeat attitude,” said Leung about Robinson. “He’s always messaging me and keeping tabs on me to make sure that I’m sticking to the program. And he’s very aware of what’s going on in my life.”

“I really recognize how tough it is going to be, going to the Olympics, and how much my life is going to have to change … and that’s kind of daunting for me,” said Leung. “[I’m] trying to optimize everything to really create that routine that will allow me to actualize my dreams for breaking, but it’s really helpful to have someone like Nick who … [will] take initiative and set up a call for us, set up a program for us.”

Leung mentioned that the road to the Olympics often feels lonely but added: “Someone like Nick reminds me that there’s other people invested – and helping me reach my goals as well.” 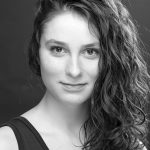