The first national symposium for dance and well-being took place November 4-5, 2016, in Toronto at Canada’s National Ballet School (NBS). It was hosted by the National Centre for Dance Therapy (NCDT), a division of Les Grands Ballets Canadiens de Montréal.

Founded three years ago, NCDT is a leader in dance/movement therapy research, education and community outreach in Canada. Progress with the Canadian centre has been much-anticipated given that the American Dance Therapy Association was established in the United States in 1966,while the United Kingdom established its association in 1982 and the European Association for Dance Movement Therapy was founded in 1994. Principles of dance/movement therapy are universally applied to using the body, its movement and the art of dance to assist integrating the emotional, physical, cognitive and social aspects of human beings. The symposium highlighted the work already underway across Canada and a future of possibilities. Attendees were engaged with keynote speakers, discussion groups, workshops and the sharing of research. Scientists, researchers, a variety of therapists, artists and dancers all attended and presented at the inaugural event. The symposium continued to expand the spectrum of “dance and …” highlighting the interdisciplinary nature of this holistic art form.

Sarah Berry, PhD from McGill, presented her research on dance therapy and mental health, asserting the need of the “critical friendship” between dance and science. This was a common theme throughout the weekend, suggesting that any distance between the two is slowly dissipating as the fields find more common ground. Additional research professionals shared their findings from within the rehabilitation setting, using dance/movement therapy with persons with a physical disability, with children who have a hereditary peripheral neuropathy, as well as for balance, gait and functional mobility in neurological patients.

On November 5, Patricia P. Capello from Brooklyn, NY, led a workshop on dance/movement therapy with adult psychiatric clients. Rosamaria Ricart of Montréal explored the intervention for people living with an autism spectrum disorder, stressing the importance of incorporating the clients’ support networks such as family and caregivers. More workshops brought focus into communities, rehabilitation settings, persons with disabilities, chair dance and older adults with neurodegenerative diseases like PD, dementia and Alzheimer’s.

The final discussion panel encouraged finding a movement vocabulary that could effectively communicate, develop and validate those aspects of dance that are fleeting, mysterious and often subjectively experienced or witnessed. Whereas science relies on valid and reliable systems of measuring and recording data, dance is cherished as a moment in time that can never be entirely recreated, often only remembered within one’s own embodied consciousness.

The community can look forward to more collaboration, research and trained dance therapists as NCDT just created the first master’s degree program in dance therapy in Canada. Planning for the follow up to this first national symposium is already underway, and it is slated to take place in Montréal in 2017. 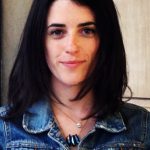 By Ruth Madden
Read more by this author