As complement to the March/April print feature, The Art of Presenting, we asked “How could dance presenters or curators better contribute to growing/enriching the Canadian dance milieu?” and were fascinated by how many artists and presenters somehow couldn’t find time to answer. We are all overworked it seems. But here’s what an articulate and brave few had to say: 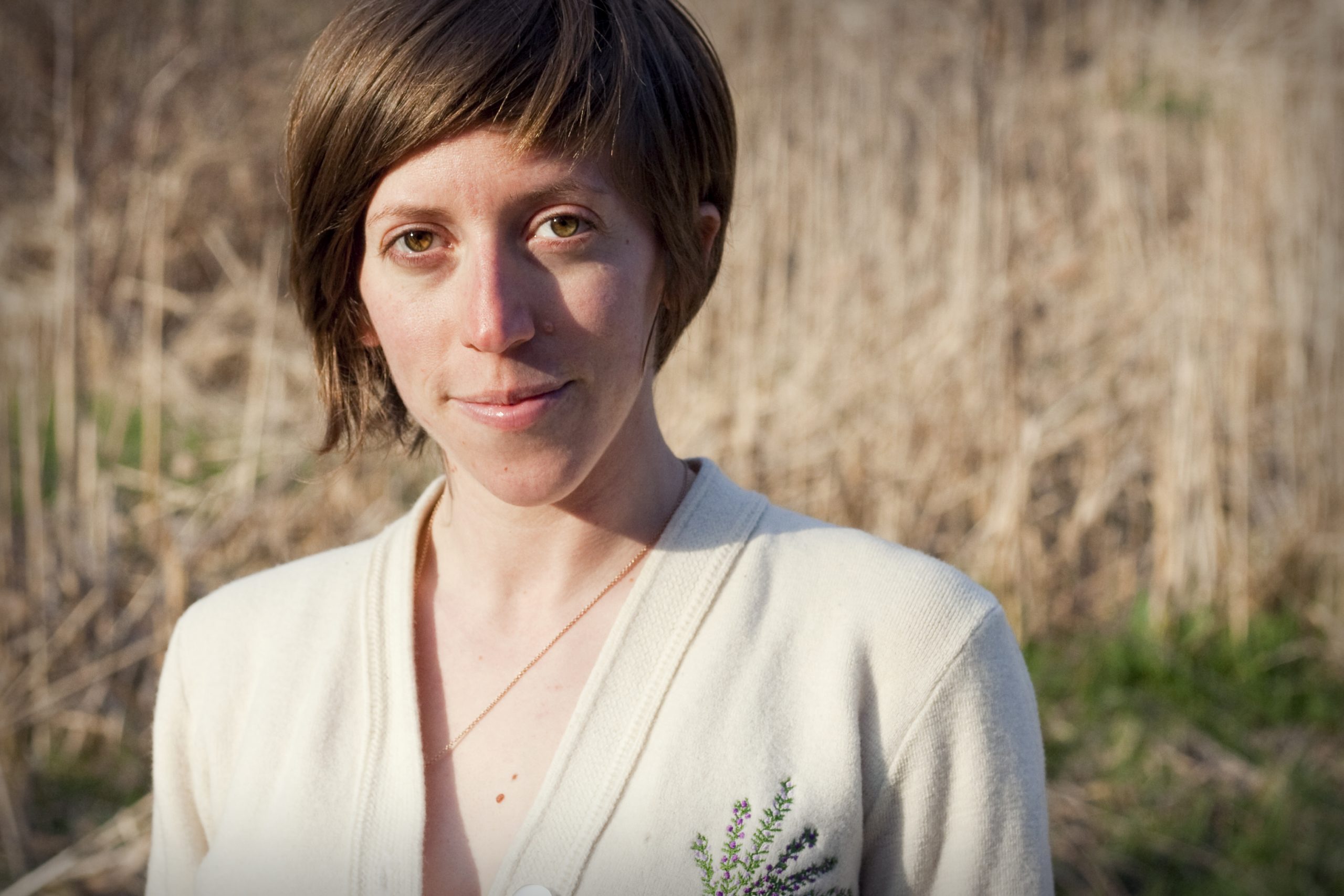 Curators can assist in enriching Canadian dance by increasing the amount of work presented outside of conventional theatre spaces. By curating site-specific work and work that directly addresses the bodies of the audience as well as the ones onstage, it opens up a dialogue with architecture, with movement and with performance expectations.
~ Cara Spooner, Toronto-based interdisciplinary artist working in performance art, dance and theatre. 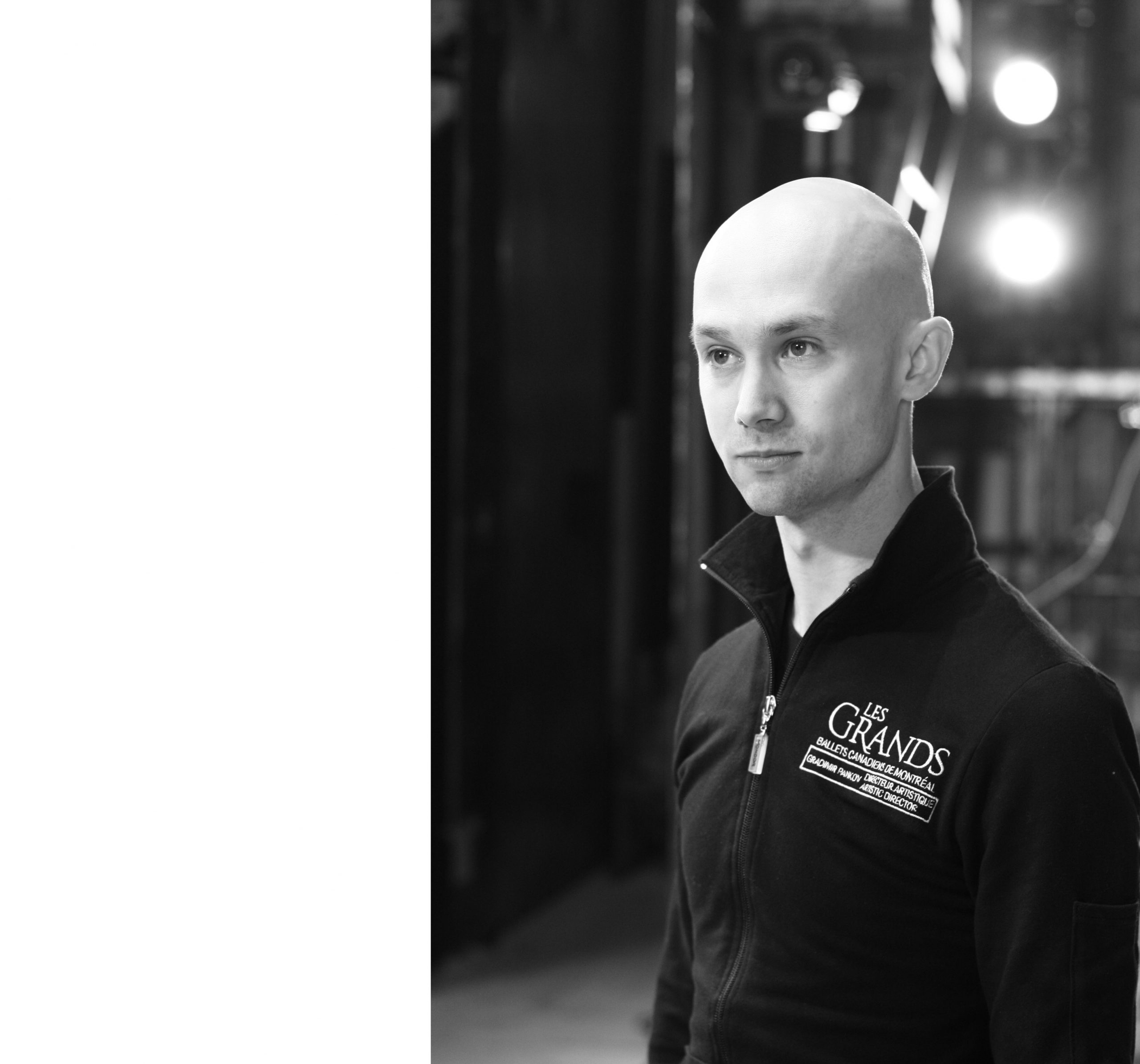 Canadian dance presenters need more money to offer our nation’s dancers and companies increased performance opportunities. As a presenter, Canada’s Royal Winnipeg Ballet has invested in Q DANCE with both in-kind services and presenter’s fees; this maximizes grant funding toward creation rather than operational expenses. We need to work together to not only create new work, but to ensure visibility.
~ Peter Quanz, Winnipeg-based choreographer and artistic director of Q DANCE.
Watch for Quanz’s restaging of his Rodin/Claudel for Les Grands Ballets Canadiens de Montréal touring Winnipeg, Montréal and Ottawa in March. He’ll then delve into the research and development phase of a new duet with Toronto’s Lucy Rupert. This work will mark Quanz’s return to dancing after more than a decade. 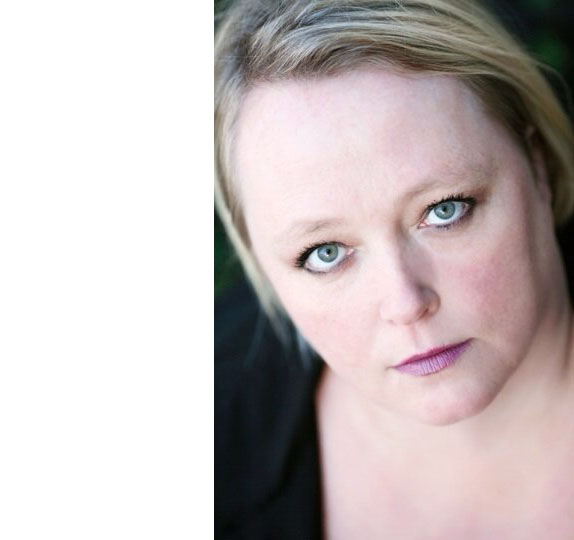 I think the role of presenter has changed drastically. We are no longer buyers and sellers of product. At Harbourfront Centre we are at the front end of the conversation, all the way through and at the end of the process as well, often involved in early conceptual conversations about the work and assisting in producing and dramaturgy. We often commission or co-commission or work in association with the company to give them support (not just cash) such as marketing, media relations and producing experience. We’re also part of the discussion around the dissemination of the work.
How we [as a group] can contribute to growing/enriching the Canadian dance milieu is to build the capacities of dance artists/companies so they can better learn and understand the milieu and make work that is urgent, relevant and considers a public(s).
~ Tina Rasmussen, artistic director of the World Stage Festival in Toronto.
The Festival continues through May presenting the world premiere Eunoia from Fujiwara Dance Inventions, and more. 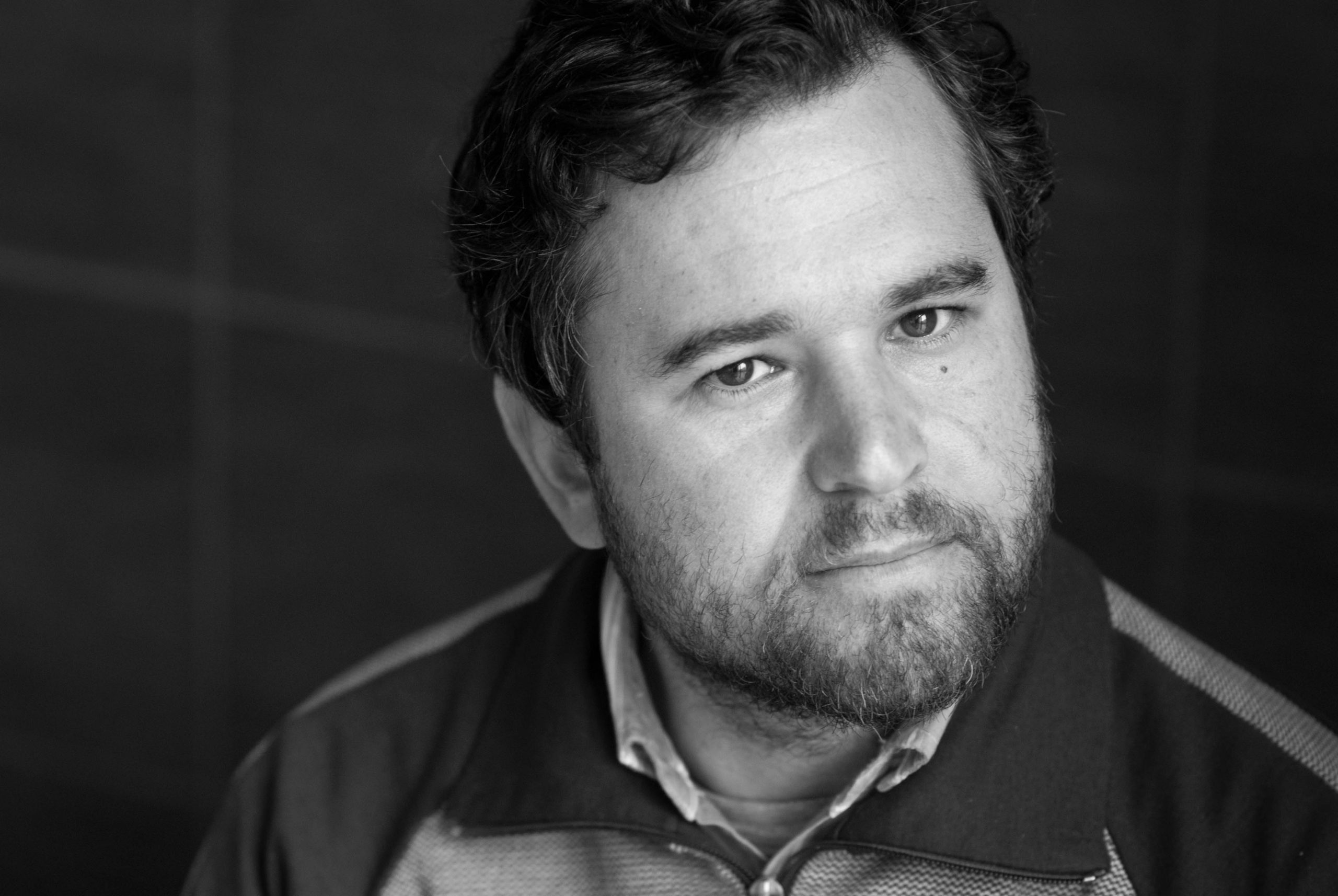 I’m interested in the word ‘risk’ and what it might mean in relation to art. How can presenters or curators support and encourage artists to take greater, more productive, risks? How to build an audience willing to experiment, an audience that doesn’t necessarily want to be satisfied? For me, a simple desire and focus on these questions cannot help but produce results.
~ Jacob Wren, writer and cross-disciplinary artist, based in Montréal.
Book Thug will publish Wren’s latest book Polyamorous Love Song in April. The Montréal launch is on April 11 at Drawn and Quarterly and in Toronto it launches on April 15 at Supermarket. 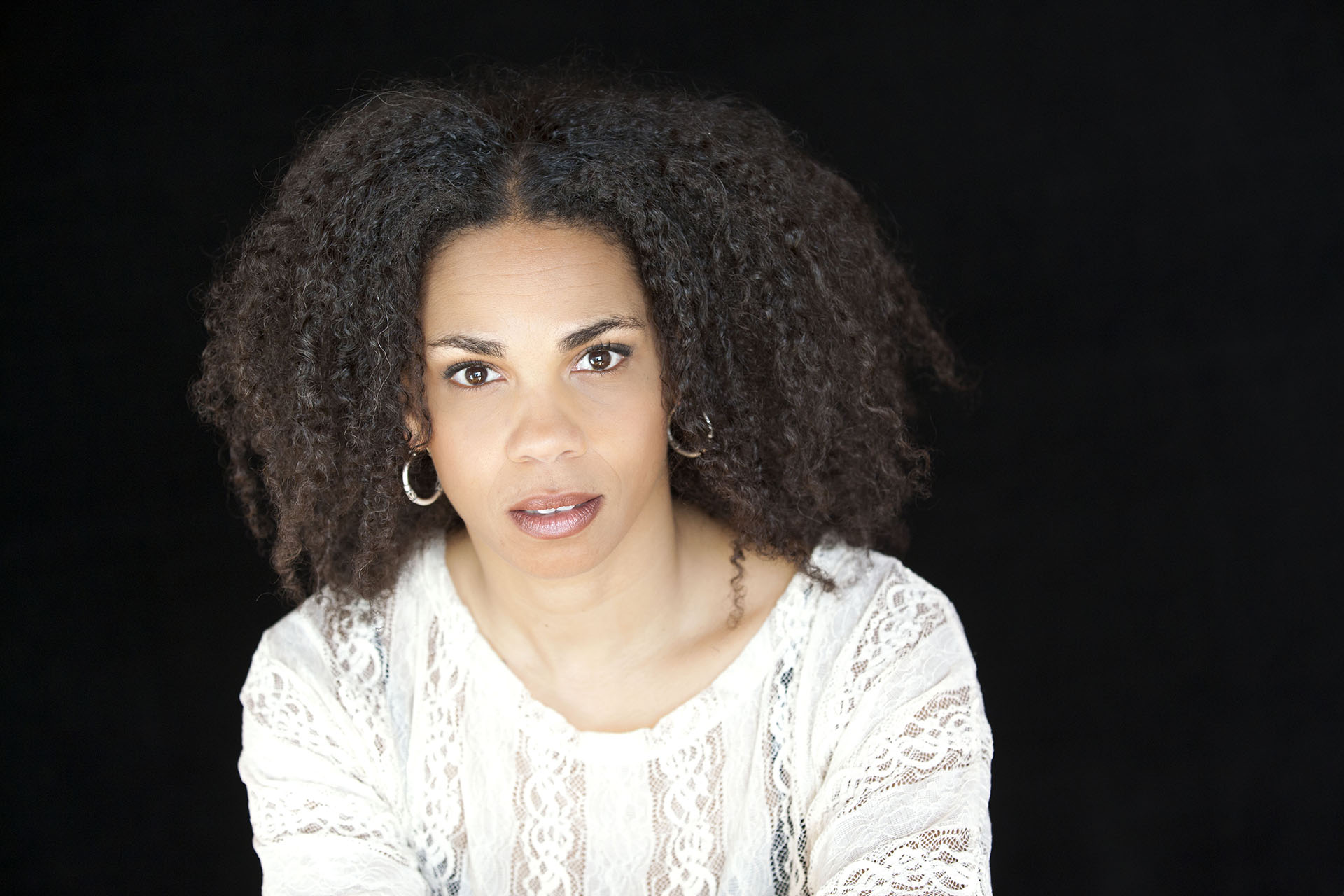 In one of its many definitions, to present means to introduce someone to society with a formal ceremony. To curate comes from medieval Latin curatus, ‘to care,’ and from Old French, curateur, from curare, ‘to cure.’
Some presenters/curators who I respect for their sincerity and integrity seem to obey a certain set of rules. I tried to come up with a draft of this secret list of rules/behaviours/advices/reminders that good presenters/curators are following:
1. Don’t forget that without artists, presenters are out of a job.
2. Be honest. A well-articulated ‘no’ is always better than a weak ‘perhaps-one-day-we’ll-see-let-me-call-you-back.’
3. Don’t underestimate audiences. (And if you think an audience is not ready for a work … then prepare the audience for it.)
4. Don’t act as if you own theatres, festivals, events — or people, for that matter.
5. Remember that an artist is not discovered. (Like we all know America was never discovered.)
6. Don’t confuse exposure with salary. Artists can’t grocery shop with exposure.
7. Engage with artists in all their complexities. Do not boil them down to their successes or failures. Artists are much more than their latest project.
8. Do something creative (write a poem, sing a song or assemble jewellery, whatever). It will help remember how it hurts to create.
9. Be committed, engaging, interesting, curious, witty, sensible, available, mentally and physically fit for the job, with a sense of sacred and a sense of humour.
10. Do show that you care (for the artist). This way you might even cure (the audience). Or the opposite!
~ Mélanie Demers, choreographer, performer and artistic director of Montréal’s MAYDAY Danse.
Demers and MAYDAY Danse present MAYDAY Remix at Usine C in Montréal from March 12 – 14, Junkyard/Paradis April 9 at the Centre Segal in Montréal and Goodbye plays April 18 and 19 at the Timms Centre in Edmonton. 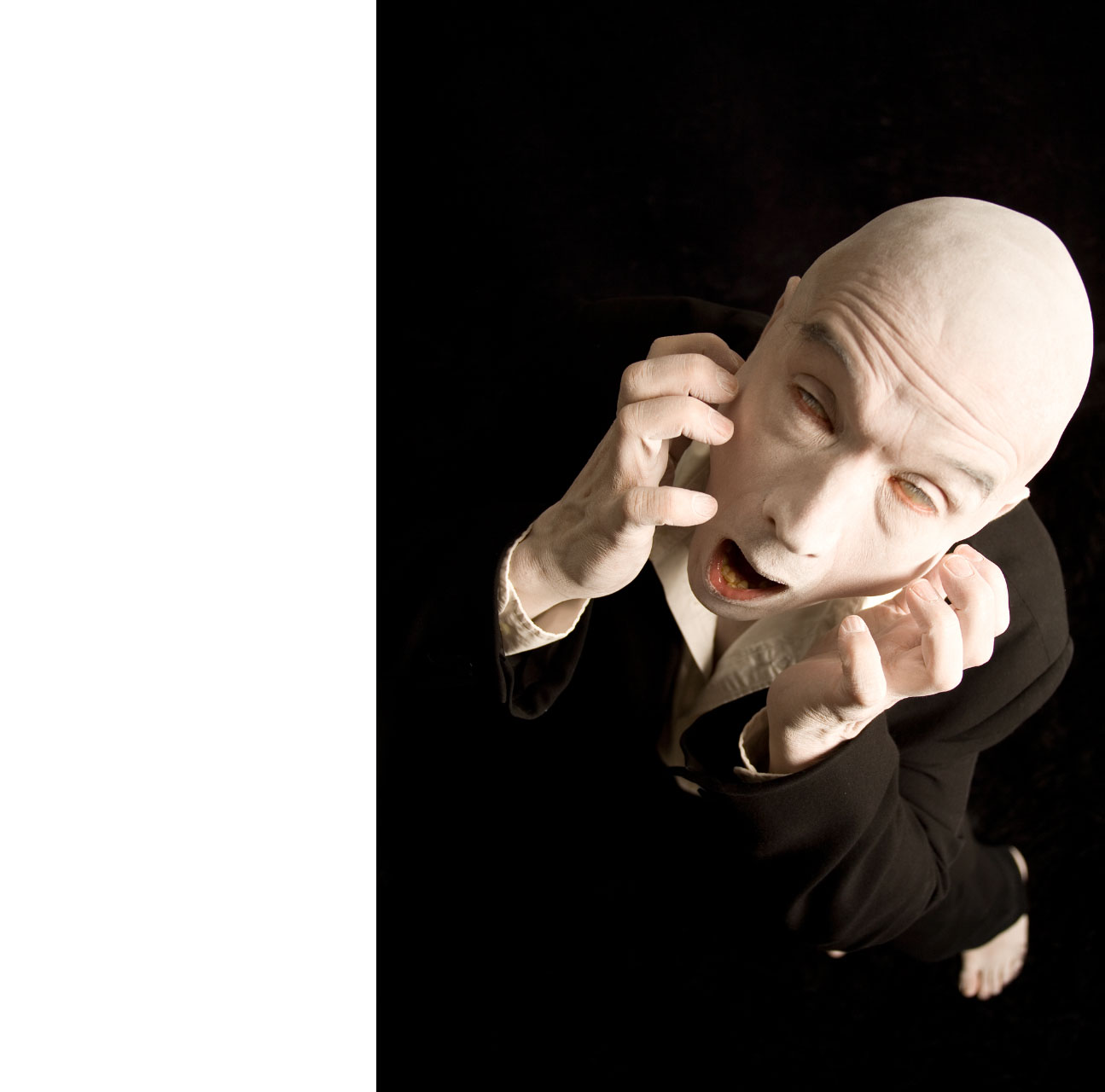 Dance presenters or curators could contribute to growing/enriching the Canadian dance milieu by acting like shepherds instead of acting like sheep. Too many presenters just jump on bandwagons instead of seriously searching out and supporting unsung talent.
~ Jay Hirabayashi, co-founder of Kokoro Dance and executive director of the Vancouver International Dance Festival.
VIDF runs March 7 – 29 at various venues in and around Vancouver. 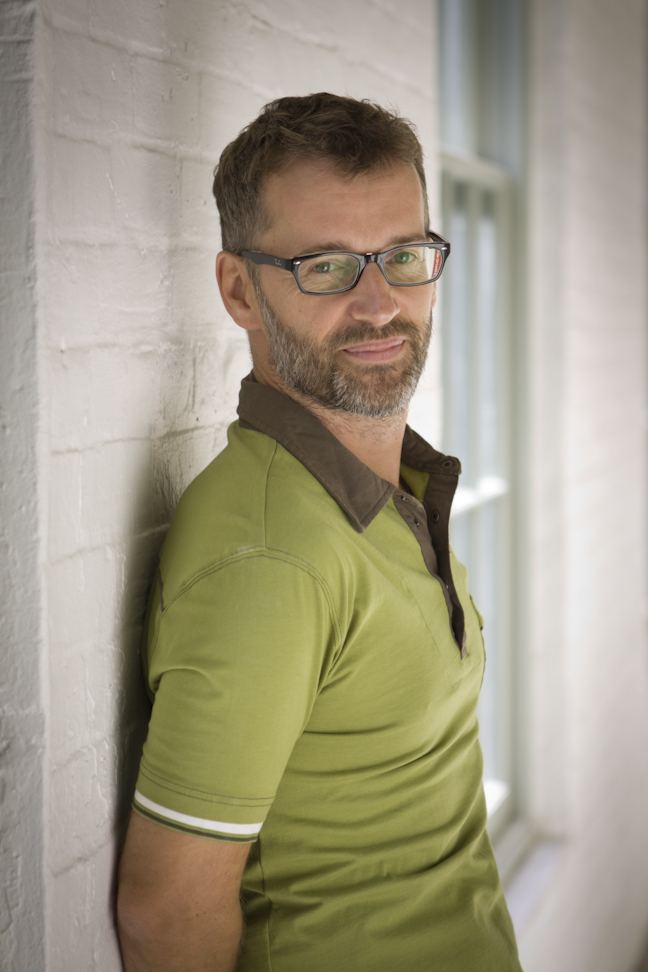 I think that the specificity and declarative openness of a curator inside a company context — to stakeholders, audiences, funders — is a clarion call for presenter/curators to also take the risk of pronouncing their value sets and choice-making rubrics. No more hiding. Declare your biases! Sing your values! Stand up and be counted as risk-takers who need to present work because the world can’t live without it.
~ Michael Trent, choreographer and artistic director of Toronto’s Dancemakers.
The venerable company is launching a new model for creation and production that includes a new role of curator. Dancemakers’ fortieth anniversary show Around takes place in Toronto from March 26 through April 6. 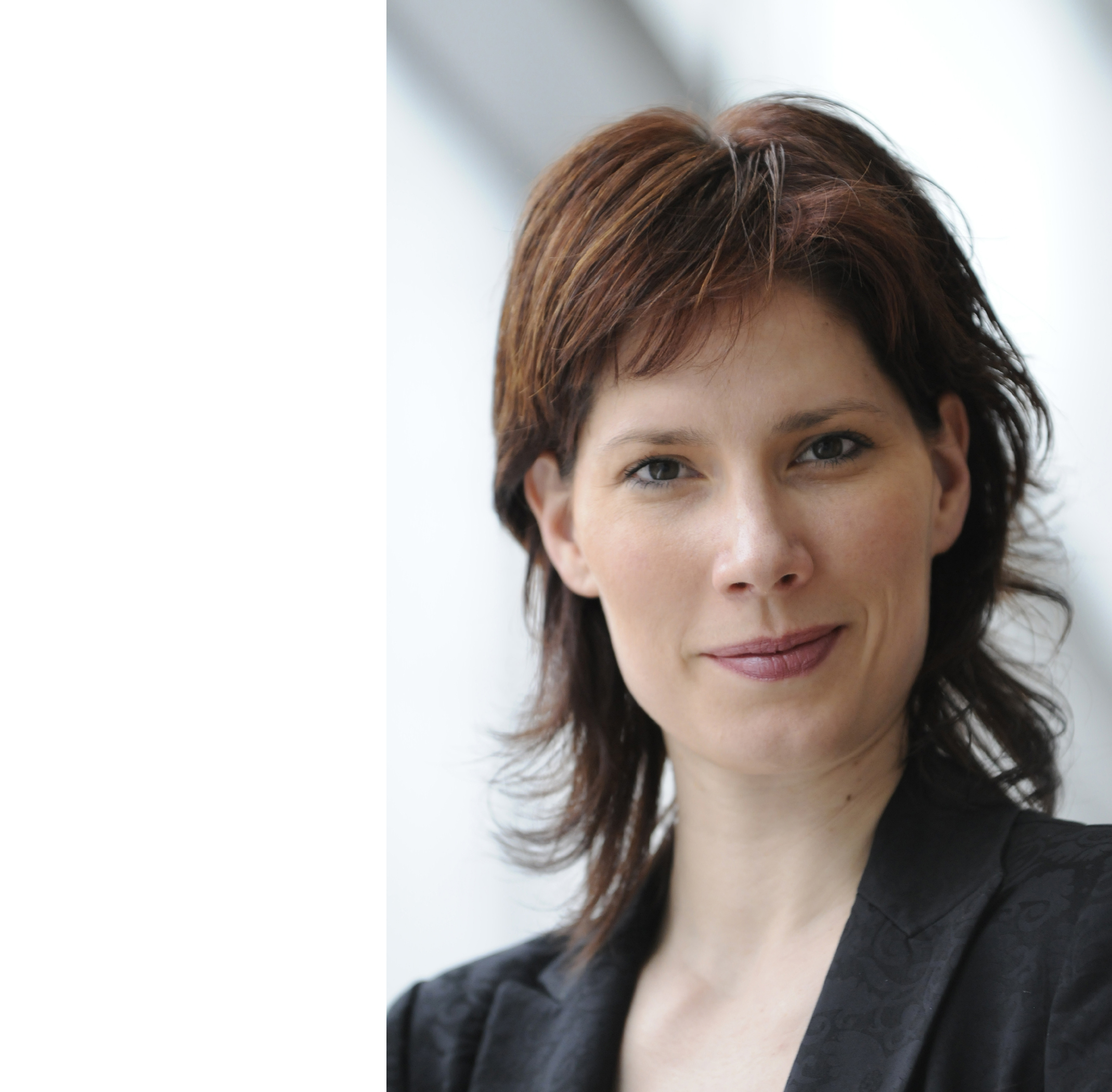 Canadian dance presenters can play a significant role in enhancing and enriching the dance milieu in our country by continuing to support and innovate new programs and partnerships and by helping to build audiences for dance through various outreach and educational programs that connect guest artists and companies to the greater community.
~ Emily Molnar, artistic director, Ballet BC.
Ballet BC premieres three new contemporary works in Vancouver from April 24 through 26 in the program UN/A.

I believe that a healthy presenting ecology is one where there is support for work at all levels and aesthetics.  One of the facts of this business is that in order to grow as artists, choreographers need to have their work onstage. Dance transforms between the studio and the stage and that learning process has to be lived by a choreographer, it can’t be taught in a classroom. I also strongly believe there’s a difference between presenters and curators and I’ve not fully answered this question from a curator’s perspective.
~ Yvonne Ng, performer, choreographer, artistic director of princess productions, parent organization of the dance: made in canada Festival.
Watch for new works by Ng for Luke Garwood, Linnea Wong and Mairéad Filgate in SoloDuet: Metamorphosis of a Solitary Female Phoenix & Magnetic Fields in Toronto from May 6 – 10. 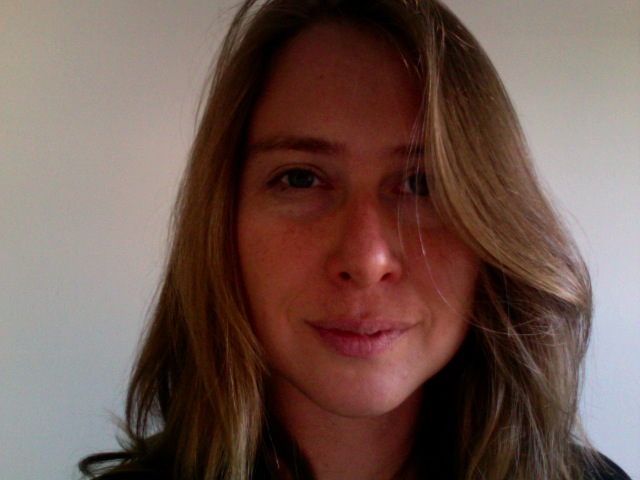 The best way to support any art form, especially performance, is to invest in the creation process. Time and attention is the path to excellence.
~ Cathy Gordon, Toronto-based multidisciplinary artist and programmer.
Gordon will present the participatory performance Are we talking about the same thing? with Ame Henderson and Heidi Strauss at the Arts Curators Association of Quebec’s Envisioning the Practice symposium on April 13 in Montréal. 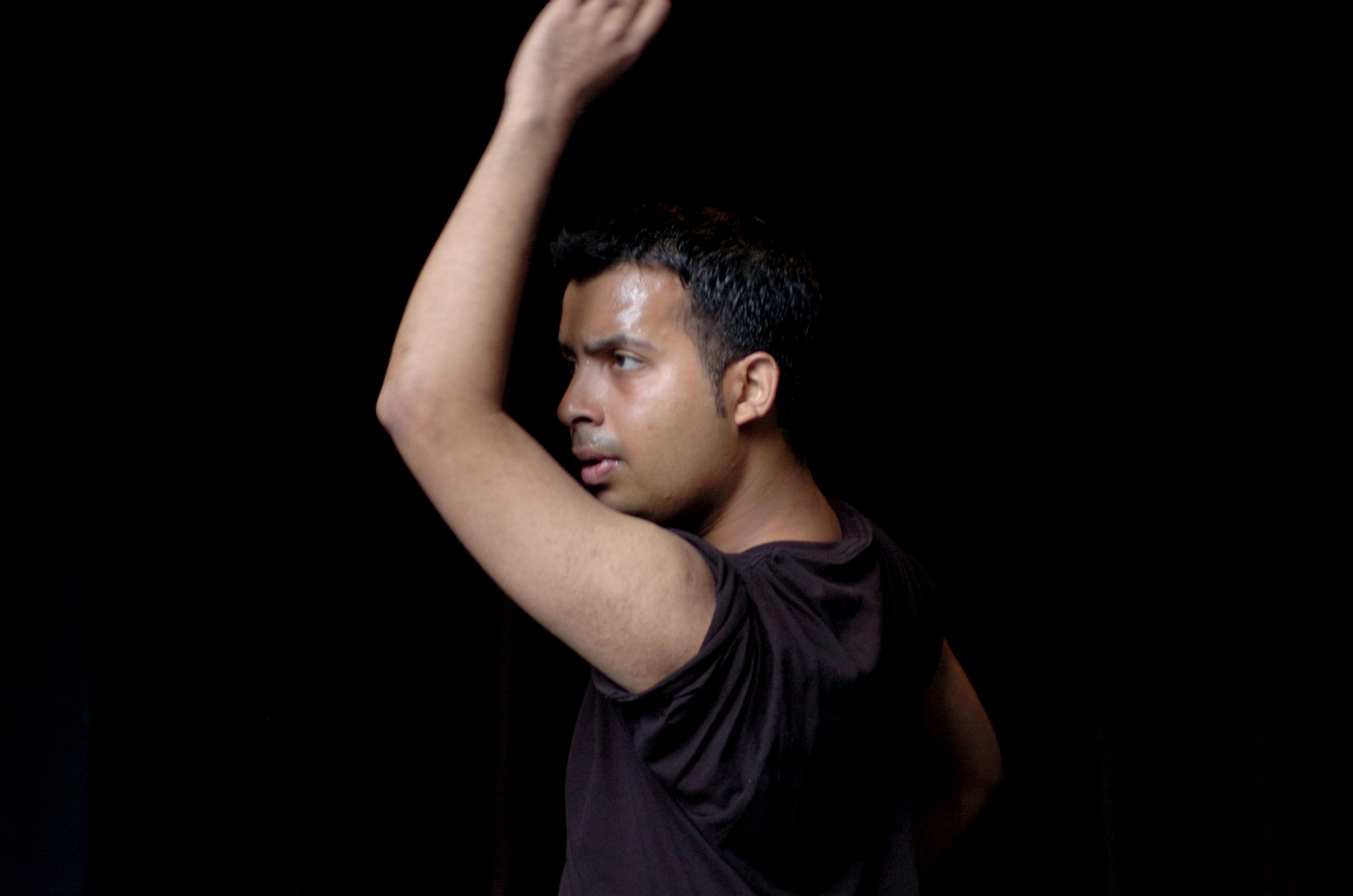 Presenters and curators should constantly have an open, progressive mind and always keep abreast of new evolving definitions of what constitutes contemporary dance, contributing to a diverse dance milieu. If Canada positions itself as a prime representative of a globalized world, then dance should certainly be reflective of this world. As a dance artist who constantly oscillates between a diverse array of aesthetics and sensibilities, and is constantly redefining the parameters of contemporary dance, I am always interested in presenters who are open to personal plays on modernity, tradition, classicism and transcultural identity — themes that spring from my own experiences both as a classical and a contemporary thinker/dance artist.
I feel Canadian presenters/curators should be focusing on the larger global vision of an artist: uncompromising technique, professionalism, integrity and meticulous production details; and [also focus on] making dance accessible to diverse, young and old, global audiences. Limited Eurocentric definitions of what contemporary dance is, tokenistic views of cultural diversity and compartmentalizing an artist into a clichéd box are outdated and frightening!
Canadian presenters/curators should contribute as leaders in a re-envisioning of an evolving contemporaneity given the current state of Canadian massive transmigration and constant shifts of socio-political-economic-cultural boundaries. Canadian presenters, especially the ones in major positions of power, should be supporting all kinds of Canadian dance artists and not limit their curatorial vision to the ‘usual suspects,’ thereby perpetuating a monolithic view of the world and the country. I love presenters who consistently foster collaborations between artists around the country as well as Canadian/international collaborations and not invest in the artist as a one-off venture.
~ Hari Krishnan, Bessie (New York) and Dora (Toronto) Award nominated dancer, choreographer and artistic director of Toronto-based company inDANCE and a professor of dance in the department of dance at Wesleyan University in Connecticut.
inDANCE’s home season will showcase a remount of the critically acclaimed QUICKSAND and the premiere of SKIN at Buddies in Bad Times Theatre from May 21 – 24 in Toronto. 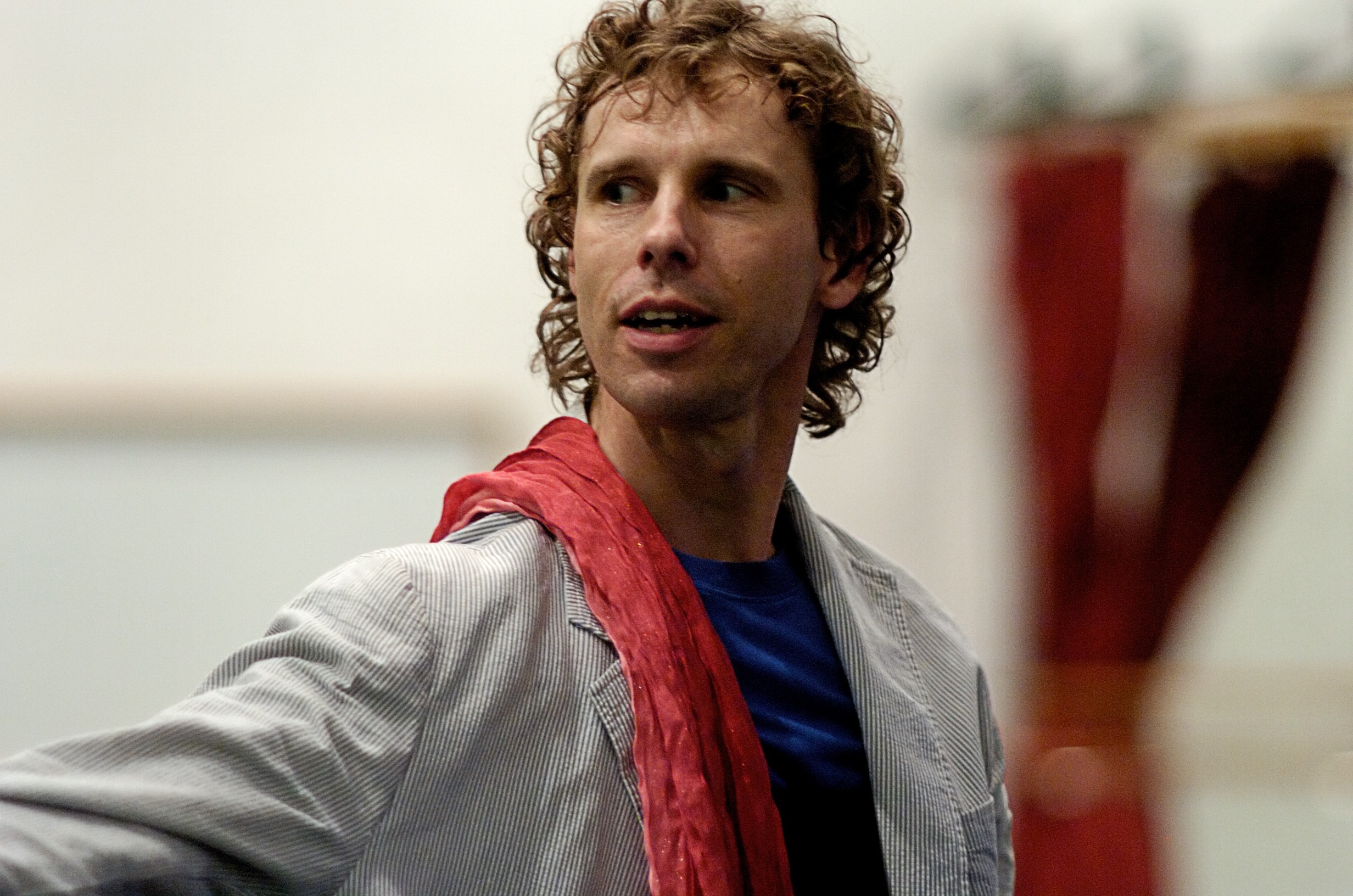 This is a challenging question. On the one hand it would be easy to pinpoint a number of things presenters could and should do to increase community engagement and invest more resources into raising the profile of dance. On the other hand, human and financial resources limit what is actually possible and cause us to consider the actual impact of many of the initiatives currently in vogue and their limits in growing the Canadian dance milieu. This does not mean that community engagement strategies are ineffective, but one has to ask just how far they can advance the presenter’s main objective: getting a paying audience to respond to dance as a vibrant cultural experience and a financially reasonable undertaking.
The most important contribution presenters of dance can make to growing and enriching the Canadian dance milieu is to ensure that their dance programming is truly engaging — that their show makes their audience excited, moved and inspired or, simply put, pleased they took time out of their busy lives to attend a dance performance. What we have learned from working with those who successfully present dance is that it is a long-term investment and a constant balancing act.
1.     Presenters have to be willing to take risks and not underestimate the community’s receptiveness to dance;
2.     Community partners can serve to mitigate this risk through sponsorship of community-based activities and other tangible and intangible support; and
3.     Presenters should share the good news — let their community know that the performance, education and community activities were successful and publish positive feedback, all of which builds anticipation for the next show.
~ Bengt Jörgen and the Ballet Jörgen Canada team.
Ballet Jörgen tours Romeo and Juliet in Ontario and Nova Scotia throughout March and April. 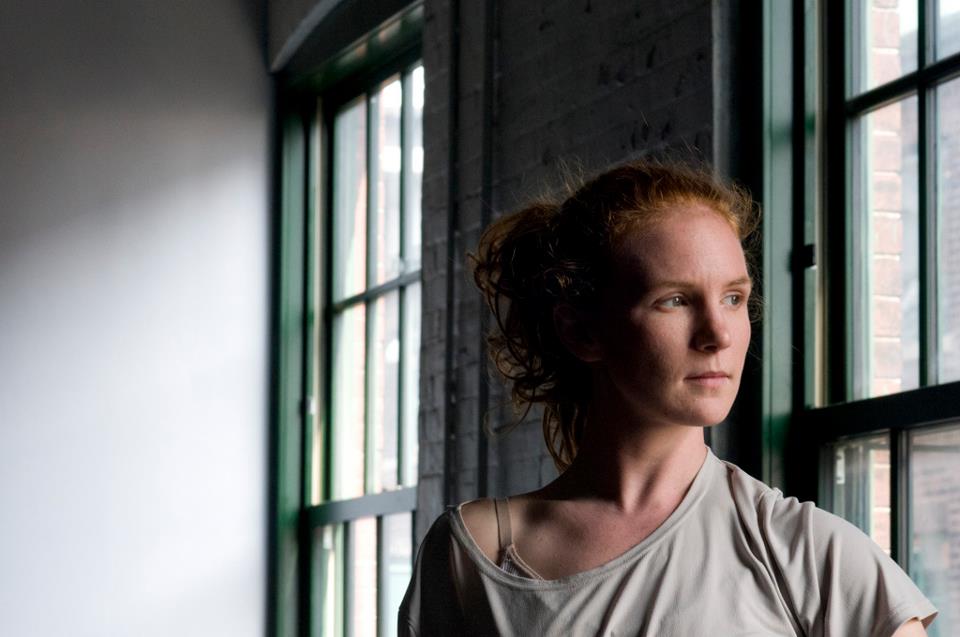 I think one of the most major benefits that presenters, curators, and many other bodies supporting dance could offer would be to minimize the administrative burden of application processes.  I am often forced to skip application processes for various opportunities — for presentation, residency, funding, etc — and I feel aware that a shifting of the way applications work on a broad level would allow artists to re-dedicate our time to bettering the work itself.
~ Amelia Ehrhardt is an emerging contemporary dance artist based in Toronto.
Ehrhardt is curating and organizing a small multidisciplinary performance series called Flowchart, taking place March 20 and April 10 at Intergalactic Arts Collective.

See also What does “risk” mean to me? by National Arts Centre producer Cathy Levy.