Arts Day participants shared a common goal and strategic message, carefully crafted by the Coalition and focused on consensus issues within the sector that are reasonably aligned with Government interests and priorities. This year’s message focused on two key policy priorities, the first of which was to ensure critical program renewals at the Department of Canadian Heritage. A suite of programs re-packaged by the Conservative government in 2009 is set to expire in 2015. These programs are currently under review by the Department and include the Canada Arts Presentation Fund, the Canada Arts Training Fund, the Canada Cultural Investment Fund and the Canada Cultural Spaces Fund. A total of $80 million is up for renewal.

The second priority is one that has been championed by the Coalition since its inception in 2005: continued and increased support for the Canada Council for the Arts. Given the Government’s careful management of economic recovery at this time, our message was framed around sustained support with consideration for increased investment as the Canadian economy continues to recover. Last year the Coalition’s Arts Day helped to protect the Canada Council from potential cuts, in a context of spending reductions across all departments as part of the Government’s Deficit Reduction Action Plan. 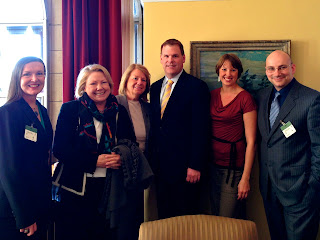 A record number of 115 meetings were scheduled this year with MPs, Ministers, Senators and senior officials from all parties. Key meetings included Foreign Affairs Minister John Baird, Labour Minister Lisa Raitt, Parliamentary Secretary to the Minister of Heritage Paul Calandra, Official Opposition Leader Thomas Mulcair, Liberal Leader Bob Rae, and senior officials at the Department of Finance. Heritage Minister James Moore was unable to meet with us this year, as he was at home in his riding. Moore has been an important champion of the Coalition and our work, mentioning us recently on the CBC’s George Stroumboulopoulos show as effectively advocating for sustained investment in the Canada Council for the Arts. Moore tweeted supportively during #artsday and commended the Coalition for our friendly and productive approach. Watch his impromptu speech from the 2011 Arts Day reception here.

Arts Day participants were prepared with MP biographies, notes from past Coalition meetings with the MP, and profiles of arts activity in the MP’s riding. With the help of Government Relations firm Ensight Canada, attendees were also briefed on the politics and protocol of Arts Day. They were encouraged to frame key messages in the context of their own work, illustrating the impact of investment through personal stories and narratives that connect to the MP’s local constituency. For some MPs this is an important educational piece and for others a chance to express pride for the artistic activity taking place in their home communities. 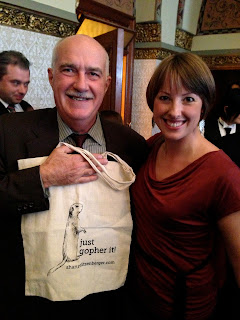 Arts Day closed with a lively reception hosted by Deputy Speaker Joe Comartin. The room was beyond full and many MPs who were unable to meet with us during the day made brief appearances. Canadian actor and Queen’s University Political Science grad Graham Abbey of The Border offered a few compelling words on the importance of government investment in the arts, following an equally supportive and impassioned speech from Deputy Speaker Comartin.

The strategic approach to advocacy employed by the Canadian Arts Coalition has paid dividends over the years, as we are now recognized as a credible and respected representative of the arts sector across all parties, able to offer sound policy advice to government and elected officials. Following Arts Day, the Coalition received an invitation to lend our “expert point of view” with the Standing Committee on Finance during their upcoming cross-country pre-budget hearings. I appeared in front of the Committee in Ottawa on November 20th on behalf of the Coalition.

Coming up in the March/April issue The Dance Current in Part One of a three-part series, Shannon Litzenberger reflects on her work as an Innovation Fellow in Arts Policy at the Metcalf Foundation, including a report on the recent Creative Partnerships symposium hosted in collaboration with Business for the Arts, the Canada Council for the Arts, the ASO Learning Network and the Manulife Centre in Toronto. At this day long symposium, Litzenberger presented key arts sector trends and issues, contextualizing opportunities for collaboration between arts and business. Her work set the stage for a host of guest speakers from across Canada, the US, and Australia who highlighted new innovative private-sector partnership development models. Her upcoming series will reflect on contemporary issues in the national dance landscape, and offer up some perspectives on how to build capacity for the next generation of dance and arts development in Canada. 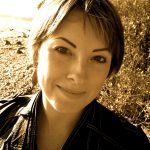 By Shannon Litzenberger
Read more by this author