The word ori is a Yoruba word meaning head and representing one’s life path, purpose, destiny and spiritual intuition. While Afro-Brazilian spiritual beliefs may seem miles away both physically and culturally from St. John’s, Newfoundland and Labrador, the recent production of Ori brought the two together.

The vibrant arts scene in St. John’s produces an abundance of music, dance, theatre and visual arts shows in the run of a year. Rare, however, is one that gives equal weight to all these disciplines in a single production. Rarer still is such a performance that is inspired by an intersection between cultures. For these reasons, Ori ventures further than most creative outputs in St. John’s.

The novelty of those elements merely scratches the surface of Ori, creative brainchild of dancer Corie Kean and Brazilian-born textile artist Bruno Vinhas. The work combines three distinct but interrelated elements: personal narrative, goddess mythology and dance. Like a three-legged stool, the strength of the performance depends on all three elements. Together, they make for a deeply evocative performance art piece composed of movement, text, textiles and music.

It is difficult for one performer to hold an audience’s attention for a full hour. But Kean’s captivating stage presence, along with the lushness of Vinhas’ textiles, does just that. At its core, Ori is the story of Corie Kean. Over the course of the performance, she delves into her life, exposing her fears, challenges, triumphs and formative moments. She evokes humour and pathos through her personal vulnerabilities that all of us can relate to at our deepest, most basic levels. She tells her story through dance, spoken word and manipulation of props and set pieces. Her rawness onstage compels the audience to come along for the ride, if only to see how Kean’s story has unfolded so far.

Most unique to this production is the melding of personal narrative with the cultural-religious goddess imagery of the Brazilian Candomblé religious tradition. While Kean has a strong dance lineage in Latin street dance styles, she came to this collaboration with Vinhas as someone who has not lived the Candomblé or Brazilian culture. Early in their friendship, Vinhas was struck at how clearly Kean’s life story resonated with the elements of the Candomblé goddesses, and the two decided to embark upon an artistic process that addressed Kean’s own narrative, with care to allow their personal and cultural backgrounds to complement one another’s experiences.

Both artists acknowledge the intensity of the creation process and engaged a number of cultural consultants and outside eyes during the creation of Ori. In doing so, they ensured that their process of understanding and respect is reflected in the performance. The result is a conceptual embodiment of Candomblé goddesses in costume, set and choreography, as four goddesses are (re)presented onstage, each embodying critical points in Kean’s life story. The importance of each goddess is easily grasped, even for those unfamiliar with Candomblé as a religious practice. And I’m sure it was even more deeply understood by those familiar with with the cultural practices.

Dance is the centre of Kean’s artistic practice, and movement plays an integral role in both her life story and the onstage production. Her range of dance vocabulary (jazz, Irish, salsa) from childhood through to today is on display as she recounts anecdotes from her training — using different dance styles to reflect different parts of her story and her emotional responses.

Kean’s music choices are similarly important. While much of the music is inspired by the goddesses she represents, other song choices relate to her religious upbringing, popular songs from her childhood and soundscapes representing water and wind. Kean noted to me that salsa, a dance style she came to later in life, was for her an initiation into the world of these goddesses. One of her first salsa teachers told her that in order to fully understand and authentically embody a dance form like salsa, you have to know about its roots. Kean was exposed to Toronto-based teachers and performers of Afro-Cuban dance traditions, which first triggered her love for the dance style. Ori brings that passion to fruition.

None of this would resonate so deeply without the stunning textiles of Bruno Vinhas, Kean’s collaborator on Ori. During their collaborative process, it was clear to Vinhas that Kean’s life story focused on belonging, finding a place to call home; Vinhas therefore chose to represent ori quite literally as a portrait that hung on the back of the set, overseeing the performance and Kean’s journey. Vinhas used a variety of fabric manipulation techniques in the stunning hand-stitched piece. The fabric and colour choices of the ori portrait, Kean’s costumes and the moveable set pieces and props were inspired both by African-Brazilian cultures and the natural elements found in Newfoundland — such as water and wind — clearly a visual manifestation of Vinhas and Kean’s cultural collaboration. The result was a rich, vibrant visual complement to the performance that concluded with an art installation that the audience was invited to walk through and view up close after the performance ended.

It took me three days after watching Ori before I could start to find words to describe it — three days before I could move past the visceral response I had to Ori and start to think about what I had seen, heard and experienced. On the surface, I have much in common with Kean: we are both Torontonian, lapsed Catholic, gen-X dancers who unintentionally found home in Newfoundland. These links provided many laughs and gave me an instant feeling of connection as an audience member. St. John’s being the big-small town that it is, the audience was filled with many who would know Kean as family, friends and colleagues in the local arts community. Many would have made connections to the personal elements of the narrative.

But to leave it at those connections would be to merely skim the surface of this layered and sensitive piece of work. At its heart, Ori is about love, loss and belonging, and troubles the concept of home. By tapping into how both her personal story and the stories of the Brazilian goddesses link to these universal themes, Ori took the audience further than we may have expected to go. Peals of laughter gave way to tears shed in silence as the audience waited to be nudged, like a wave on the shore, toward the next scene. The piece deftly drew us in with humour and whimsy, into darkness and back, tentatively and hopefully, into the light of possibility. 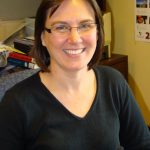 By Kristin Harris Walsh
Read more by this author