This article was originally published in the Winter 2022 print issue.

For the past 15 years, Asalia Arellano has been calling Tkaronto home, where she regularly teaches and performs traditional Aztec dance. She is passionate about learning about different cultures and sharing. This is reflected in her work – Arellano collaborates with artists the world over. Recently, she worked with Neetika Sharma from India in Reeti with Theatre Oculus, juxtaposing traditional kathak and Aztec dance, discovering their similarities. Arellano has a similar upcoming project working with dancers from Australia, Africa and South America.

“It’s amazing to see the movements that are very similar, that connect us really. To me, movement and dance is like talking or communicating with nature. To me, it’s like talking to the air and feeling the vibrations,” she says. “I feel connected, being centred and grounded. It’s like I feel the earth and I feel myself at the same time. This is a beautiful feeling that I really would like to share with everyone.”

Born in Mexico City, Arellano spent much of her early childhood living with her grandparents in Santo Domingo Tianguistengo, Oaxaca, on Indigenous territory while her mom worked in the city to provide for Arellano. It was there where Arellano grew up surrounded by traditional dance and ceremony, and she credits her grandparents for her formative experiences in life.

“I was so lucky to learn from them, about traditions, about culture, even dance. I remember my grandpa teaching me how to dance in the middle of the rain, grateful because the rain is here and we will have so much food now,” she says.

Later in her childhood, Arellano moved back with her mom where they lived in different small towns. Arellano describes her mother regularly taking her to local cultural centres where she could learn traditional visual and performing arts in each town. It wasn’t until she returned to Mexico City when she was studying contemporary dance and musical theatre that she became aware of how limited her understanding of her own heritage actually was. When she was asked about her background, she realized she didn’t know that much about her history and culture, traditional languages or dance.

It’s amazing to see the movements that are very similar, that connect us really. To me, movement and dance is like talking or communicating with nature. To me, it’s like talking to the air and feeling the vibrations.

Arellano began asking her grandparents questions about their ancestral customs, hungry for knowledge about her roots. When she learned they had lost much of their language to colonialism, Arellano took it upon herself to learn as much as she could. In retaining and revitalizing what had been lost in the generations before her, Arellano found a greater purpose in her life.

The roots of traditional Aztec dance are not exclusively about art and storytelling. Arellano explains that it was also part of spiritual practices and was important to the training of warriors. With colonial prohibition of dances and drumming, their rhythms and styles have changed as people found inventive ways to keep tradition alive as safely as possible.

“They made a new instrument, like a guitar. They use the conch. They call it concha, actually. It’s a special guitar,” she says. Arellano describes one such way her ancestors subverted Spanish rule and their imposed ban on drums and drumming: “They integrated their [own] dances with the concha, and that’s how they keep their rhythms.”

Playing traditional rhythms on the concha allowed people to bring their cultures into the churches and Catholic celebrations, which was important because Arellano says it wasn’t until the 1990s when her Elders started feeling safe enough to bring back the drums.

In learning about these stories, dancing in the rain with her grandfather began to make more sense for Arellano as something greater than sentimental childhood memories. For Arellano, it became part of the rich history of her ancestors. Dance is a means to celebrate the land, a way to show gratitude for a bountiful harvest, to help sustain traditions that connect her to generations before and to the future ancestors that she now has a hand in teaching.

Throughout our conversation, Arellano’s insatiable desire for learning about different people and nature was almost palpable despite the computer screens between us. It was this curiosity that brought her to Tkaronto so many years ago. After resisting learning English in grade school, she felt that it was finally time for her to learn. The inhospitable nature of the United States for Mexicans, and everyone south of that border, left Canada as the logical choice. It was not easy at first, but eventually Arellano found her rhythm, and the green spaces and nature peppered around the city were a welcome change of pace from Mexico City. 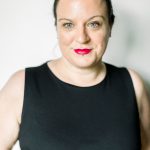