This article was originally published in our Winter 2022 print issue.

Deeply spiritual, a way of life and an extension of one’s spirit are just some of the ways Indigenous dance can be described. Its transcendental nature has been honoured and respected by Indigenous Peoples for millennia. In Canada, Indigenous dance is constantly metamorphosing as the world around it changes and as both internal and external factors affect Indigenous communities.

Dance has been a big part of processing everything. In one of our ceremonies, we do a dance called Hamsamala, where these huge cedar-carved, bird-shaped masks are worn. The feeling you get when seeing everyone come out in this beautiful cedar regalia never leaves you. You are literally witnessing the masks, that whole world, come to life.

There is a long, rich and diverse history of Indigenous dance in Canada. Varying from region to region and community to community, there is a plethora of distinct traditions across Turtle Island. Each of these traditions serve many differing yet wholly connected purposes. There are powwow dances, originating from the Plains First Nations; rabbit dances, originating from the Lakota people; Haudenosaunee smoke dances; and many more traditions originating from a multitude of different Indigenous communities across the world. Within powwows alone, there are a variety of dance styles including men’s and women’s traditional dances, men’s and women’s fancy dances, men’s grass dance and women’s jingle dress dance.

These traditions all serve different purposes. For some, the intention may be performative, while for others the intention may be more social, promoting connection between members of the community. Regardless of the form, many of these dances teach important spiritual values and help foster interpersonal and intrapersonal connections.

I’ve had multiple friends taken in the ’60s Scoop. I had always heard about it and remember hearing about it at the age of eight or nine. We didn’t call it that back then; we would usually say they were stolen for adoption. It has been extremely difficult to watch them struggle through an identity crisis. They have two different identities and don’t know which one to live. It is important to let them speak their truth and never judge them for it. They need to feel included in their culture and know it is not their fault.

Although Indigenous dance and dance-centred practices are meant to be respected and honoured, they have historically been denigrated and subjugated due to systemic racism and cultural genocide. Indigenous dance and dance-centred ceremonies were banned by law in Canada from the 1850s until 1951. In 1884, an important northwestern tradition called the potlatch ceremony was banned. The yearly Plains Indigenous tradition called the Sun Dance ceremony was later banned in 1885. By 1925, Indigenous dance was banned completely, with the bans on these traditions not fully repealed until 1951. In addition to prohibiting dance and gathering where dancing might occur, other forms of state-sanctioned abuse contributed significantly to the loss of cultural heritage, language and identity.

I love Indigenous dance. When you’re therewith everyone, it’s like you can feel a whole circle of life. There is so much connection and it is a powerful healing form for youth. There weren’t many of us dancing growing up, but now I see more and more and I have so much respect for them. There is a role model aspect to it all. I always encourage youth to learn even if they have no clue and are just trying. I think that’s awesome because eventually you just feel it all and it’s amazing.

Beginning in the late 1950s through the 1980s, Indigenous children were taken from their families and adopted into non-Indigenous, most often white, middle-class homes. Children, some under a year old, were sent far away from their families to other provinces, the United States and parts of Europe. These acts of forced removal, affecting more than 20,000 Indigenous children, became known as the ’60s Scoop. Contrary to what the name suggests, the ’60s Scoop did not end in the 1960s or in the 1980s. Instead, it was re-established as the current Canadian foster care system in which Indigenous youth and children make up 52 per cent of the 28,665 children currently in foster care, surpassing the number of Indigenous children taken at the height of residential schools. The ’60s Scoop was extremely devastating to families, communities and to the children themselves. Cumulative trauma brought on by the loss of language, culture, heritage, identity, family and history continues to be felt not only by the individuals impacted directly but also their parents, grandparents, children, siblings and friends.

Most of my family has gone to residential schools. I pay homage to my mom when I connect with dance. She has spearheaded the importance of culture and knowing who we are. These are simple but important teachings. I am still exploring what these narratives mean to me, specifically, especially being impacted by so much violence.

Through this intergenerational trauma, Indigenous identity was devalued and diminished. Important practices like dance were inaccessible to children growing up without community. The intergenerational loss of dance-centred practices is an issue that Indigenous communities have been navigating for centuries and continue to navigate today. Indigenous dance can be communal and function as an expression of belonging and support within community. It can also be a private practice, cultivating intrapersonal connection and loving support for oneself as one moves through life. These are a few reasons that dancing is extremely beneficial for healing and for supporting mental and spiritual wellness.

Despite the myriad of injustices Indigenous Peoples face, dance continues to be celebrated, taught and reimagined in Indigenous communities. As a practice that bridges past and present, dance nurtures new adaptations and connections. Indigenous dance is so much more than just movement. Dance is history, tradition, spirituality, culture and community. 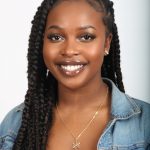 By Indigo Dowdie
Read more by this author