For two decades, The National Ballet of Canada has been enchanting audiences with James Kudelka’s feel-good Christmas classic, The Nutcracker. But on opening night, the show was filled with a flurry of surprises, not just for the children who occupied a large number of seats at the Four Seasons Centre, but for the performers, who proved they can handle just about anything with grace.

The Nutcracker, a children’s tale that takes audiences on a journey to magical lands with siblings Marie and Misha, opens with a party. But in Kudelka’s production, created for the company in 1995, the party’s no stodgy get-together: it’s a fun-filled spectacle set in a nineteenth-century Russian barn with bizarre creatures like a rat whizzing across the floor, bears romping on roller blades and red pointe shoes, and a well-turned-out horse stomping in syncopated rhythm.

Marie and Misha’s wide-eyed sense of wonder at the night’s marvels is the show’s beating heart — and possibly why The Nutcracker is so beloved. Opening night’s young leads Clara Corbo and Gabriel Buell certainly dance their roles with enthusiasm. Whether they’re bickering or frolicking with their nursemaid Baba (played by Rebekah Rimsay on opening night) and friend Peter (played by Guillaume Côté on opening night), they do so with abandon, relishing each moment. There is palpable rapport between the kids and Côté, especially in the joyful dance where he lifts and spins them around as snowflakes fall and party guests freeze cinematically. It’s one of the ballet’s best scenes: like a childhood memory caught in a snow globe, the still point around which a storm of events unfold.

It helps that Jennifer Tipton’s radiant lighting and Santo Loquasto’s splendid set and costumes create an atmosphere that feels both festive and nostalgic. What the children see (and what the audience witnesses) is that beyond snowball fights and crazy haystack sliding, anything can happen. When faced with the unexpected, imagination and heart save the day.

When no Christmas gift is left for poor Marie, for example, unpredictable Uncle Nikolai (Robert Stephen, who shows off impressively high and light leaps) whips out a wooden Nutcracker soldier to keep her from crying. When the Nutcracker comes to life and is almost killed by the Tsar of the Mice, Marie and Misha swiftly attack with pillows, vanquishing the rodent and his army (played by a well-rehearsed battalion of children from Canada’s National Ballet School and other schools).

Their reward is a delightful trip to the Land of Snow, where on opening night Xiao Nan Yu’s Snow Queen dazzles with crystalline pointework and a smile that could melt ice caps. Her pas de trois with two Icicles who lift her in an upside-down arabesque is simply breathtaking. Act One closes seamlessly with a flock of Snow Maidens soaring across the stage in lovely interlacing patterns.

The ballet’s sumptuous second act, choreographed as one treat after another, starts off without a stumble. Greta Hodgkinson emerges from the gold Fabergé egg as the Sugar Plum Fairy, all sweetness and light, inspiring chimes to tinkle each time she piqué turns. The Spanish Chocolate and hypnotic Arabian Coffee dances continue to mesmerize. So when, during his solo as the lovestruck Nutcracker/Peter, the normally flawless Côté collapses then limps offstage, there are audible gasps from the audience. (We later find out he has torn his ACL — a serious knee injury that could keep him offstage for six months or more.)

In a true test of professionalism, the National Ballet team pulls together with astonishing grace. The orchestra, under Earl Stafford’s baton, doesn’t miss a beat of Tchaikovsky’s fiery Russian trepak. The courtiers stay in semi-circle, nodding with amazement on cue. And Stephen’s Nikolai runs centre stage, performing clean consecutive pirouettes with aplomb. By the end of his impromptu solo, when he opens his arms and spontaneously shrugs his shoulders, he’s already won our hearts.

The stress or slippery floor may have gotten to other dancers, however, as two more take a tumble during the Waltz of the Flowers. Backstage, Keiichi Hirano scrambles out of his Arabian Coffee harem pants into the white tights of the Nutcracker, fifteen days before his scheduled performance with another partner. As he steps onstage for the final pas de deux with Hodgkinson, she smiles at him reassuringly.

What happens next is a first-class lesson in generosity, connection, and the difference between perfection and real artistry. Despite a somewhat shaky start and one assisted turn veering off-axis, both dancers display a fearless ability to create beauty in the moment. Hodgkinson’s supple backbends and Hirano’s confident partnering in the climactic fish dives are brilliantly showcased. This extraordinary dance should be on both artists’ list of career accomplishments — one we hope the students backstage take note of.

When Marie and Misha’s marvelous journey ends, everyone receives well-deserved applause. We are left with memories of the special night, one of which best captures the spirit of the season: a flutter of Snow Maidens bourreéing forward with open arms, palms upturned, heads lifted. It’s a stance that Kudelka’s delicious Nutcracker and the holidays keep reminding us of: that we open our eyes and hearts to the world’s wonders, that we are thankful for what we receive, and that, even when life throws surprising snowballs, we take things in (well-timed) stride and live in the moment as if dancing for the first time.~ 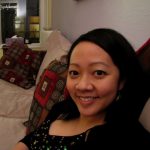