Growing up as a competitive dancer, I was never exposed to “real” contemporary dance. The contemporary categories in studio competitions are generally filled with dances that would be better labelled as lyrical or jazz — and that’s what I always thought contemporary was, but with a better storyline and cooler movements. Since working as an intern at The Dance Current, I’ve been exposed to more forms of contemporary dance, which has opened my eyes to the genre and to the world of dance in general. Heading to this year’s Toronto Fringe Theatre Festival for the first time was exciting — a day to myself in the city and with an itinerary including three contemporary dance shows, each with different but equally enticing descriptions. From an extremely physical piece dealing with personal revolution and life’s greatest questions, to a full-length show made up of three shorter works, each with their own unique themes and finally an autobiographical piece rich with raw emotion, dance at this year’s Toronto Fringe Festival was nothing short of entertaining.

As a first-time Fringe-goer I really didn’t know what to expect. People around me spoke of their favourite Fringe pieces from previous years and the memories they had made in theatres just like the one we were entering. ReActive Dance Theatre, formed in 2012 by Amanda Pye and Rhanda Jones as a way to blend together art and activism, would supply the first piece of my personal Fringe history. As the dancers took the stage, I sat back, relaxed and enjoyed the show.

The movements started slow and smooth but as the music sped up, so did the dancers, who travelled together around the stage, replicating each other’s every move in sequence. Though the audience was small, the theatre provided an intimate setting for the cast members who pointed at and made eye contact with each of us. Halfway through the performance, the group sat centre stage and talked — some frustrated, others optimistic. They spoke of making bold moves in life and learning from their mistakes. I got the sense that this might have been improvised, but even if their words were scripted, they definitely reflected the real-life struggles of young people today.

The second half of the show proved the versatility of the performers, both emotionally and physically. The intricate movements, split-second sequences and wild athleticism were even more impressive when paired with the various emotions portrayed by each of the eight dancers — Bretonie Burchell, Nicole Decsey, Rodney Diverlus, Jessie Garon, Chantelle Mostacho, Caroline Sawyer, Steven Smith and Talia Quilliam. Some laughed while others screamed in fear — and though the entire show was filled with juxtapositions like these, I left feeling good about the personal revolutions I had witnessed.

Out to Lunch by Half Second Echo
With choreography by Irvin Chow, Monika Davis, Denise Solleza and Jesse Dell

Toronto-based Half Second Echo, formed in 2013 by York University students Justine Comfort, Monika Davis, Sarah Dowhun, Miles Gosse, Nikolaos Markakis, Melina Pereira and Denise Solleza, opened their first full-length show with Dance Dance Evolution, a trio of three extraterrestrial creatures, their story narrated by the explorer who found them. The piece was very strange but very physical — the aliens’ costumes had them dancing without arms, which must have added another level of difficulty to the big jumps and partner work they performed. The creatures poked and prodded at each other and interacted throughout the entire piece. Writer and narrator John Moyer helped move the story along from beginning to end and provided humour throughout.

Half a Dozen Dreams was my favourite of the three pieces. The performers moved with each piano key and then danced fluidly, travelling under, over and through one another to the Edward Scissorhands theme song. The piece itself was somewhat Tim Burton-esque — according to the program, the ideas were derived from real dreams experienced by the performers and shared with one another.

The third and final piece was Misfits — bright, funny and very physical. A Misfits Anonymous meeting showed the quirky personalities of each character. Shy, self-centred or sneaky, each misfit told their story through exaggerated movements and facial expressions. This piece was filled with surprises — at one point, the nervously timid character breaks out of her shell, dancing wildly in a red sequined corset that was hidden under her dress shirt.

It’s no surprise that Melisse Watson’s I Was Born White was awarded Patrons’ Pick for the Robert Gill Theatre, giving the cast an extra chance to present the work — emotion-filled for both the audience and the performers — at the end of the Fringe.

An autobiographical piece, Watson danced to recordings of her own voice and the voices of her family members throughout the show, adding yet another personal layer to the performance. Live drumming accompanied the interviews and poems that were interpreted by the dancers, who each represented a real person in Watson’s life — her birth parents, adoptive parents and a nanny who helped take care of her.

Feelings of sadness, confusion and guilt echoed through the stage as each performer moved powerfully to the stories of the people they were portraying — some of whom were in the audience. We learned that Watson’s real birth father was initially unaware of his daughter’s existence and that her adoptive mother died while she was still young. Watson spoke of being “not black enough or white enough, but in the grey,” showing so many emotions but ending with acceptance. This was not only a show, but a lesson on life, death and everything in between.

Making my way around downtown Toronto, from the Randolph Theatre to the Tarragon Mainspace and all the way to the Robert Gill Theatre, I felt like I had a full Fringe experience. The buzz between shows was reassuring — especially for a rookie like myself — and a late-night walk through the Fringe Club at the iconic Honest Ed’s store — a “pop-up patio, art market, performance venue and social hub” — was the cherry on top of a day packed with new friends, new shows and new perspectives. 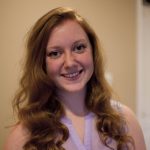