In November 2013, I travelled to Guangzhou, China to perform with Montréal’s Danièle Desnoyers/Le Carré des Lombes at the 10th Guangdong Dance Festival. On the program was Desnoyers’s 2010 work Dévorer le ciel and, as a part of a gala showcase of men’s solos, an excerpt of the more recent Sous la peau, la nuit, performed by longtime company collaborator, Pierre-Marc Ouellette. We were one of eight overseas companies invited to participate in the international festival, joining eight companies from mainland China and Hong Kong. It was a quick-and-dirty five days spent in atmospheric Guangzhou and an eye-opening excursion for us all. This was my experience …

Inevitably when you travel, people ask you how it was. How was Europe or Nova Scotia or wherever you’ve managed to land yourself lately? When you find yourself landed in the third-largest city in China, the question carries a different weight and a different degree of interest. It’s a big question with a big answer, and one that is better given, not in the past tense, but in the present. Because China is a country in motion. It is a land of epic contradictions, of ancient history colliding with unprecedented growth. It’s community and commercialism making for complicated bedmates. It’s the slow pace of tradition standing strong despite the heavy tremors of a rapidly developing future. China is grounded and China is in flux. Or that’s how I see it.

As a Western artist visiting China, one certainty I immediately land on is that we are all slightly outside of our comfort zones. It begins with the squatter toilet, a small difference that will significantly impact the team’s pre-show routine. In the theatre, everything seems to take twice as long because everything is just a little bit different and our technicians, especially, feel these subtle shifts in timing. Loading in requires a translator, as does asking for towels, water and the location of the showers (there are no showers). The lobby is a courtyard outside the theatre and the doors leading backstage stay open throughout the show. The sound of howling cats from the adjacent alley becomes the soundtrack to our pre-show warm-up, and during the show, a man who may or may not be a technician, enters the wings and happens upon my quick change. With a cigarette dangling from his mouth, he gives a nod of approval and it somehow all feels rather run-of-the-mill (though a new spot is found to finish the change). Jet lag turns out to be a roller coaster, and I ride it, experiencing energy and exhaustion in one fantastic package. An hour passes in the blink of an eye and as we bow, the audience claps politely but with little enthusiasm. In the Q&A that follows, Festival Director Willy Tsao translates the response. Our audience has deemed us disconcertingly “wild.” It’s a striking difference from our experiences with the work in Canada and Europe where the deconstruction of the art form means that this work, though free in character and construct, is almost traditional in its approach to pure movement. We dancers don’t feel so wild, more that we have been on a wild ride, crossing the apex of the globe to land halfway round the world, all for the purpose of this one show. The enormity of the journey makes the art feel important, and now, a bit for naught. The choreographer is left questioning the experience; the dancers are left with an uneven ratio of adrenaline to applause. With the big performance all at once in the past, our gracious hosts take our team of ten out for a traditional Chinese dinner as a thank you. A dish of sliced lotus root is mistakenly perceived as a platter of multi-nostril pig snouts, but once that is cleared up, all is well, and we drink and talk and enjoy ourselves immensely. We are introduced to Lau Siu-Ming, an elegant man in his eighties. A well-known Hong Kong actor, Ming is also a former dancer with Maurice Béjart, and the first Hong Kong dancer to have studied abroad. He is charming and generous in his praise of the show, and we feel very lucky to share his company. He is wearing a medical mask.

Over dinner we talk of the politics of dance in China, or rather how the political climate influences the work. Willy says it does not, that censorship is over, and that Chinese artists are free to make the work that they want. Of course, he says, there is a list of subjects that are off limits. Not surprisingly, Tibet is number one on this list. And there is the general caveat that no nudity is allowed onstage. The more I think on this particular point, the more I feel this is a country of contradictions. When bathroom stalls often don’t have doors and communal toilets are common in the countryside, modesty in art strikes me as being somewhat inconsequential.

At the mention of nudity, Willy begins describing how nervous he was during a moment in our show when Karina slowly pulls her shirt upward to reveal her stomach. It seems that the ramifications for challenging the “rules” are not necessarily immediate or severe; it is more that one never knows how the government officials will react. He describes another performance he had programmed, for which a government official was in attendance. As luck would have it, there was a nude scene that had not been included in the original approved version. Willy waited with bated breath as the crowd emptied and the official moved toward him, only to pass by with a conspiratorial wink and a smile. Clearly titillated by the event; clearly uninterested in enforcing anything that had served his own interests well. In some ways the challenge lies within this kind of unpredictability. It breeds the feeling, Willy says, that “it is easier if we know the rules. Then we can follow them, and there is no problem. It is more of a problem when it is not clear.”

As his words sink in, the shock that I feel is not from finding censorship present in modern-day China. What really hits me is the casual acceptance of “the rules” as something other than censorship, and in observing the faces of my colleagues throughout this conversation, I suspect I am not alone in this feeling. This is not a judgment of our hosts; I am empathetic to their point of view. I understand that it is the way it is, the way it has been, to the point that it doesn’t feel like much of anything. I understand too that with a history littered with atrocities — with events like the Cultural Revolution in the not-so-distant past — a few concessions in subject matter are a very small price to pay for relative artistic freedom. But the exposure to this reality resonates in my Canadian bones. With the recent loss of funding to the Rhubarb Festival and to Summerworks, and with the slow infiltration of the CBC by Harper’s Conservatives — well, a casual approach to the government control of content feels pretty alarming. Dostoevsky said “man is a creature that can get used to anything,”, and this thought brings me both comfort and a chill, as another round of Pearl River lager fills our cups and we begin to feel more and more at home.

The following day, feedback from our performance begins to emerge, and it is overwhelmingly positive — a stark contrast to the feeling we were left with the night before. One response stands out. A woman has told Danièle of a work she saw many years ago that she found initially unsettling. This work has never left her and how she once perceived it has shifted with time. It has become significant and important inside of her memory of it. With our performance the night before, she finds herself once again confronted by a work and unable to know what to make of it. What she does know, she says, is that she already feels the beginnings of a lasting impact. With this, the importance of our presence begins to make itself clear. We are not on the other side of the world to be lauded and loved, but to incite. Danièle’s work highlights the individual and, beside the exquisite lines and exceptional rigour of the Chinese artists we have seen, that individuality is messy, and yes, a little wild. It is an aesthetic that may not yet find a home in China, but nevertheless our work has left an imprint in their vision. It will shade their landscape in some small way, as experiencing China has left an unmistakable impression on me. These are reasons enough to traverse the globe.

For another perspective on visiting China, as told by Volcano Theatre’s Ross Manson, click here.

For a slightly dated but informative look into modern dance in China, click here. 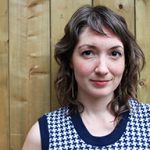