<i>In partnership with The National Ballet of Canada, through the Emerging Dance Critics Programme, we are providing one-on-one editorial mentorship and publishing exposure to a selected group of emerging dance writers who have demonstrated an investment in the field. Over the course of June 2014, this group of writers will produce reviews about the summer season, which will be edited according to our standards and posted in this dedicated column.</i>

A decade after its debut, James Kudelka’s innovative adaptation of Cinderella is enjoying its third run with The National Ballet of Canada from June 4 to 12. It’s not surprising that this vibrant production is back, as its brilliant blend of a classic tale with innovative dance is a real crowd-pleaser.

One of the world’s most beloved fairy tales, Cinderella was written by Charles Perrault in the seventeenth century, based on popular folk tales of the time with origins much further back in history. The tale’s remarkable staying power is often attributed to its messages of hope in the face of adversity and redemption through love — themes that have struck a deep and universal chord with audiences. Sergei Prokofiev’s score was originally composed and performed in the Soviet Union during the Second World War, and since its initial performance in England in 1948 with the Sadler’s Wells Ballet, this popular ballet has come to be considered a touchstone of the art form.

While the timelessness of Cinderella’s themes is evident, the resilience of any work lies in its ability to resonate across generations. Remaining relevant requires a facelift now and again. That is precisely what Kudelka’s delightful adaptation provides, both thematically and visually.

Beautifully staged against the whimsical backdrop of David Boechler’s costumes and set, an imaginative hybrid of art deco design and 1960s fabric prints, the ballet provides a perfect blend of the sublime and the ridiculous. A sense of fantasy is swiftly established, as the worlds of dream and reality meld when masked characters emerge from the chimney to dance with Cinderella in her kitchen. Oversized set pieces and backdrops evoke an enchanting Alice in Wonderland sense of magic and the surreal throughout.

Sonia Rodriguez and Guillaume Côté, the stars of the ballet’s original 2004 run, were radiant on opening night in their return as Cinderella and her prince. The highly stylized production seamlessly incorporates various types of dance, from flamenco to flapper, bharatanatyam to geisha, while Cinderella and the prince maintain a classical style throughout. The juxtaposition of their classicism with the bold scenery and the more modern, aggressive dances of the corps de ballet brilliantly highlights a main theme of the story – the vulnerability of their love. The imaginative blend of dance forms guarantees many fascinating sequences, with highlights including the blossoms’s dance, the ball, and a jarring sequence by dancers wearing pumpkin heads announcing that Cinderella’s time at the ball has come to an abrupt end. Throughout the ballet, Cinderella’s drunken stepmother and stepsisters provide delightful distractions, stealing scenes with their garish costumes and hilarious pantomime-influenced hijinks.

Kudelka’s excellent production boasts several standout moments that had the little girl across the aisle from me enraptured, in some cases holding her hand to her mouth, no less. Not to give too much away, but most of these moments revolve around pumpkins and Cinderella’s arrival at the ball. Another particularly inspired sequence sees the prince travelling the globe. This fascinating sequence, which had been cut from previous adaptations and was restored by Kudelka, plays out like the travel montage of a classic Hollywood movie happening live in front of you, with enormous stylized patterns evocative of maps of the earth and the sky projected behind the prince as he encounters figures from all corners of the globe, including (much to the audience’s delight) a skier in a big striped Hudson’s Bay coat.

Whether you are young or old, into fairy tales or prefer cutting-edge theatre, Kudelka’s inspired reinterpretation of this classic tale will not disappoint.

<i>Reading Writing Dancing is one of The Dance Current’s educational programs, providing workshops, seminars, mentorship and professional development to emerging and established dance writers alike. As part of our commitment to the field, we partner with like-minded organizations to educate dance readers and dance writers, providing public access to dance art and culture, and facilitating dance literacy and appreciation.</i> 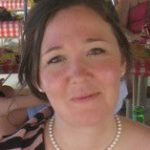 By Annie Hodgins
Read more by this author