Hot on the heels of Halloween, the November 6 opening night of The National Ballet of Canada’s Giselle delivered supernatural chills, youthful exuberance and poignant heartbreak. Giselle (Svetlana Lunkina) and Albrecht (Harrison James) shone in Sir Peter Wright’s choreography, which follows the venerable versions of Coralli and Perrot. Within these traditionalist trappings, the strength of the production lies in its convincingly nuanced performances supported by sumptuous costumes and set design.

Giselle tells the story of the titular peasant girl who falls in love with the dashing Albrecht. Little does she know that he is an already betrothed nobleman, dressed as a peasant for an afternoon lark. With the truth eventually revealed, Giselle goes mad and dies by suicide. Reappearing as a spirit in the second act, she saves a devastated Albrecht from the murderous and ghostly Wilis, before disappearing forever into the spirit realm.

The plot of Giselle admittedly raises some questions given today’s evolving understandings of gender and power. Giselle’s character is largely defined by her relationships with men, while Albrecht’s salvation is predicated on Giselle’s unusually sudden forgiveness of his betrayal. Marquee arts organizations like The National Ballet of Canada have the opportunity to take leadership roles in acknowledging and contextualizing problematic themes in classic repertoire; some notes to that effect would enhance the printed program’s meticulous synopsis and history of the ballet. This is one way in which major organizations can retain important classic works (and therefore ticket sales) while more sensitively positioning the works in today’s world.

Nevertheless, the character of Giselle does gain some agency as the plot advances. Beginning from a position of peasant subservience, she emerges from madness and death as an otherworldly spirit with the remarkable power to save the life of the nobleman Albrecht. Lunkina’s performance brings nuance to this narrative trajectory, infusing the role of Giselle with a charming naiveté in the first act. Her youthful vivacity comes from experience: she was the Bolshoi Ballet’s youngest ever Giselle at age eighteen.

This carefree opening makes Giselle’s breakdown in the mad scene even more arresting. Where her movement had been shimmering and effervescent, it becomes erratic and chillingly unnatural, giving tangible expression to Giselle’s hallucinations. Her final dances in the second act are the most touching of the production, exquisitely accompanied by the principal violist, Sheila Jaffé. In these moments, Giselle transforms into a quietly confident and independent character, emancipated from her earthly body. In contrast to Lunkina’s grounded and even slightly folksy gestures in the first act, her movement in the second act becomes as weightless as a spirit. James’ Albrecht is a striking counterpart to Lunkina’s Giselle in the first act, with a muscular and lusty performance, contrasting with Lunkina’s youthful delicacy. Ultimately, Albrecht’s gestures are notably smoothed and lightened through the intervention and encouragement of Giselle’s spirit. Though he is a flawed man, Albrecht evolves through the performance, from the brash confidence of his first appearances to a more mature, reflective physical vocabulary as he is moved and changed by Giselle’s love.

Dancing as Myrtha, Queen of the Wilis, Heather Ogden is imperious and beautifully menacing. The Wilis were especially memorable for their impeccable synchronization. Through mesmerizing interlocking formations, the dancers form almost architectural boundaries blocking the escape of the men who become their victims.

The ballet is set in an idyllic peasant village and then a foggy graveyard, and Desmond Heeley’s set and costume designs fulfill the expected look. Still, there is no denying the visceral autumnal beauty of the first act, richly hued in gold, red and orange. The gorgeous robes of the nobility are particularly noteworthy, as is Giselle’s pale blue skirt, which sets her apart from the others and foreshadows the cooler colour palettes of the second act. Gil Wechsler’s lighting design is effective in lending a sickly green and blue tone to the graveyard scenes, creating a disquieting atmosphere that only relents with the sunrise at the end of the ballet.

Under the principal conductor, David Briskin, the orchestra supports the dancers with sensitivity, even if Adolphe Adam’s score is uneven in its musical quality. Navigating music that is alternately extroverted and intimate, the string section finds a variety of sound colours ranging from silky and supple to stormy and agitated. The woodwinds are sparkling and articulate, with particularly affecting solos by the principal clarinetist, Max Christie.

By all the usual metrics, The National Ballet of Canada has delivered a benchmark performance of an evergreen masterwork. This success inevitably leads to the question of where to go from here. Perhaps when Giselle returns to the stage — as it always will — it is time for the company to show us where else it can take us with its formidable talents. 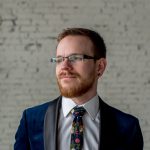 By Arlan Vriens
Read more by this author