Did that get your attention? Keep reading.

In a time of polarizing political rhetoric, it is vital for artists and arts organizations to be engaged. But as an arts advocate, I struggle to get the dance community’s attention.

A lobby day is when advocates descend on government buildings such as Parliament Hill, Queen’s Park or City Hall to share a unified message with politicians in a series of meetings and a reception. Advocates include arts managers, artists, students and board members. It is a powerful day because we amplify the message; we support the Minister of Canadian Heritage by asserting the importance of the arts to their colleagues, and we demonstrate our unity, size and influence. The arts sector employs 650,000 workers and represents three per cent of the GDP – the arts sector is bigger than the forestry sector and is a huge economic engine with a significant public presence.

Arts Day on the Hill is organized by the Canadian Arts Coalition, a volunteer group of arts advocates who see the value in talking to politicians. In recent years, we have helped convince government to double the budget of the Canada Council for the Arts, to invest for ten years in cultural infrastructure and to find special funding for anti-harassment training through the CHRC Respectful Workplaces program. It is empowering and meaningful work; I am proud of what we have accomplished together.

You will see photos of me beaming from Arts Day on the Hill. I’m smiling because it’s such a pleasure to talk to politicians about the power of the arts. I adore the challenge of condensing a recommendation into an elevator pitch. I get excited by studying an MP’s background to know exactly what angle to take in these intense conversations. I’m not alone in my passion for arts advocacy; this year, Fannie Bellefeuille, executive director of RUBBERBANDance Group, attended Arts Day for the first time. “Arts Day on the Hill is an incredibly influential day,” she asserted. “I was impressed by the federal politicians’ desire to learn more about the impact of the arts. I am hooked – I’ll be back next year.” Arts advocacy is urgent, timely and necessary.

This year, the coalition attracted more than 100 advocates to Ottawa for Arts Day; privileged arts leaders are eager to come. The institutions know how important it is to send representatives to share their perspectives, and many large arts organizations regularly attend, like the Banff Centre, the Stratford Festival and the Confederation Centre. The dance community, in all its diversity, needs to come out, stand up and speak out at events like Arts Day on the Hill. Provincial politics is currently very polarized. Progressives are concerned that conservatives will eliminate arts funding. The disproportionately low number of women and equityseeking representatives at all levels of government continues to be infuriating. Voting and championing electoral reform will stimulate progressive change. The arts sector needs to be a loud voice in that progressive change.

Every year, the Canadian Dance Assembly (CDA) sends out advocacy alerts to its membership, asking community members to take five minutes and send a prepared letter to their MP about Arts Day on the Hill. This year, we had twenty-two people send letters, which represents only three per cent of CDA’s membership. As choreographer Susie Burpee attested, “We need to get that number up!” We need to empower the dance community to pay attention and engage.

Why should the dance community care about politics?

1. Federal politicians make decisions regarding the funding of the Canada Council for the Arts.

2. If you receive public funding, you should be concerned and engaged. (If you watch dance that is government-funded, you should also be engaged.)

3. Engagement can take many forms: educating yourself, writing letters, talking to friends and family, inviting politicians to performances, volunteering with the Canadian Arts Coalition and participating in Arts Day.

Frustrated with the inequities in the world or just the state of arts funding? Start emailing your MP and never miss an opportunity to vote.

This article was originally published in the January/February 2019 issue. 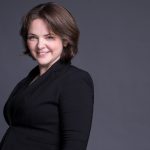 Tagged: On the Ground, Politics, Various, All , Canada