Awarded the Order of Canada in 2001, Montréal-born costume designer François Barbeau has been working in the field for over fifty years. From May 25 to December 7, 2014, the Centre de l’exposition de l’Université de Montréal will host François Barbeau, Costume Designer an exhibition showcasing some of Barbeau’s most eminent pieces. Presented in collaboration with l’Association des professionnels des arts de la scène de Québec (APASQ) and la Fondation Jean-Paul Mousseau, the exhibition will underscore the audacity and inventiveness of Barbeau’s work.

To honour Barbeau’s stunning costumes on the occasion of this wonderful exhibition, we have created this photo gallery.

“François Barbeau has left an irrefutable mark in Québec’s costume industry because of his knowledge, creativity, versatility and his contribution to the professionalization of costume designing,” says exhibition curator Andrée Lemieux.

Barbeau has led a versatile career — collaborating in over 660 productions in theatre, circus, film and ballet. Some of his more recognizable works include the costume designs for Les Grands Ballets Canadiens’s The Nutcracker, which has been gracing stages since 1964, and for Cirque du Soleil’s Dralion (1998). Barbeau has also designed for many of the important Montréal theatres: the Théâtre du Nouveau-Monde, la Nouvelle Compagnie Théâtrale, la Compagnie Jean Duceppe and the Centaur Theatre. Although his career has been concentrated in Montréal’s theatre and dance world, Barbeau has also developed costumes at the Stratford Festival in Ontario, CanStage in Toronto, the National Arts Centre in Ottawa, the Harkness Ballet in New York, the Batsheva Dance Company in Israel, and at the Comédie-Française in Paris.

The exhibition also reveals the creative process involved in getting costumes from the workshop to the big stage. “The exhibition offers a sensory approach by permitting visitors to inspect the details of the costumes up close and to even touch the samples in order to get a feel for the material,” says Lemieux. Visitors will learn some of the technical details behind costume designing, such as colour, textile and structure.

In addition to Barbeau’s impressive oeuvre, the exhibition showcases pieces from the Université de Montréal’s Marjorie and Gerald Bronfman Collection. This collection is made up of some 350 costume designs from several major Québécois and Canadian designers.  Fifteen of these designs were selected for exhibition by Barbeau because they served as inspiration for some of his projects.

While formally acknowledged as a costume designer, Barbeau is also a theatre director, artistic director, set designer and a teacher at the National Theatre School of Canada, where he trained a new generation of young designers. In addition to the Order of Canada, Barbeau has also been awarded the Prix Victor-Morin (1979), Prix des arts de la scène du Gouverneur générale (1996), and the Prix Jutra (2005). 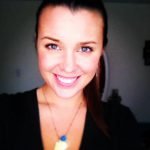 By Samantha Mateus
Read more by this author