How much can you renew a traditional fairy tale? Les Grands Ballets Canadiens de Montréal and Belgian choreographer Stijn Celis answer with “Celle qui, dit-on, aurait perdu sa chaussure (Cendrillon)”. In more than a word, this translates to: “The one whom, they said, would have lost her shoe (Cinderella)”. Premiered October 16th at Place des Arts, the hyper-narrative ballet was presented in a contemporary light, permeated by symbolism and an underlying theme of a grand quest for love. “Celle qui&” is the second full-length ballet commissioned by Les GBCM since artistic director Gradimir Pankov’s arrival in 2000. (Prior to that, the last full length ballet created for the company was Fernand Nault’s Nutcracker in 1964.) Pankov has changed the face of the GBC, programming mostly contemporary works on the company, with a particular accent on European choreographers. Less pointe, deeper pliés. The results: the 1,400 seats in Théâtre Maisonneuve are regularly sold-out.

Former dancer and soon to be artistic director of the Bern Ballet, choreographer and set designer Celis created “Noces” to Stravinsky’s “Les Noces” for Les GBCM last season. “Noces” confirmed Celis’ talent as a set designer, as he transformed the stage with four simple benches. The décor in “Celle qui&” is no less present and far more intricate. In this work, with the help of costume designer Catherine Voeffray, lighting designer Marc Parent, playwright Janek Ruzika and scenic painter Sofi Dagenais, Celis weaves a tapestry of old and new, of tragedy and lightness. Conductor Ermanno Florio directs Les GBCM Orchestra through Prokofiev’s score of Cinderella.

The prelude. The lights flash on and off three times, revealing three immobile dancers, a family photo of Mother, Father and Daughter. The curtain opens to reveal a Dali-esque living room, large wardrobes melted to various degrees into the ground. The wings are pulled up, the stage is wide. The step sisters, Anthony Bougiouris and Davide Thole, frenetically fill the space, running, shimmying, weaving in and out of the drooping furniture and throwing their limbs and torsos in every direction. They are soon joined by Steve Coutereel, the long-limbed stepmother. This trio steals the spotlight throughout the ballet. The father, a vaporous and dark presence, continuously clings to an orange, symbol of love. Stepsisters and stepmother physically manipulate the father, bear down on Cinderella and interfere when she tries to reach her father. Periodically, the ghost of Cinderella’s mother, Rachel Rufer, floats onto the stage, a sylphlike figure with verve in her bourrés. Her relatively classical dance underlines the distance in time and in styles from the traditional ballet to this remixed version. Geneviève Guérard, a bare-foot Cinderella, is dwarfed by her stepfamily; her lyrical dancing contrasts the angular and punchy movements of the men surrounding her. The dance conveys her sadness with overly hunched shoulders, desperate reaches and languorous back bends. She sustains a yearning for love and a gauche enthusiasm that serves her character well, especially in the second act. Cinderella falls into a dream state. The stepsisters and stepmother, now in bright orange gowns, pull a strip of Astroturf onto the front of the stage. The greatest poetry of the ballet colourfully unfolds when a procession of white-clad dandies enter on the Astroturf, playing slow motion golf. The long, sweeping clubs and posturing golfers bring lightness to the ballet that is, until this point, weighted and dramatic. Amidst the exotic players unfurls a premonitory vision that foreshadows the dénouement. The ghost mother, dancing nearly classical variations to dramatic lighting and magic-weaving music, gives Cinderella a frilly sequined red dress. The skirt is lopsided and the sequins softly rattle when Cinderella moves. Costume designer Voeffray’s contribution begins to reveal itself.

After intermission, the ball. Upstage, a mountain with a road map painted on it is framed by scaffolding and ladders. High society dancers are dressed in somber quasi-suits. Odd bulges on a hip, on a belly, on an elbow or on a shoulder subtly disfigure the dancers. The women wear calf-length heeled boots with very large chignons perched atop their heads. The group fully brings to life Celis’ quirky choreography, perhaps because the rapid succession of small gestures — hands manipulating limbs and body — typical to this ballet is easier to read when reproduced on many bodies. The men and the women manipulate each other, stomp and run around each other, never settling with one person or in one place. The effect is almost military. Everybody, in this dark world, is awkwardly looking for love. The prince, Mariusz Ostrowski, arrives at the ball gracefully dancing about with shiny white shoes in his hands, searching for the right feet. Cinderella bumbles in, incongruous in her bright red dress and her bare feet. She is transported by the men in long, travelling lifts that recall the momentum of figure skaters. Doll-like, she bounds and leaps unabashedly where the others stomp and lunge. When she finally steps into the destined shoes, instead of being transformed into a princess, she teeters and wobbles, unsuccessfully trying to blend into the crowd and finally running away.

An interlude. A looped recording of the ball music plays softly as the father sits on a roll of Astroturf in front of the curtain. He slowly peels an orange, leaves the peel dangling as a snake. He bites into the fruit. Exit Father. Back to the family house. Many love-craving dancers in red sequined dresses confuse the prince. It is mighty seductress and towering stepmother (Courtereel), who finally catches prince charming. His glorious long reaches and teasing little skips are too much for the prince to resist. Their love duet is enthralling, long limbs are extended, trailing; the movements are swift and the unusual dimensions of the dancers is no obstacle to the integrity of their connection. Cinderella witnesses the prince’s betrayal but she does, of course, forgive him. They dance the last dance together, the first tender and beautiful duet in the ballet. The weightless, travelling lifts are softer, the frenzy is gone, they rest and lean into each other. Love conquers. This ballet abounded with a sometimes-confusing combination of abstract and explicit symbolism. The choreography ate up the space, the dancers lunged and moved about dramatically, but they also did an alarming amount of walking and running in time with the music. While it created definite tension, it sometimes felt like filler. There was very little nuance in the pace; it was either so hectic the dancers had trouble keeping up, or so slow that the dramatic narration verged on sappy. The orchestra’s rendition of Prokofiev’s dramatic score was ordinary. However, an extraordinary and positively un-classical aspect of the ballet was the spotlight on men. How satisfying to see such a demonstration of their brute attack married to the femininity of their roles. The audience’s reaction was quite mixed, revealing perhaps that this retelling — of a fairy tale that is deeply rooted in the collective imagination — fell a bit short of Les GBCM and Celis’ intentions. I would, however, return to see it again. 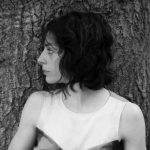