A lil’ paprika, a lil’ tamarind, a lil’ Dancemakers MiniFest.

This mini-festival line-up features a variety of events, including performances, conversations, a lecture and participatory classes. From June 13 through 24, Dancemakers will feature works by Resident Artists Andrea Spaziani, Amanda Acorn, Anthony Hamilton and Dana Michel. Curator Amelia Ehrhardt describes the occasion as “one of chance, circumstance, and quite a lot of luck”. Indeed, this will be the first time since the launch of Dancemakers’ Incubation Production House model in 2014 that they’ve all been together. What awaits us is a contingent pleasure dome of curious performance.

The MiniFest begins with a Double Bill on June 13, featuring Andrea Spaziani and Amanda Acorn. Dancemakers’ 2016–2019 Local Artist in Residence, Spaziani has a practice that inquisitively resonates through a dynamic of movement and language. She’s no stranger to the Dancemakers stage. We might recall a moment in This Desiring Pony in which Spaziani grappled with thoughts and words, or what she called “unsaid saids”, while also wearing boxing gloves and wrestling a large silver balloon in the shape of the number 3. Or perhaps you remember her in Silver Venus, disrupting the art canon in a choreographic score that entailed the embodiment of the goddess Venus, and “thinking about the activity of the colour silver” simultaneously.

This MiniFest will feature a work entitled Rafters, which evolved through Spaziani’s collaboration with Alicia Grant and Julia Male. Rafters further highlights Spaziani’s practice of word and movement as a condensation of subconscious and unconscious leaps. The work is faithful to Spaziani’s meditations on hyper-empathy, a distortion of the familiar and a love for something shiny. Ehrhardt writes: “Rafters is as subdued as the dancers’ states and overt as their shiny gold pants.” I must say that if I didn’t see something shiny in a Spaziani performance, I would question its authority.

Next on the Double Bill is Dancemakers’ 2016–2018 Emerging Artist in Residence Amanda Acorn. Acorn is an award-winning choreographer and former Dancemakers company dancer, whose work always imprints questions upon me: questions of intimacy, of challenged perception, of perpetual motion. In her performances I find myself wondering what it means to encounter a cycle or what it could mean to sync into rhythm while happening upon new direction. In Leisure Palace presented at In/Future Festival held at Ontario Place in September 2016, Acorn’s work meditated on just that. Her work constructed a dreamy yet pulsing space-responsive performance for six dancers and a live DJ that she described as “building a utopic landscape in and around the audience in slow motion.” At the MiniFest, she will be collaborating and performing with Rob Abudo, Lori Duncan, Bee Pallomina and Ann Trépanier for an untitled work-in-progress. I expect to feel my previous questions imprint on me once more.

Independent award-winning choreographer Antony Hamilton will also be presenting a world premiere June 22 through June 24 entitled Natural Orders. Hamilton, who is Dancemakers’ 2015–2018 International Resident Artist, has a creative practice that masterfully moulds sound, movement and design into a disparate yet all-encompassing entity. With collaborators and performers Michael Caldwell, Meryem Alaoui and Jolyane Langlois – plus robots and machinery by Alisdair Macindoe, Natural Orders opens up the fascinating and radical questioning of machine-generated movement.

If that isn’t enough, Hamilton will also be holding morning classes during the MiniFest. In a recent interview, when asked, “what is dance?”, Hamilton gave an excellent response about how the topic of dance is broad, incredibly fluid, and resonant with the perception of language. Inquiry into the breadth of dance is certainly something I think Dancemakers Centre for Creation holds as a mandate when curating its programs.

Hamilton ended his answer with a playful, confident utterance, saying, “but really, in my heart, dance is actually Michael Jackson.” Same. I expect us to anticipate ideas of language, movement and oscillations of time, while sitting lightly with a wavering thought of Michael Jackson.

The final performer in the MiniFest is Dana Michel: a dancer, choreographer and performance artist who the New York Times has called a “real original, peculiar to the nth degree and remarkably compelling onstage.” Michel has an intuitive practice that continually exposes, unfolds and indulges in the re-creation of identity as a multifaceted wonderment. She explores notions of performative ritual, discordant movement and deconstruction of language with works like Mercurial George, which premiered at Festival TransAmériques in June 2016, and Yellow Towel (2013), which is said to be the performance that launched her international career. For the first time in Toronto, Yellow Towel will reveal Michel reconceptualizing the body as a role in time – in personal histories and future desires. The work presents a movement exploration in tropes of black identity where every punctuated stutter and stammer is a question posed to the audience: “Is this what you want to see of me?”

So there we have it, so much spice for the senses! A feast of a MiniFest. A feast of dance and dance-making that highlights intuitive engagement, performative alchemy and cross-disciplinary collaboration. My appetite is certainly whetted.

Dancemakers’ MiniFest runs at Dancemakers Centre for Creation from June 13 through 24. Tickets are on sale now and can be purchased online at dancemakers.org. 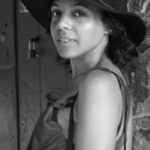