Anna Karenina might land herself in trouble by cheating on her husband, but she can’t cheat death. Her tragic narrative and constant suffering drives this classic story by Leo Tolstoy, which follows the chaos and consequences of her indiscretions. Likewise, choreographer John Neumeier’s Anna Karenina, presented by The National Ballet of Canada in its North American premiere, presents a contemporary version of the tale.

We first meet Anna (Svetlana Lunkina) as the doting wife to rising politician Alexei Karenin (Piotr Stanczyk). She looks and acts the perfect first lady and mother to her steady husband and her energetic son, Seryozha (Spencer Hack). Happiness is soon interrupted by a phone call from Anna’s unfaithful brother, Stiva (Naoya Ebe), who leads her to what would be a perfect meet-cute with the young Count Vronsky (Harrison James) at the train station.

Again, we’re not able to bask in happiness: the scene is interrupted by the death of a muzhik, a Russian peasant worker (Kota Sato) — a heavy-handed sign that their relationship is doomed. If the initial death weren’t enough, the slow rising of the muzhik’s corpse and frequent reappearance torments Anna. In Act II the muzhik slowly drags himself into the scene before snapping into a series of jarring and terrifying motions. He crawls and pulls at Vronsky and Anna, who struggle against him. The lighting by Neumeier and Ralf Merkel casts a putrid neon yellow, making the whole scene more unsettling.

As the story’s leads, both Lunkina and James perform well alone, but they evoke more emotion together. In Act I the focus is passion, brought to life by weightless lifts, tight rolls and fluid spins that conjure their desire. Lunkina’s acting following Vronsky’s injury is gripping. She clutches at him in a panic, landing her in a mess of trouble and ultimately throwing her life into disarray.

It stands to question, though, why Anna is so tortured throughout the play while her brother, Stiva, a serial cheater, manages to avoid consequences. The fact that women suffer more in situations of infidelity, regardless of whether they’re the perpetrator, is well-known. Neumeier uses this societal understanding to his advantage with not only Anna but also her brother and his wife.

During the first infidelity-related incident, Stiva is discovered with the family’s nanny by his wife, Dolly (Xiao Nan Yu), who performs their argument with incredible rage and physicality, with flying hands, waving arms and stomping feet. Yu’s ability to ground herself and her body in one moment then launch herself across the stage with large bounds and soft landings in another allows for a strong delivery of the piece. She threatens to leave him, but their children hold her back, keeping her on his arm and in an unhappy marriage.

Aside from the main story are interspersed moments focusing on Levin (Félix Paquet), the wealthy farmer who falls for Vronsky’s ex-fiancée and Dolly’s sister, Kitty (Antonella Martinelli). While Paquet displays masterful control, he never quite seems linked to what’s happening in the story. In some retellings, Levin’s story is also Anna’s. But in this production there’s a divide that prevents a true connection from ever occurring, in part because Levin’s sequences are set to Cat Stevens’ music, breaking from the rest of the ballet’s orchestral score conducted by David Briskin.

The most charming moments are those with Anna and Seryozha. While she does not love her life, she loves her son, and this love is shown through their playful back and forth. In one moment, she offers him instruction while holding his leg and helping him complete his turns. Their Act II reunion is the perfect reprise to their initial scene. The two embrace and play, and their overlapping hand movements suggest that each needs the other to stand strong.

During the stunning closing scene, Anna reappears in society. Lunkina gives an inspired performance as the tortured woman who cannot choose or have what’s best for her. Missing her son and feeling betrayed by Vronsky, she is ignored by all of the ballet’s characters in the final moments of chaos while Tchaikovsky, clear at first but played with increasing distortion, leads her to the brink of her mania. Anna’s suicide is much quieter and, in its own way, more striking. Her final movements are shaky, frantic and erratic, although contained, and her immediate disappearance is stunning in its execution.

Although Tolstoy’s Anna was written over a century ago, the themes hold true today. At a time when more women are standing up for themselves, why are so few respected for doing so? Anna is through and through a woman kept from happiness by a predominantly male society. She is consistently punished for her infidelity, although no man in her life faces consequence for committing the same crime. It was a commonplace occurrence in Tolstoy’s time, and given that it’s still not an unbelievable story over a century later, Neumeier’s Anna leaves us to question whether women have autonomy in a world run by Karenins. 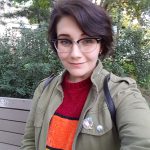 By Isabella Perrone
Read more by this author