Now gearing up for its twentieth edition, the Canada Dance Festival (CDF) offers an important accounting of the state of the art of dance across the country. With regular “off-year” events and a full-on festival every other year, CDF is dedicated to growing audiences in the Ottawa region and providing a meeting site for dance artists across regional, generational, cultural and disciplinary lines.

This year’s event opens on June 4 with a full schedule of contemporary, hip hop, site-specific, indigenous and ballet (yes, ballet is back for the first time since 2010) performance.

Artistic Director Jeanne Holmes admits readily that it’s no mean feat to aggregate the small, yet far-flung, national community for public presentation each year just as festival season starts to beckon in the National Capital Region of Ottawa and beyond. “Balancing the festival is always a challenge,” she tells me over the phone. “The timing is tough — it’s at the end of the season for many companies, and there are just so many other festivals. But as with every other year, we’re looking at a mix of styles and temperatures of dance.”

Holmes is excited to kick off the festival with Frédérick Gravel’s Usually Beauty Fails. “Gravel’s a big deal in Europe and Montréal, but he doesn’t necessarily tour across the country consistently,” she says. “For example, he’d never performed in Ottawa before we brought him in last year.”

In our conversation, Holmes refers to many of the festival’s artists, like Gravel, that she personally feels are changing the landscape of dance in Canada but who may “fly under the radar” in terms of mainstream appeal. They include Toronto’s Ame Henderson (presenting the duet Out of Season with the remarkable Croatian artist Matija Ferlin), Montréal’s Mélanie Demers (her Animal Triste is receiving its world premiere at CDF), Winnipeg’s Freya Olafson with HYPER_ and La Grande Fente, also from Montréal, an all-female group who will perform the humorous feminist work Sans Lactose. 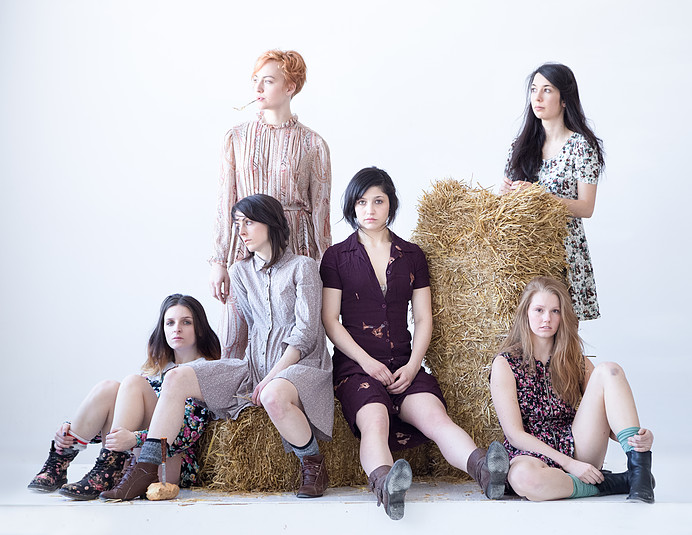 Ottawa has an interesting history with dance, and Holmes mentions that the festival is consciously supporting efforts to grow the contemporary dance community there. “It’s a community with challenges, very much in the shadow of the National Arts Centre (whose robust national and international dance program is curated by former CDF AD Cathy Levy).” Holmes feels this makes it extra important that the festival lend support. “There’s something really exciting about rooting the festival really strongly within the Ottawa dance community; there’s great energy around that.”

To this end, CDF is partnering with the Ottawa Dance Directive (ODD), a contemporary arts space for dance, to create a festival hub at their location in Arts Court (a venue that acutely resonates as the former home of Le Groupe de la Place Royale, an important pillar of contemporary dance history in Canada).

ODD will also host some edgier “off” co-programming, including the ODD is OFF mixed program with new work by Yvonne Coutts and Marilou Lépine, as well as Justine Chamber’s Family Dinner: The Lexicon.

“We’ve had a real focus on changing the dynamic and relationship between artist and audience,” says Homles, especially in off-year programming. Bringing the Family Dinner project from the West Coast perpetuates that aim — the micro-scale, immersive performance takes the shape of a private dinner with a shared audience/artist choreographic score based on social cues and personal memory. To date, most performances of this intimate dinner event are sold out, but there is still space for The Lexicon, a choreographed distillation of material compiled during previous dinners, on June 10.

Over the past few years, Holmes, whose first fully programmed festival took place in 2013, has been a steady hand at the wheel. After partial repayment of a crushing inherited debt to the NAC and some painful funding cuts that the debt provoked, CDF seems fairly stable and ready to carefully expand its horizons. Imported popular initiatives such as Porch View Dances, Older and Reckless (both very successful Toronto projects) and the Montréal collective, La 2e Porte à Gauche (presenting Rendez-vous à l’hôtel at and in partnership with Ottawa’s Alt Hotel), should help as projects that further develop the audience demographic by involving non-dancers, interesting pairings and/or non-traditional venues. 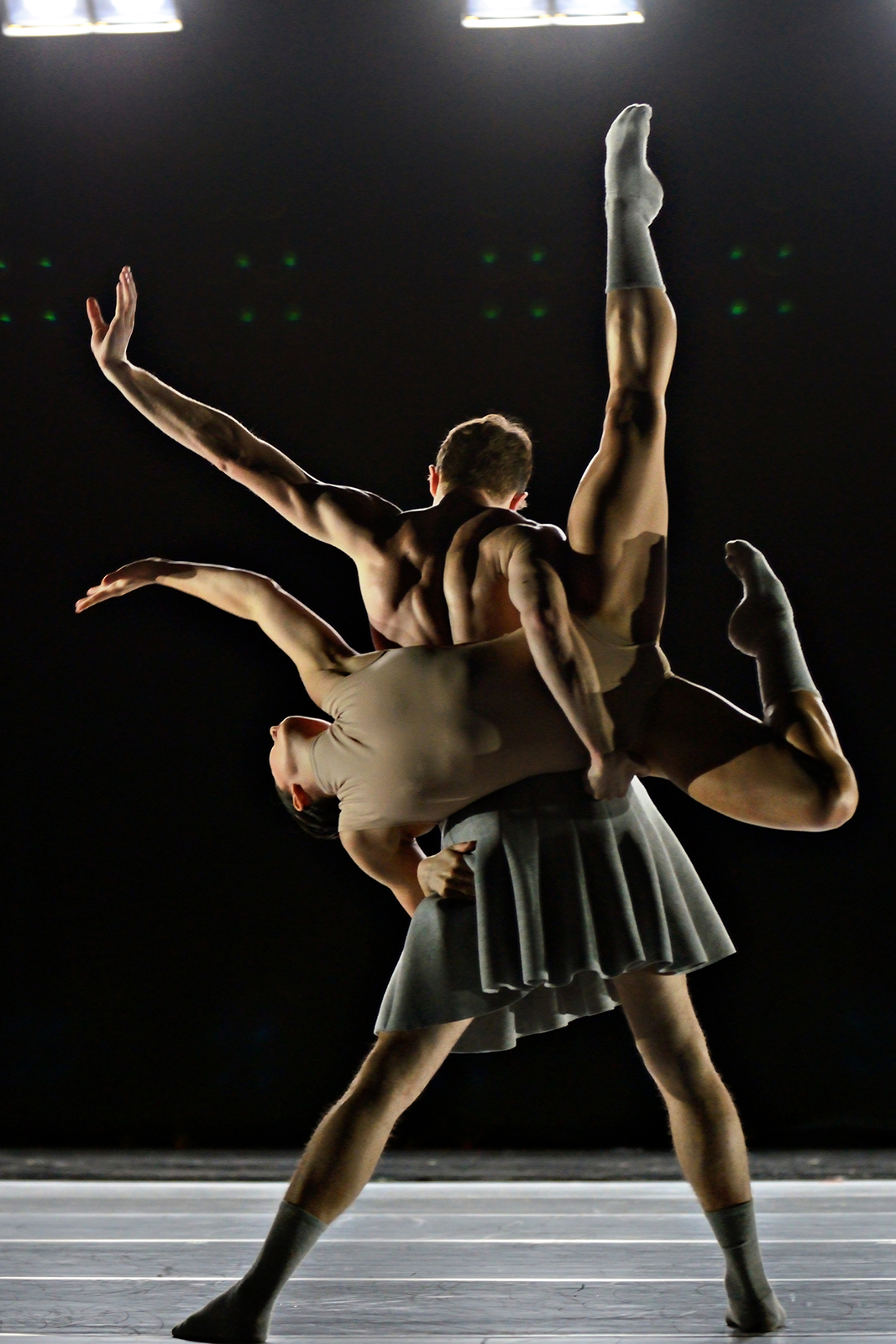 And then there’s that much-anticipated return of ballet. Vancouver-based Ballet BC will bring Bill by Sharon Eyal, Solo Echo by Crystal Pite and 16 + a room by Artistic Director Emily Molnar to the NAC on June 8. “We invited Ballet BC for a specific reason,” says Holmes. “The company is clearly looking at contemporary ballet expression, rather than the more classical version of the form. I feel this suits the energy of the CDF right now.” Additionally, the Ballet BC choreographers are well-known to NAC dance patrons, who, Holmes admits, “have proven to be a tough nut to crack these past few festivals. This is an opportunity to reach out to those patrons.” This is the kind of strategic thinking with which good programmers must balance their personal artistic preferences

Though the programming vision that has resulted in this cornucopia of dance riches remains very much Holmes’, she’s excited that veteran producer Jason Dubois (formerly of Dance Victoria and The Dance Centre in Vancouver) has joined the CDF team this year as producing director. “Jason is an exceptional producer. He’s much better at doing a lot of the hard producing work — communications with company management, administration etc. — than I am,” Holmes says, laughing.

The shift in administration came about just as Holmes was invited to take on an additional job working for the City of Toronto. Here she’s bringing her programming chops to the city’s cultural office for large-scale events such as Doors Open and Nuit Blanche. Her focus as programming supervisor is the much larger palette of contemporary visual art for the masses –very different environment, yet there are similar objectives.

“You use the same muscles in contemporary visual art that you do in contemporary dance,” says Holmes. “You’re watching for the visceral response and the connection to the audience.” That said, Holmes says she is reminded daily of what she doesn’t know about how this kind of work is made. Having worked in dance for all of her adult life, Holmes says she is happy to be developing her cultural knowledge base. “It’s an exciting challenge.”

Back in Ottawa, the tulips are blooming and Holmes’ dance programs are set to take flight all over downtown Ottawa. These are promising times for a national institution that has had its ups and downs over the years and that still may not be entirely out of the woods.

“CDF used to be the place where international presenters came to see work. It used to be a real marketplace that way and I think that fell off,” says Holmes. Whether that market aspect returns or not is unknown, but Holmes is cautiously feeling an upswing.

“We’re selling tickets fairly well in advance of the festival this year, which is a bit of a deal for us — usually that’s much more last-minute. I think this year is the tipping point. It took us a few years to find our footing and we’re just now seeing some return on our investment around the outreach and participatory shows we’ve presented. It’s about rebuilding that trust with the audiences that had stopped coming to the festival. It does take some time. Last year we had some national media coverage as well as some great local presence. Fingers crossed that will happen for us again.”

Canada has many performance festivals, with artistic mandates that come and go. Only CDF uniquely exists to create a snapshot of what dance looks like in Canada today. Members and fans of the Canadian dance community should definitely pack a bag and go.

“I feel that it’s important for the national community to have a place to come and be together for a few days,” Holmes reiterates. “For me that’s a big part of what the festival should be, and has been, and it’s starting to become that way again — a kind of gathering place where people can hang out together at the bar, take a class maybe and see each others work.”

CDF runs June 4 through 11. For the latest information about shows, master classes, film screenings and other events at this year’s CDF, visit canadadance.ca.

By Kathleen Smith
Read more by this author